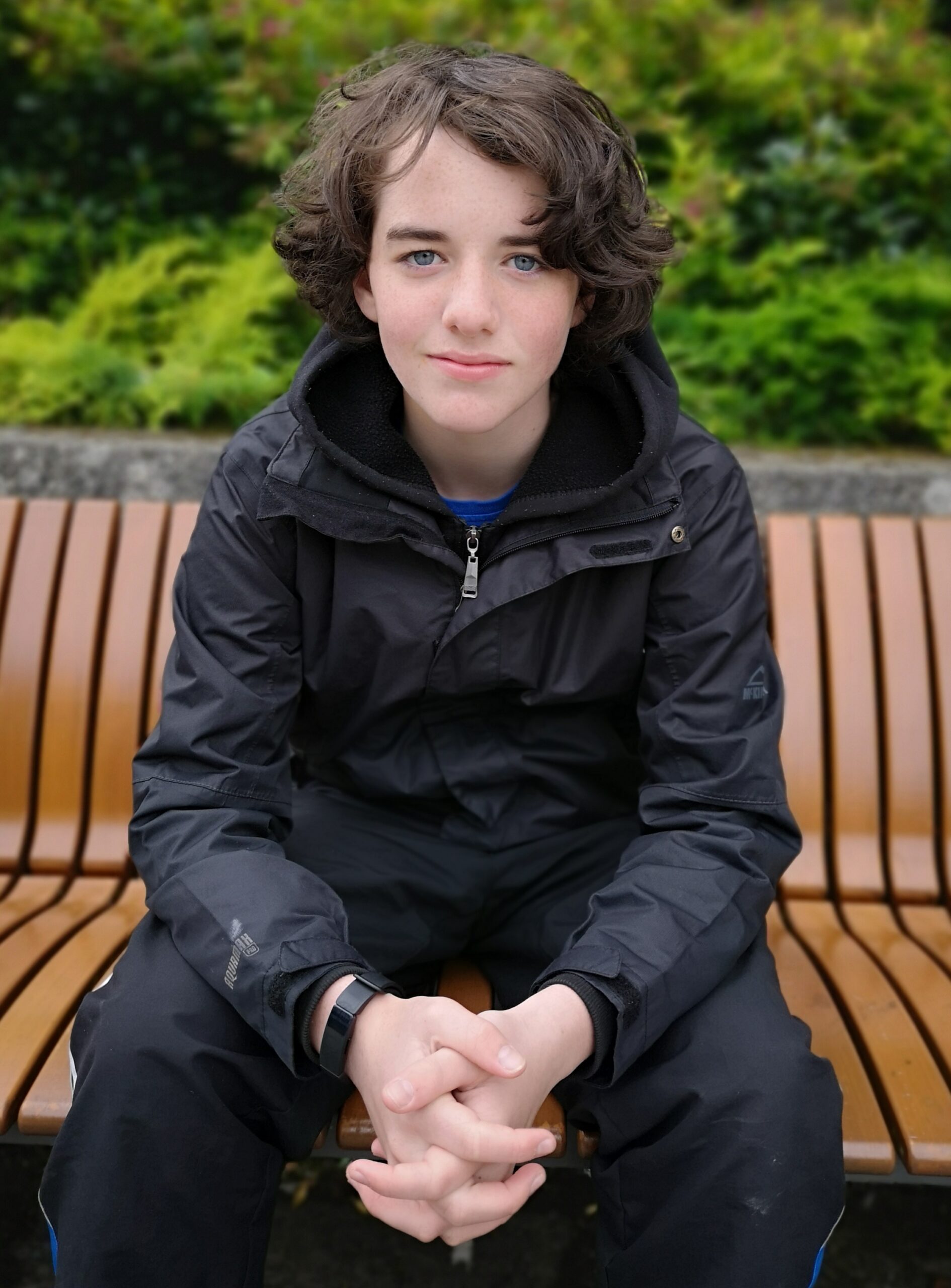 He’s launched an online shopping fundraising effort which enables members of the public to help Future Choices’ users by simply shopping as they normally would after registering with shopping websites Easyfundraising and Amazon Smile.

Once registered,  members simply do their normal shopping and a small percentage is then donated to the charity by the retailer – not the customer.

“To be fundraising in this way is really good as it actually raises money without the buyer giving any extra. So it’s a win-win all round.”

So far Lucas has raised around £26. He has produced an information film which can be watched on the following link; https://youtu.be/DmIHu_vf0ZM

“To have Lucas leading this unique fundraiser is these most challenging times shows real determination to still help and support the most vulnerable.”

There is a Facebook page so that the public can keep up to date with the ongoing project.
https://www.facebook.com/ShoppingFundraiser/ 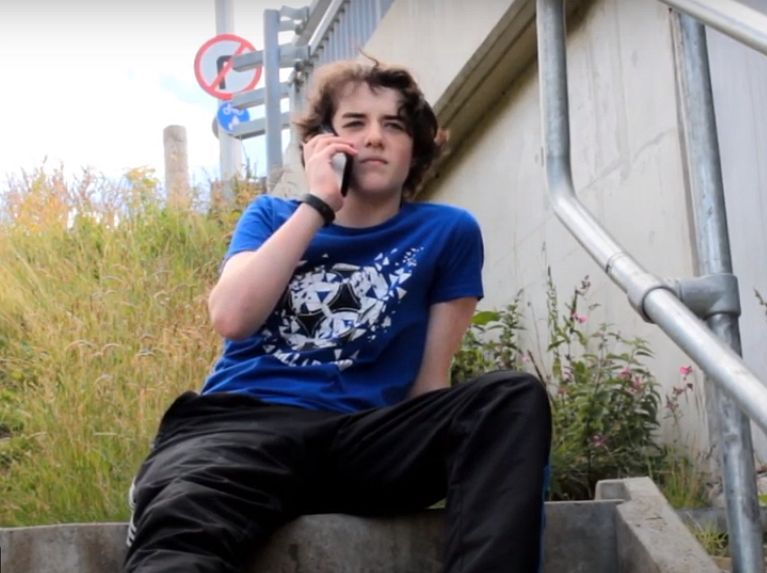 Covid-19 has had a damaging affect on the whole of society, however it’s not all doom and gloom.

Two local teenagers, who are life long friends, have stepped forward to help support their local community, particularly those that are physically disabled.

Ryan Bannerman (14) from Northfield, currently doing his Saltire Awards volunteers his time for local voluntary led charity Future Choices, a charity which provides social inclusion and recreational activities, however due to the current pandemic, the charities activities are currently suspended.

“Helping the most vulnerable is a really good feeling.”

“I’m so excited to help the most in need during these tough times.”

For both teenagers, the challenges of going back to a new school routine and academic year is a hurdle in itself so trying to help the community via an online fundraiser is very commendable.

Both Ryan and Lucas have learnt a great deal by doing their Saltire Awards and take pride in the community work they both do. They hope that their appeal will raise much needed funds and inspire other young people to volunteer.

The funds they raise will help to provide vital support to help those most vulnerable adults post covid-19, and to help engage them in social inclusion by breaking down the social isolation barriers they have had to endure since March.

You can check out their special film and view their Crowdfunding page at: 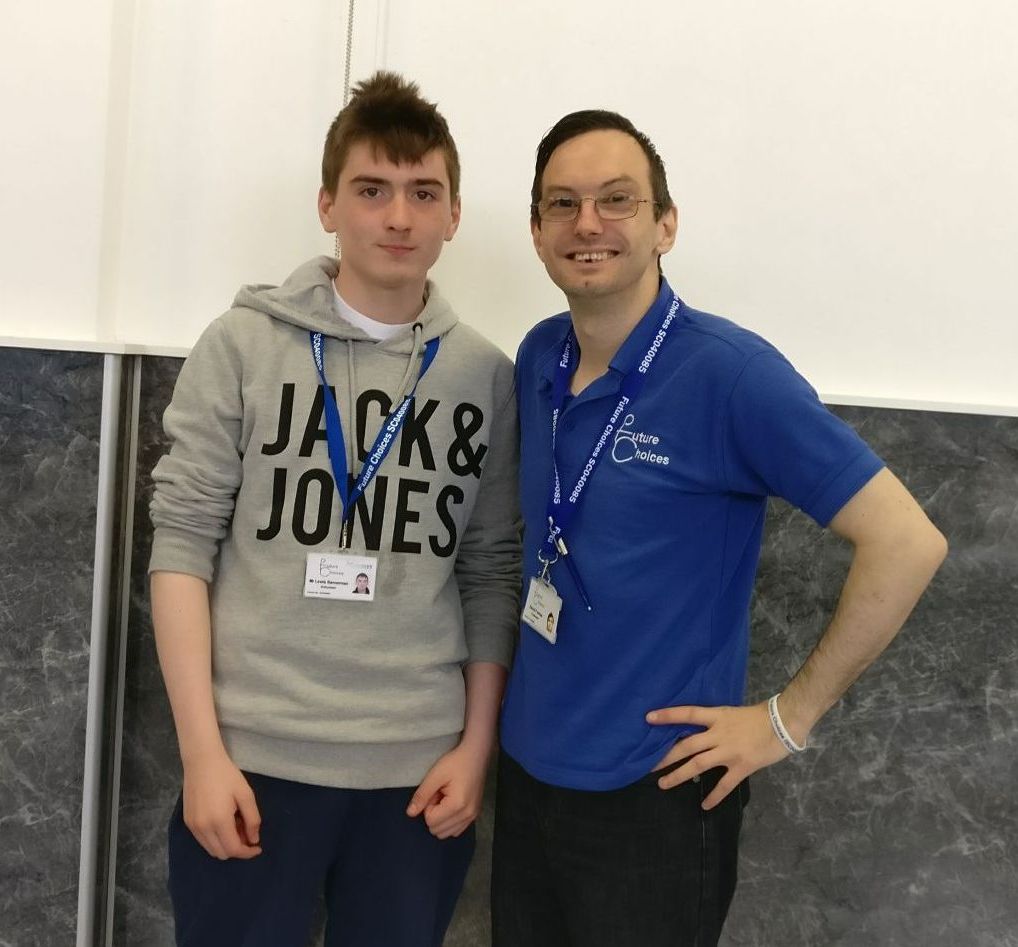 A local Voluntary Charity is to recognise one of their dedicated volunteers.

Future Choices, based at Inchgarth Community Centre, Garthdee, which supports adults with a Physical Disability will have one of their youngest volunteers lead the charity on the forthcoming Celebrate Aberdeen Parade on Saturday 26th August.

The young volunteer, Lewis Bannerman, is currently working through his Saltire Awards, a programme that recognises young people volunteering within their local community.

“Since Lewis has started volunteering with Future Choices, he’s already reached his 25 hours stage so far and is actively involved in various tasks, a shining example of the good things young people can achieve. It is with this dedication that Lewis has shown, I have chosen him to lead the charity down on the parade with pride and I’m thrilled he accepted the request”.

“Since Lewis has been volunteering with Future Choices, he’s been very active, so to hear from the Chairman, that in order to recognise Lewis’s amazing efforts, he’ll lead the charity down union street for the upcoming Celebrate Aberdeen Parade. His Dad and I are incredibly proud of him”

Future Choices will turn 10 years old next year and have a busy programme from now until next year in which Lewis will play a key role.

“It’s always amazing when young people come forward and want to help support others and I feel through the Saltire programme, this is hugely beneficial, Lewis is going to go from strength to strength and he will inspire others and I congratulate him on that” 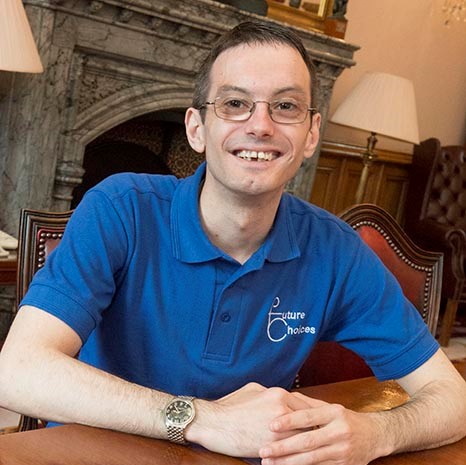 Local Charity Boss, David Forbes is calling on city Councillors to bring back the much loved Taxi Card Scheme.

Mr Forbes who is Chair of Local Voluntary Disabled Charity Future Choices is hoping something can be done.

“Since the scheme ceased in 2010, so much has changed, disabled people are struggling even more, so if the council can relieve some financial pressure to help disabled people, that can only be a good thing”

David added “Disabled people can find themselves extremely isolated and prisoners in their own homes, if the council can find a way to make things better, im all for it.

Mr Forbes has set up a Facebook page, for those wishing to support his campaign, you can find the link here 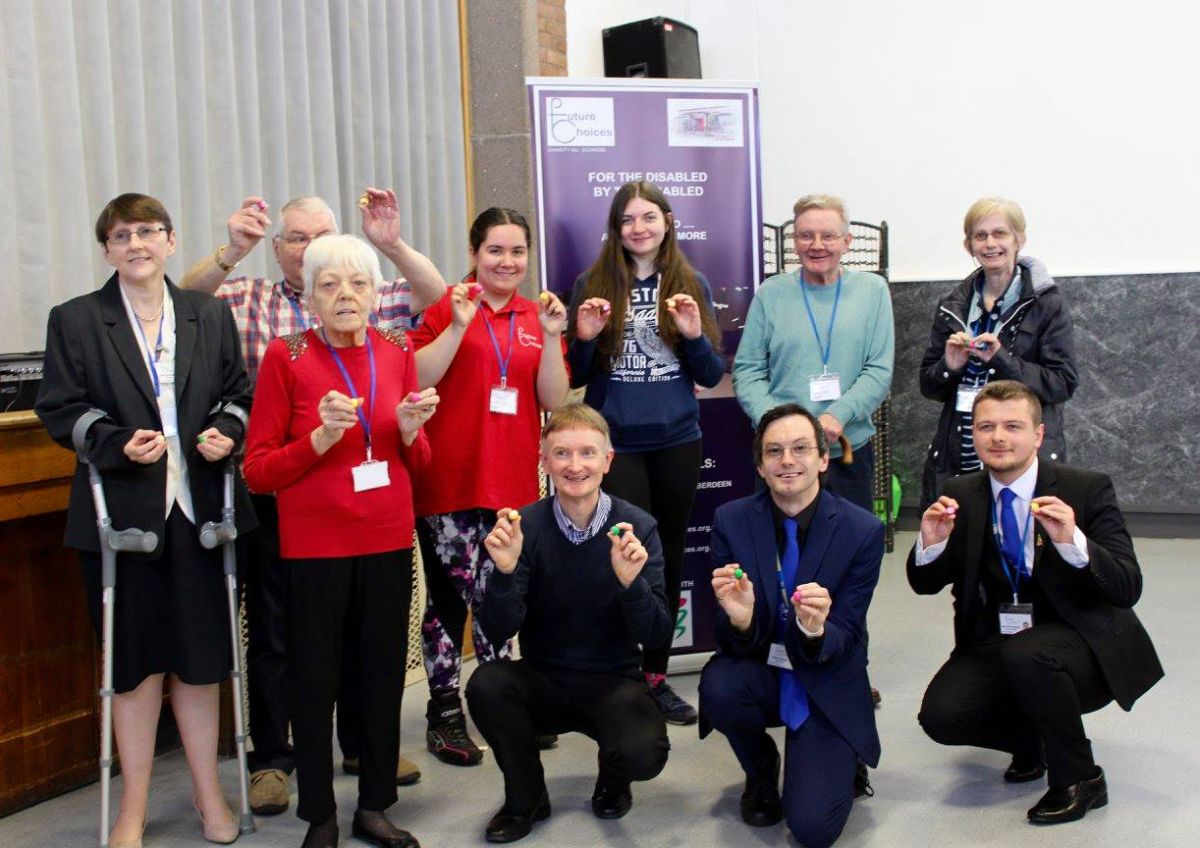 Future Choices, which is a local, voluntary charity based at Inchgarth Community Centre, Garthdee, supporting adults with a physical disability to gain social inclusion, has launched a new fundraiser, where everyone can get involved, to support such a vital cause.

“One of the main jobs running a charity, is raising much needed funds to keep funding what we do within the local community”

Future Choices is in it’s 9th year now and is growing from strength to strength by continuing to reach out to more people within the community.

“I would encourage as many people to get involved, the first prize we have up for grabs is superb and it’s only £5 per number”

If you wish to support Future Choices, please follow the link https://www.justgiving.com/campaigns/charity/futurechoices/bonusball-2017 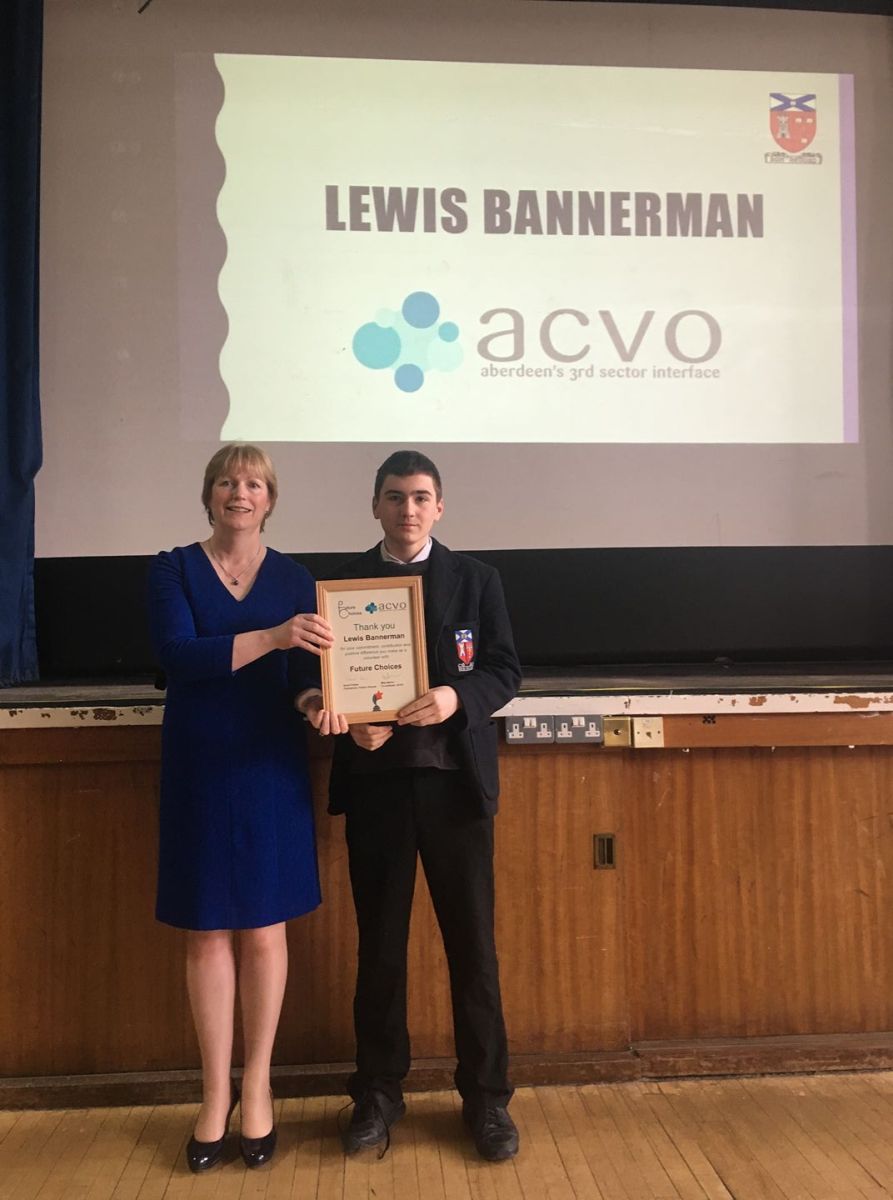 Local voluntary charity Future Choices, which supports disabled adults gain social inclusion, have had the help of a new volunteer in their bid to attract more young people to get involved on a voluntary basis.

Lewis Bannerman takes the lead role in the Charities new promotional video, which is telling the story of what Future Choices is all about and how people can get involved.

“Having Lewis involved with this exciting project was so amazing, to see someone young and energised and happy to help should be an inspiration to all, and show the public that not all young people are “bad””

“As Lewis’s mother, im bursting with pride that he has had the opportunity to participate in a lead role aiming to inspire other people, particularly the young generation to help out good causes.”

The Charity is in it’s 9th year and is looking for not only Volunteers but also Volunteer Drivers, to help keep their 2 buses on the road. 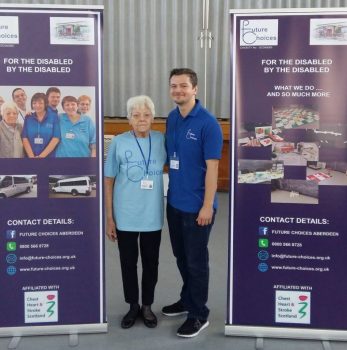 Future Choices is a local voluntary run Charity which provides social inclusion and recreational activities to some of the most vulnerable adults within the city.

To Celebrate this Anniversary, the Charity has teamed up with Fashion Guru, Lydia Kemunto, Director of Aberdeen Fashion Week to showcase some amazing fashion as well as putting on some amazing entertainment.

“At Aberdeen Fashion Week, we are very passionate about supporting our community, that’s why we decided to be part of Future Choices 8th birthday celebrations. We will be doing a fashion show with 4 of our designers. We are very proud to be associated.”

“Future Choices Celebrating 8 years of Voluntary work within the community touching so many lives in such a positive way is an amazing achievement. Without the support from the people of the city, we wouldnt be where we are now, so I thank you all so much.”

The Charity has also launched a TEXT giving service,so to donate to Help Future Choices raise much needed funds to help them carry on their voluntary work. 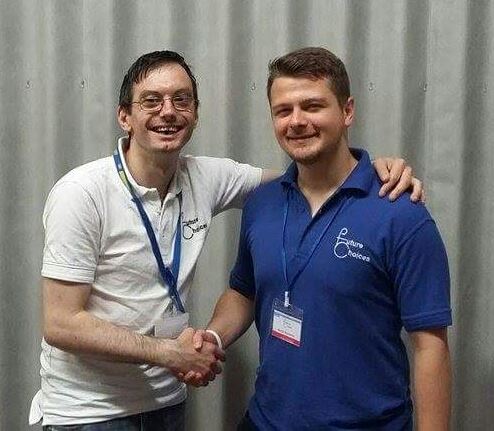 Devon Thompson (21) joined Future Choices a few years ago and then had to leave to pursue others life commitments before recently returning to help out with many of the Charity’s key projects.

He works tirelessly to make sure the members are catered for when the group meets up every Tuesday from 11-2 at their base at Inchgarth Community Centre in Garthdee.

“Having Devon on my management committee has been a tremendous asset to running the group and now he’s taking the role on as my deputy, he’s the perfect man for the job, young, energetic and very inspirational. In my view this is the greatest motivation to many young volunteers out there – that you can achieve success with hard work and determination.”

“I am deeply and truly honoured to be elected as Vice Chairman of Future Choices. I have served in the care sector for four years now and have never come across such a dedicated and hardworking Charity, with a constant hunger to grow and develop as an organisation that puts the emphasis on the well being of their members, I am truly humbled that they have shown support and faith in my abilities.”

“Devon taking up this role is very humbling to me as the Charity heads to it’s biggest milestone of 10 years in 2 years time, so to keep the group vibrant and progressive is something Devon will be involved with alongside me and the rest of my team.”

“It is my deepest desire to rise to the challenge and develop. In my experience, collaboration is the stuff of growth and I look forward to working further with the committee to provide for our members greater choices, for the future.” 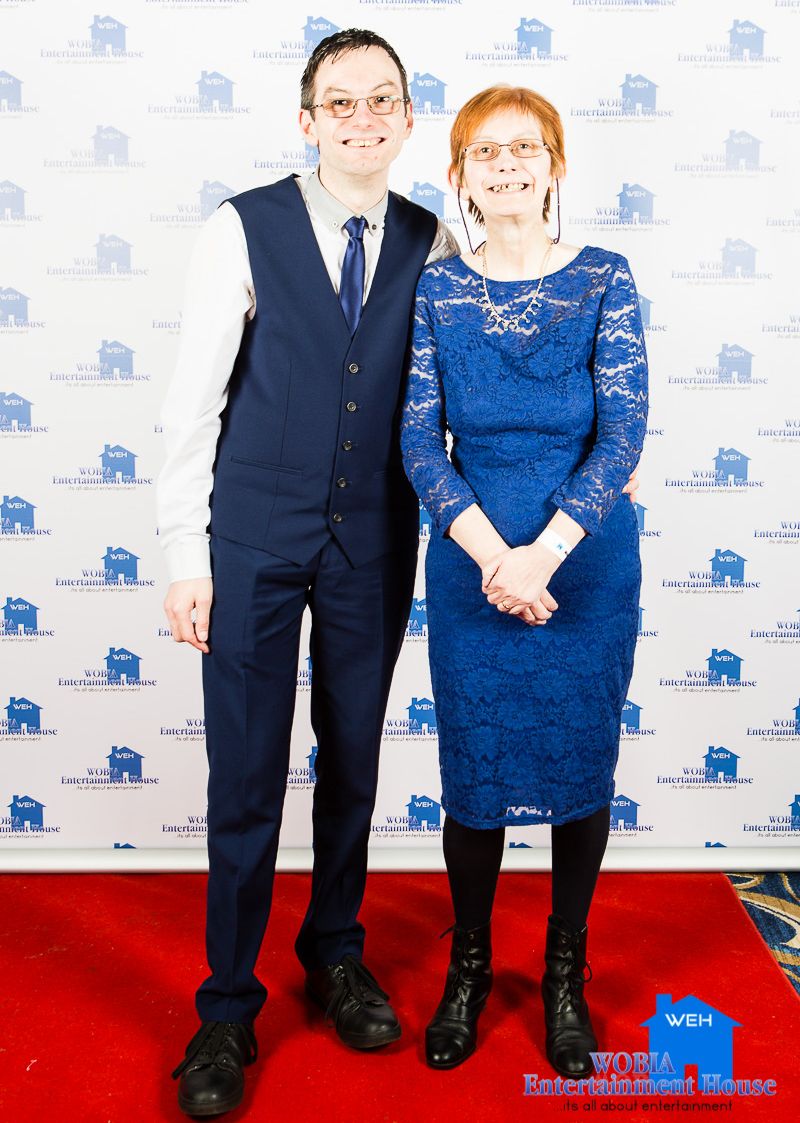 The awards ceremony recognises a vast amount of people from all walks of life to recognise the contribution they give to society.

“The public were encouraged to vote for me for Male Role Model of the Year, which in itself is a huge honour. To win, however, is simply amazing and feels incredible., so I want to say a massive thanks to those that voted for me.”

David was then awarded Special Recognition for Services to Humanity.

“When you do things that you love doing and you see it benefiting others, that is in my view the best ever feeling, seeing people who can be so isolated, smile, that’s just priceless.”

David runs the local voluntary charity every Tuesday at Inchgarth Community Centre from 11am -2pm, and the group provides vital social inclusion for those who may not get out and about due to many life challenges. Visit www.future-choices.org.uk

Whilst most Charities seek your help when it comes to funding.

The Charity which is 100% run by a dedicated team of Volunteers needs more drivers to come forward and help.

Most members who use the service rely on being collected by their dedicated bus, but if they have no driver available on the day – the Charity automatically grinds to a hault.

“It’s so hard especially these days to seek volunteers to help out but to seek voluntary drivers is even harder, and that’s why im making a desperate plea to people who could help, to come forward.“

Future Choices runs it’s weekly service supporting the most vulnerable in the community every Tuesday from 11am at their Garthdee base, Inchgarth Community Centre.

They need volunteer drivers to come forward and be able to help from 9am till around 4pm on a Tuesday.

“The worse case scenario would be to suspend the group gatherings if their was no drivers available – which would completely devastate the community and the charity and it’s members.”