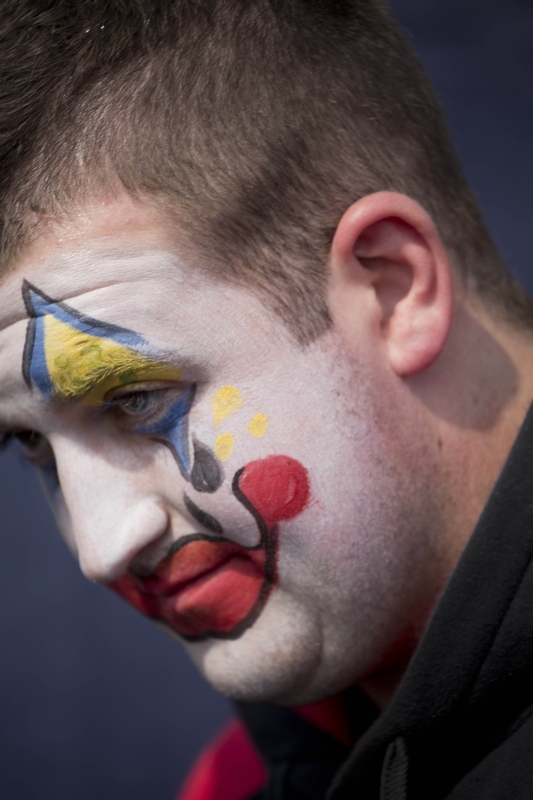 In the recent “Aberdeen Parking Permits To Hit Garthdee Residents” article Aberdeen Voice looked at how the elected councillors and paid officials of the Granite City have seemingly decided to use the easy option of targeting car parking to make a bit of cash.

Since then more information has emerged to back up this assertion and a further residents meeting has taken place to discus the issues involved.

Aberdeen Council also had a meeting to discuss the matter.

In typical council speak it was called something like “EPI Committee Meeting 12/11/2013.”

If you had been fortunate enough to be there, you might have heard Cllr Mrs Angela Taylor saying that it was “unfortunate” that the previous administration had misled the residents over the fact that they might have to pay for parking permits in the future.

This in many Garthdee and indeed many Kaimhill residents’ eyes, raises some quite serious questions regarding the validity and legality of the proposed CPZ (Controlled Parking Zone) charges.

“what difference does it make which administration put the parking restrictions in place, if they are wrong then surely that is the important thing.”

“I can understand folk in the centre of town having to put up with this” said another “but in Garthdee? I know we have a student parking issue but to be honest that’s not a huge problem. RGU have been offering to pay to sort it out, why don’t the council just tell the officials to talk to them?” 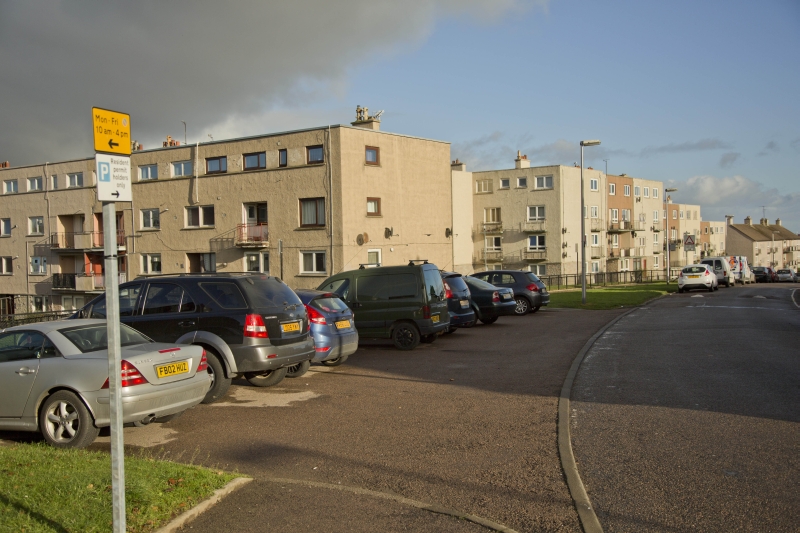 The financial implications for the people of Garthdee and Kaimhill are clear. Pay up to £200 each year to park outside your own door of face a fine of £60 per day.

This is an area of mixed fortunes.

Only around 49% of houses in Garthdee are owner occupied.

The rate of car crime is higher than the city average. The rate of vandalism is double the rate for the South of Aberdeen City.

Garthdee has a 2% unemployment total compared to the Aberdeen average rate of 1.6% plus a higher than average claim rate for Severe Disablement Allowance leading to calls from relatives of disabled residents to scrap the unfair charge.

Garthdee is not in the same league as some other Aberdeen inner city deprived areas, but it is certainly not as affluent as the adjoining Morningside where, just 100 metres away across the Old Royal Deeside Railway line residents are, until now, blissfully unaffected by any threat of parking restrictions.

Aberdeen City Council are of course looking to curb expenditure and in these times of economic distress are perhaps understandably looking to take in revenue wherever they can.

It’s no real surprise then that according to EPI Committee Report EPI/13/203 the council makes a hefty surplus (council speak for profit) on parking charges city wide.

Figures suggest that in recent years income from parking fees has totalled around £6.4 per annum with around £3.5m in costs. The resulting surplus of £2.8m has been used seemingly for “various transport projects throughout the city.”

“Who can tell in the absence of a judicial review?” said one resident? 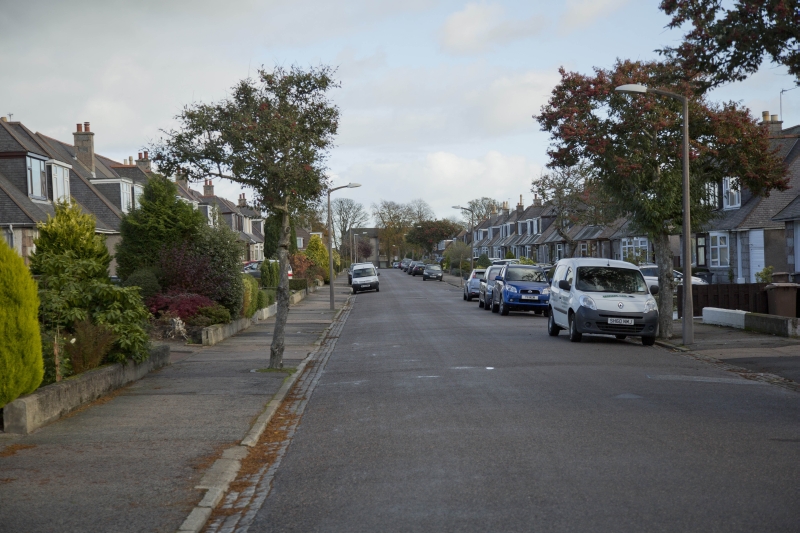 What is certain is that the residents of Garthdee stand to lose a fair chunk of their disposable income due the decision of their elected representatives to impose a parking charge tax which many feel is not only quite unfair but also completely unjust.

The poorer residents of Garthdee will of course be particularly affected and many local folk are angry at the seemingly uncompromising stance of those whom they elected to represent their interests. Many feel that this situation must be rectified and rectified very soon.

RGU (Robert Gordons University) have been blamed for causing the problem due to the expiry of a claimed “10 year agreement” which the council seem reluctant to re-negotiate. RGU has helpfully published a map which advises students where to purchase parking tickets and suggests streets available to park in within the city.

Many residents of Aberdeen will wonder why their elected representatives are seemingly targeting the poor and vulnerable. Many will just shake their heads and say “it doesn’t affect me.”

In situations such as this it is often useful to recall the words of Pastor Martin-Niemöller:

If this situation resonates with you then consider contacting your local Aberdeen councillor to ask if they have any views on the issue.

Parking permits are to be applied to Garthdee residents, a move which Duncan Harley describes as ‘A Scottish Labour disgrace’. 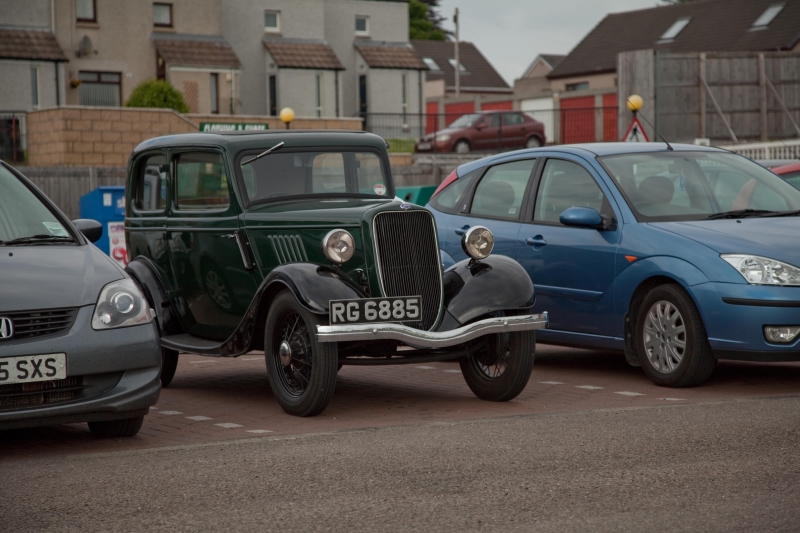 The councillors and officials of the Granite City have seemingly decided to use the easy option of car parking to make a bit of cash.

From 1st August 2013, parking charges apply to Garthdee residents who wish to park outside their own house.

“Any resident who has an existing permit will be required to pay if they decide to renew their permit(s).
Please note: the council will no longer issue Permit Renewal Reminder letters after 31 July 2013. Permit holders must be aware of the date their permit(s) expires. Permits can be renewed from 20 days prior to its date of expiry.
The cost of a permit is as follows,     1st permit – £80.00,     2nd permit – £120.00.”

The local government regulations attached to lamp posts in the area helpfully inform residents that:

“There are 2 types of permit available. Fixed permits are only valid for one specific vehicle and cannot be transferred to any other vehicle. The vehicle registration number must be declared on the application form. The keeper of the vehicle must be resident in the household.  Flexible permits can be used on any vehicle, e.g. a visitor’s vehicle. If applying for only 1 permit, you may choose either type of permit, Fixed or Flexible.

“If applying for 2 permits, only 1 of the permits can be Flexible. Vehicles must be: A passenger or lights goods vehicle weighing less than 3.5 tonnes and designed for less than 8 passengers (driver excluded). Permits must be displayed on the vehicle windscreen and are only valid for use within the designated residents only, on street pay and display, ticket zone and voucher parking bays.

“You are not guaranteed a parking space in your zone. The maximum number of permits that an address is entitled is 2. Permits are not required for motorcycles which may be parked free of charge in any parking bay. We ask that motorcycles are parked perpendicular to the kerb (front of wheel facing the kerb).”

A reading age of at least fifteen is required to make sense of the new rules, and a fine of huge proportions awaits those who fail to comply. If you own a new BMW or a knackered Fiesta the rules are just the same. Pay up or get fined up to £60 a day for parking in your own street.

All well and good of course: if you own a car, you are liable to pay for parking in busy city streets. But outside your own house and in a residential satellite scheme three miles from the city centre?

Dame Anne Begg, who has been the MP for Aberdeen South since 1997, was contacted by a resident. Could she take up the case on behalf of the folk of Garthdee? Could she fight their corner on this issue? Could she empathise with constituents who are being bullied by Aberdeen City Council and forced to use hard-earned funds to buy a licence to park outside their homes? Seemingly she is powerless to fight the issue.

At a recent meeting in Garthdee Community Centre to discuss the issues, one 73-year-old resident pointed out that if she needed her house repaired for any reason she would now require a visitor’s permit to allow a tradesman’s van to park outside her door. If family or carers visit they too would require to use her visitor’s permit.

“what if I call the doctor and he won’t come unless I have a parking permit?”

Many residents feel that Garthdee has plenty of kerbside parking. In fact many residents are too deprived to even own a vehicle. What is the council thinking of?

Aberdeen students protest in London over education funding and youth unemployment. With thanks to Xander Brouwer. 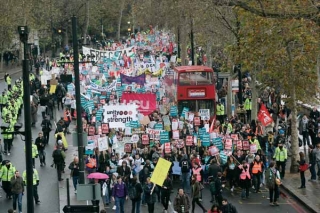 Aberdeen students joined over a thousand others from Scotland and tens of thousands from across the UK on the National Union of Students’ demonstration in London on Wednesday. They made the 24-hour, thousand-mile round trip to campaign against the impact of government policy and its lack of opportunities for students and graduates.

“Today, many students will make the long journey from Aberdeen to march with others from across the UK and make a stand against disastrous decisions by the Westminster government, decisions felt right across the UK.

“While Holyrood can do more in many areas, you don’t have to look far to see that some of the biggest impacts being felt by students can be traced back to Westminster.

“There is a crisis in youth unemployment, huge fees for RUK students, colleges losing their ability to recruit international students and the continued attempts to turn UK education into a market. All these are problems created by Westminster and need, ultimately, to be fixed by Westminster.

“We’ll be marching beside students from across the UK to make the point to the Westminster government that students and young people deserve better. They need to urgently reconsider their discredited austerity measures or risk consigning a generation to the scrapheap.

“They need to recognise that education and employment are the solution to a better economy, not something to put up barriers to, or shut people out of.”