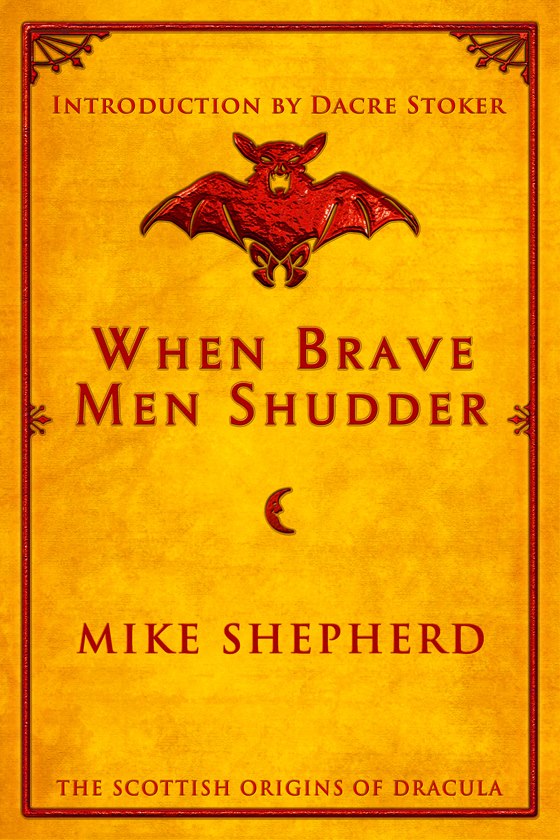 The Whitby Dracula connection is well established and has been extensively written about. Bram Stoker’s life and times have also been well documented. But until now, the story of how Stoker came to pen possibly the most talked about gothic novel in history whilst on vacation in and around Cruden Bay has been largely unknown.

Outwardly of course, Cruden Bay is just one of many coastal villages which dot the Aberdeenshire coastline. Claims to fame include a connection with Norwegian aviator Tryggve Gran, who took off from the local sands on an epic flight over the North Sea to Stavanger in the July of 1914.

Then there is the story of the Cruden Bay golf hotel where, for a few years at least, the rich and the famous came to relax and take in the sea air along the links.

Think Jeremiah Coleman of mustard fame and the families associated with Swan Vestas, Horlicks and Bovril.

There were vague tales about how Bram Stoker and his family had spent a few holidays in the area and the local hotel could point to an entry in the guest book written by Stoker and promising to come again.

With an introduction by Dacre Stoker, Mike’s new book is brim full of bite-size facts and with a cover based on an original circa 1897 Dracula edition this is clearly a book to get your teeth into. Well, that’s the vampire puns dealt with so onto the content.

Penned in plain language and meticulously researched, When Brave Men Shudder makes for a fascinating read.

Not only has Mike tracked down the various visits, there were thirteen at least, which Stoker made to the area; but he has traced the links between the man’s writings and the local community at Cruden Bay.

Local lore and superstition backed by an interest in the writings of Emily Gerard – who explored long-held Pagan beliefs flimsily shrouded by a ‘surface varnish of Christianity’ in Transylvania – must, says Mike, have excited Bram enormously.

“In contrast to the peasants of Transylvania, the residents of Port Errol didn’t believe in vampires and had probably never seen a bulb of cultivated garlic. Nevertheless, the similarities between the two widely separated cultures were evident.”

Stoker of course stumbled upon Cruden Bay, then known as Port Errol, completely by chance. Seemingly he had heard that the Aberdeenshire air was “very bracing” and in a quote from the man’s diaries Mike relates that when he first saw the place, he had fallen in love with it.

“this little-known Aberdeenshire fishing village with a population of 500 was about to change his life forever.”

Many of the landscape features which to this day inhabit the area would have been completely familiar to the Dracula author and Mike’s local knowledge, he lives in Cruden Bay, and careful research has identified landmarks which appear in Bram Stoker’s writings.

Sand Craig, an offshore rock, features in an early short story and the Scaurs – a jagged outcrop – seems to have fascinated the Gothic author.

Stoker apparently stared at the Scaurs for hours on end and may have explicitly referred to them in the Dracula tale:

When Brave Men Shudder is full of such references neatly linking Stoker’s Cruden Bay experience to passages in his writing.

Of course, it wasn’t all about the writing. Bram and his wife Florence formed sound links within the local community. Indeed, it seems that the locals took to him.

Long after his death one resident was recorded as saying that:

“Bram had a fine sense of humour always joking about something.”

While another recalled that:

“he became a familiar figure with his stout walking stick as he strolled along the sands and the cliffs.”

In essence, this new take on Bram Stoker is both surprising and occasionally scary. Scary because the portrait painted of the man who penned Dracula is that of a family man on a mission to explore that dark side of humanity which most only dream about.

Although the villagers portray him as a genial gent with a sturdy walking stick, his wife and child often became fearful of his moods and occasional outbursts. Perhaps a lifetime spent amongst actors had enabled him to immerse himself in his stories to the detriment of those closest to him.

As for surprises, it seems that Bram wrote extensively in the Doric, was married to a lady who had previously had a fairly serious relationship with Oscar Wilde and never really made much money from that book which, to this day, remains both a Hollywood staple and an international best seller. Who would have thought!

When Brave Men Shudder – The Scottish Origins of Dracula is By Mike Shepherd and is published in paperback (244pp) by Wild Wolf Publishing @ £12.99