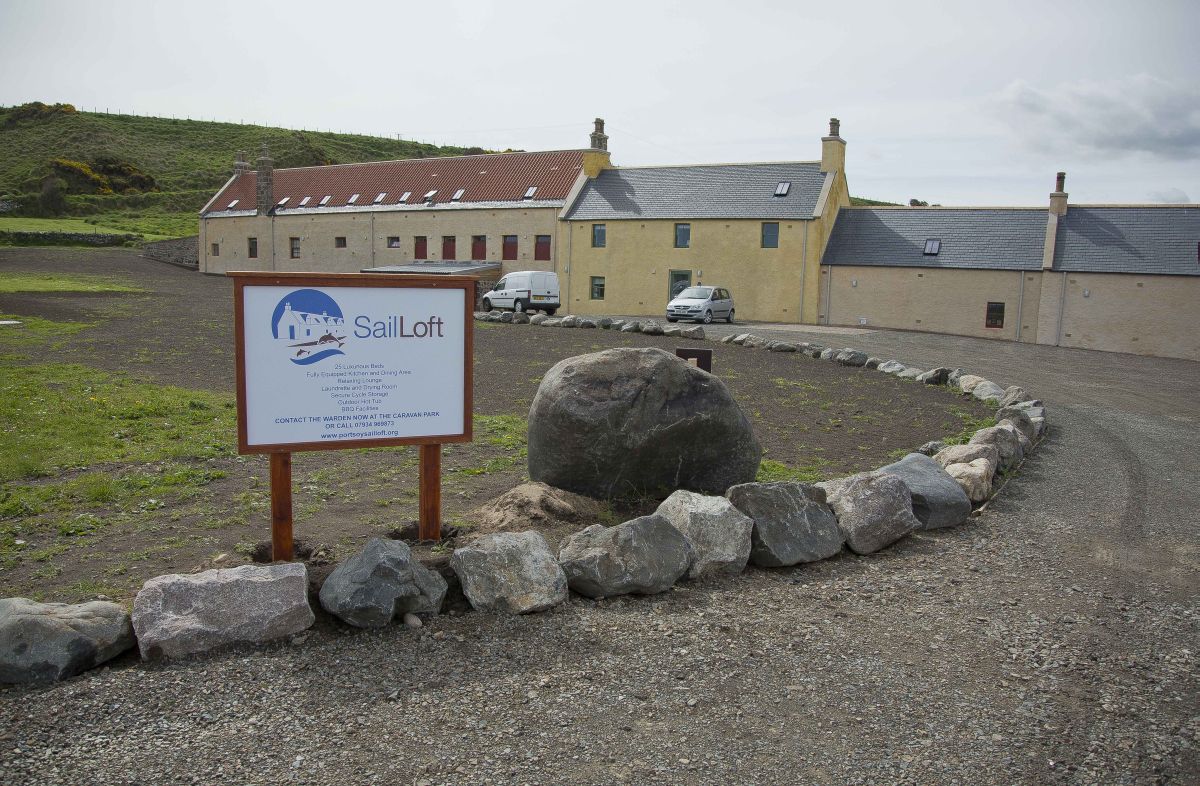 When newspaper columnist Cuthbert Graham wrote about Portsoy, way back in 1963, he commented that the town was one of the most progressive communities on the Moray Firth.
In his travel column, This is My Country, he wrote about the “triumphant success” of the town’s efforts to encourage tourism.

He was quite correct and the town, nowadays a bustling coastal resort and popular stopover on the 6200km-long North Sea Cycle Route, has steadfastly continued to pursue a policy of encouraging community run tourist orientated enterprise.

Alongside attending the hugely successful Portsoy Boat Festival visitors can take part in traditional music and dance workshops at the Salmon Bothy and boatbuilding courses at the Boatshed. Tourism in the town received a welcome extra boost when film makers chose Portsoy as a location for the recent remake of the Ealing comedy Whisky Galore.

Alongside leads Eddie Izzard and Gregor Fisher, many locals appear as extras in the film and at the recent Portsoy Premiere, held in the loft-space of the Salmon Bothy, film-goers were encouraged to get into the spirit of the performance and dip into some whisky-flavoured ice cream. Publicists had, after all, promoted Portsoy’s Whisky Galore connection by nicknaming the town The Village of the Drammed!

Visitor accommodation in the town received a boost this year with the opening of the newly renovated Sail Loft Bunkhouse. Situated on the Back Green near the caravan park, the Sail Loft has had a long and varied history.

Formerly a sail making factory, the Category B listed building dates from the 18th Century and sits within a former industrial site used for the processing of flax and the manufacture of rope. When the demand for sails declined and the rope-works closed the Sail Loft buildings gradually fell into ruin.

In 2006 the North East Scotland Preservation Trust acquired the property from the Seafield Estate and work began to bring the derelict structure into productive use as bunkhouse accommodation for visitors to Portsoy. After 11 years of planning and renovation, the keys to the building were formally handed over to Portsoy Community Enterprise in January 2017. Additional loan funding came via the Architectural Heritage Fund.

“Users so far have included cyclists, walkers and families. This weekend we even have a group of divers staying with us.” 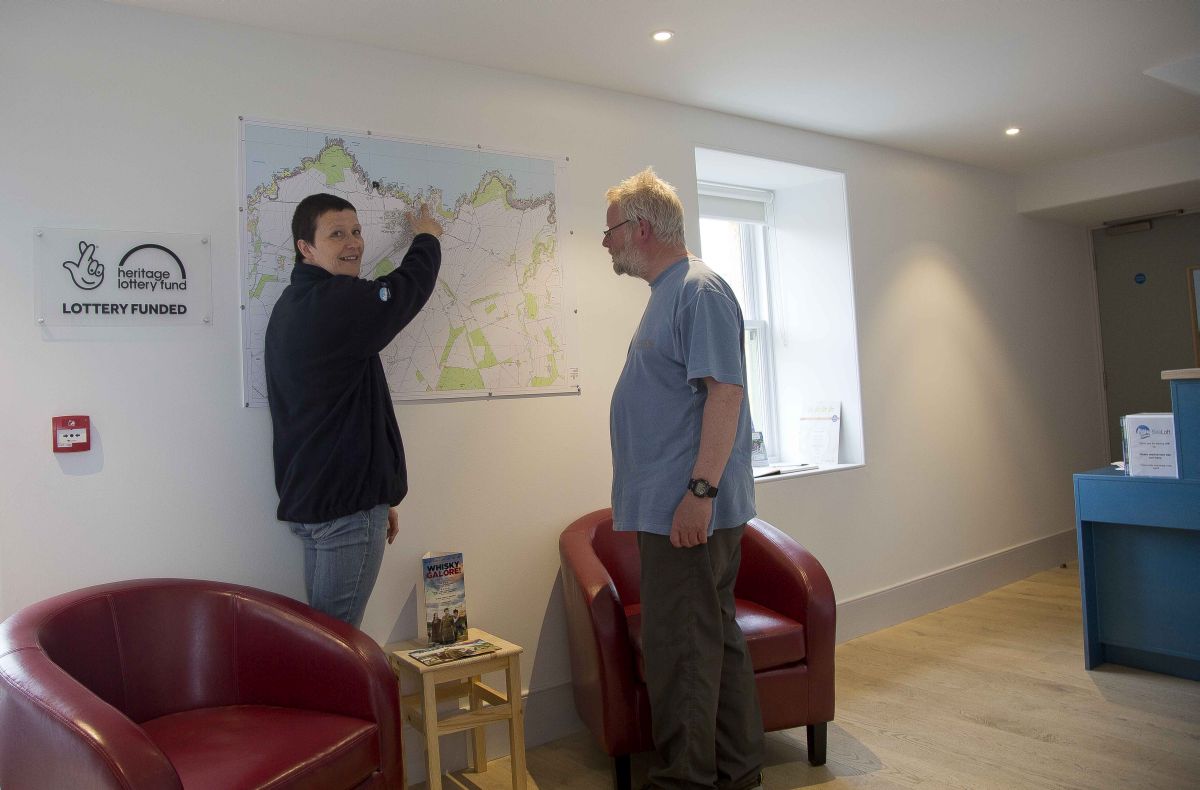 Susan is one of a team of three involved in the day to day management of the Sail Loft and is by all accounts fully integrated into the local community.

Alongside her bunkhouse duties she serves as a volunteer fire-fighter and is a keen member of the local women’s rowing group, the Portsoy Skiffettes. Another claim to fame is her role as official chauffeur to Whisky Galore star Eddie Izzard during the location shooting of the movie in Portsoy.

“The buzz in the town was just amazing” she recalls

“Eddie Izzard was very open with the locals and was really interested in finding out about the area.”

It emerged that Eddie was due to perform at Versailles after the Whisky Galore shoot and  Susan recalls that he was amazed to discover that fireplaces in the Palace of Versailles are rumoured to be faced with Portsoy Marble.

Although the Sail Loft is clearly bunkhouse in nature, the new facility offers up-market self-catering accommodation. Guest rooms are simply but pleasantly furnished with white décor throughout. Named after local landmarks, the room plan reads like a who’s who of the Portsoy coastline. Red Rock, The Pointie and The Breeks are just a few. On our visit we stayed in The Dounie.

The design of the building does not allow for panoramic views of the sea but the slanted Velux windows do let in both the sound and the smells of the ocean and provide a welcome change to the typical hotel room hum of the air-conditioning unit. Those wanting to check out the view should either nip outside or, heaven forbid if you are female, check out cubicle three in the downstairs men’s showers where you can view the bay in all of its glory.

Catering-wise, the open-plan kitchen and dining area is more than adequate. Two 4 ring hobs are complimented by micro-waves, kettles and an ample supply of toasters. Pots and pans, dishes and cutlery are all provided and the only onus on residents is to leave the kitchen as you might wish to find it. I was pleasantly surprised to come across an orphaned cafetiere abandoned by a previous guest and made full use of it.

The Sail Loft lounge boasts a wood burning stove and is perfect for family get-togethers or business seminars.  Alongside a video-projector there are lots of local books, toys and games to keep everyone entertained in the evenings. A drying room, secure cycle storage, a fully equipped laundrette and an outside wash down area for boots or bicycle cleaning complete the line-up and this VisitScotland 4 star hostel even boasts a wood fired hot-tub. 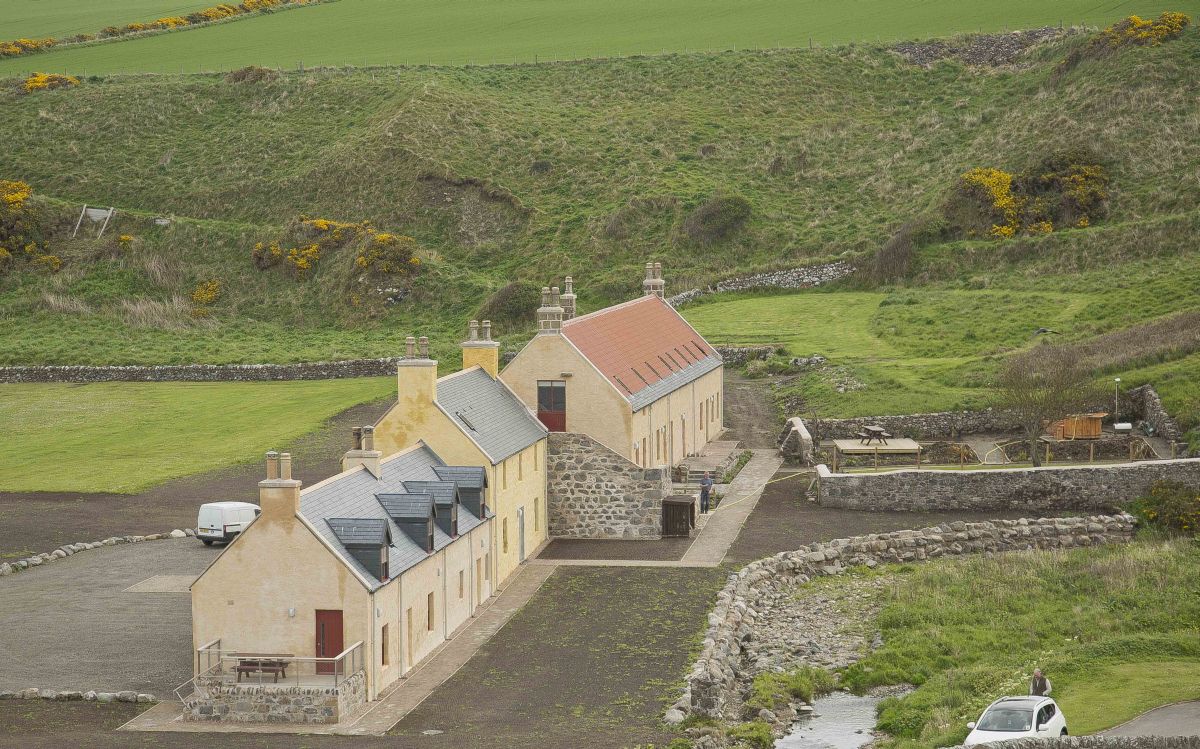 On the night of our stay a group of divers were firmly ensconced in front of the roaring wood-stove planning the next days dive while a group of teachers enjoyed the warmth of the outdoor hot-tub.

All in all this new facility ticks the boxes although it would have been nice to have the option of sitting behind glass while taking in the sea view. But, as I said previously, there’s always cubicle three in the men’s showers!