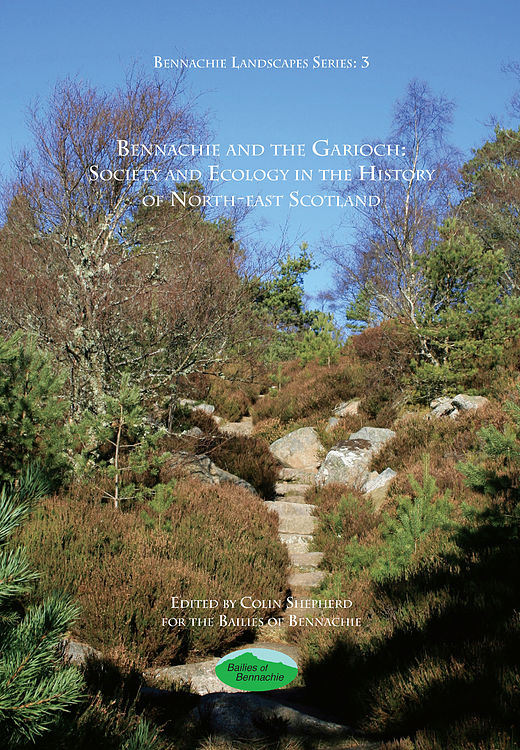 In this, the third publication in the Bennachie Landscapes Series, further aspects of the story of Grampian’s favourite hill are discussed in often minute detail.

Dedicated to Gordon Ingram, treasurer to the Bailies of Bennachie until 2000, and with a foreword by Dr Jo Vergunst of the University of Aberdeen’s Department of Anthropology this publication focuses on both our historical and our modern day relationship with the Bennachie range.

Funded through the Connected Communities programme the content reflects the work of project partners including the University of Aberdeen, The Forestry Commission Scotland and The Bailies of Bennachie.

The book presents as 10 research papers, each distinct but related and written by both Bennachie experts and Bennachie enthusiasts.

The ecology and social history of the area feature alongside the geology, flora and the exploitation of both peat and stone on and around the hill. Additionally there are excavation reports featuring Colony houses and Drumminor Castle.

Several of the papers make for highly technical reading and are not for the faint hearted. Peter Thorn’s description of the geological setting around Drumminor Castle is a case in point. Other chapters such as the interim report into the excavations at Drumminor Castle are written with the general reader in mind and should be accessible to anyone happy to sit through an episode of Time Team.

The site of the Bennachie Colonists comes under particular scrutiny. Sue Taylor provides insight into the social and domestic lives of the crofters, who made a living on the slopes of the hill, through the interpretation of pottery found at the Bennachie Colony site.

The excavations during 2011 – 2013 at Shepherd’s Lodge and Hillside yielded both sponge decorated and transfer printed earthenware indicating perhaps a previously unsuspected degree of economic sophistication amongst Colony settlers who often lived at subsistence level.

Barry Foster’s introduction to the peat lands of the hill not only gives the reader food for thought but illustrates clearly, using aerial photographs, the scale of the 18th century peat cutting industry.

In 2013 a partnership between Keig School and the Bennachie Landscapes Fieldwork Group surveyed the ecology and landscape use within the Lordship of Forbes. The research report makes for fascinating reading and describes the discovery of a previously unknown water-mill in the grounds of Castle Forbes.

A dig at the Back of Bennachie by students of Kemnay Academy features alongside an investigation of the English Quarry by Andrew Wainwright and a paper, by Colin Millar, reflects on the controversial 19th century seizure and “Division of the Commonty of Bennachie” by a group of powerful local landowners.

Illustrated throughout with both images relating to Bennachie and survey maps describing the digs and investigations, this book is essential reading for anyone with an interest in the North East and clearly illustrates the value of community partnership research.

This review was first published in the May 2016 edition of Leopard Magazine.