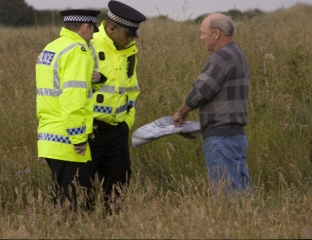 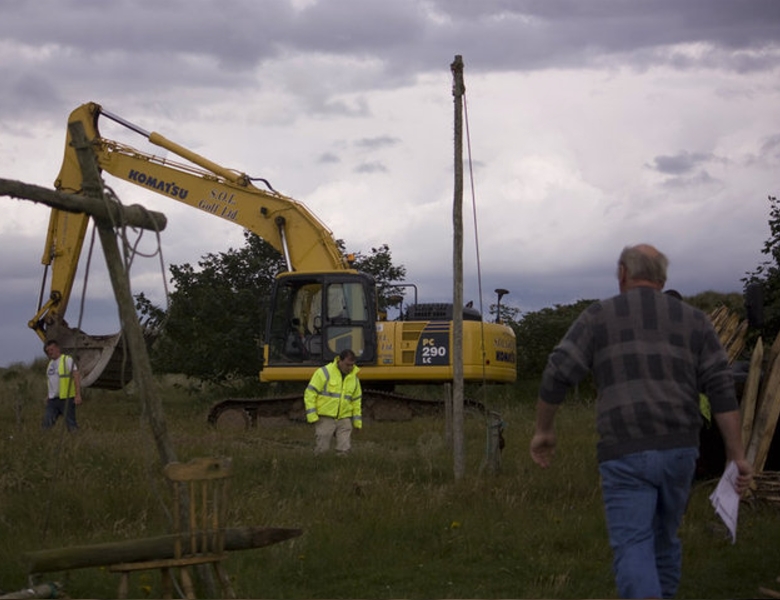 Michael Forbes, with title deeds in hand, attempts to point out the extent of his property. Credit:Rohan Beyts