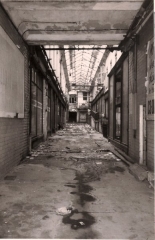 In a recent bout of clearing-out, I came across a letter I wrote to the local paper in 1986.

It appears to me that the stream of letters expressing dismay at the inefficiency of Aberdeen district council’s new computer booking system is but an ongoing symptom of an ongoing identity crisis afflicting the council.

They cannot reconcile efficient, business-like management with some of their no doubt deeply held socialist principles .This internal torment is unfortunately hitting the citizens, and in more ways than double-booked seats.

If only the council could prove a commitment to the people of Aberdeen by the provision of real and lasting services. Then we may be able to accommodate the odd hiccup in the system.

It dismays me how the council has failed to learn or capitalise from the influx of oil-related investment during Aberdeen’s boom period.

What we are left with after the oil boom are shopping centres galore, with more to follow. We have acres of rate-free office space standing empty. We have new suburbs eating up the green belt.

We don’t have a pedestrian precinct or city centre community facilities, especially for teenagers.

The ice rink has gone and we have no sports stadium. The beach area is totally under-utilised. The city is dotted with decaying tenements. The list could go on and on.

The continuity of themes, despite the intervening years of ideological upheaval, is startling.

May I suggest that the council makes a decision? They should take a few pointers from the private enterprise that has flooded the city.

The council could also demand from private developers a commitment to provide community facilities in return for planning permission. A promise to employ local people and services could be written into the contract.

Alternatively, why not go the whole way and adopt a more committed socialist approach. Demand that the private sector pays its rates on empty property so helping to finance the refurbishment of housing stock, especially much-needed provision for single homeless.

They could subsidise the buses and ban city centre traffic creating an oasis for the people. Why not take a leaf out of Gateshead’s book and build an international sports stadium and put on American football matches for example?. These are only a few examples from another list.

It is not just the Music Hall switchboard system that can’t get it right.

What we do get though is counter-productive tokenism, through such ventures as the women’s committee and identifying with revolutionary movements thousands of miles away.These only detract from the important real work to be done at home. It also reinforces the media constructed stereotype of ‘lefty’ councils.

Sheffield council can bear that burden as they come up with the goods. Aberdeen are just playing at it, and in so doing expose their inadequacies.

If we do not experience a comprehensive re-evaluation of our district council’s role in relation to the needs of all its citizens, I fear we will remember the oil boom years as ones of incohesion, indecision and missed opportunity.

It is not just the Music Hall switchboard system that can’t get it right.

I cringe at the idealism of my younger self but the continuity of themes, despite the intervening years of ideological upheaval, is startling. The absence of leadership and vision is a constant.

I am now a more widely-travelled person and I can look to Newcastle, Gateshead, Leeds, Glasgow and, more recently, Leith as examples of local authorities taking positive steps to create spaces which involve and are responsive to both citizens and visitors. Is handing over the future to corporate magnates the best that Aberdeen can do? 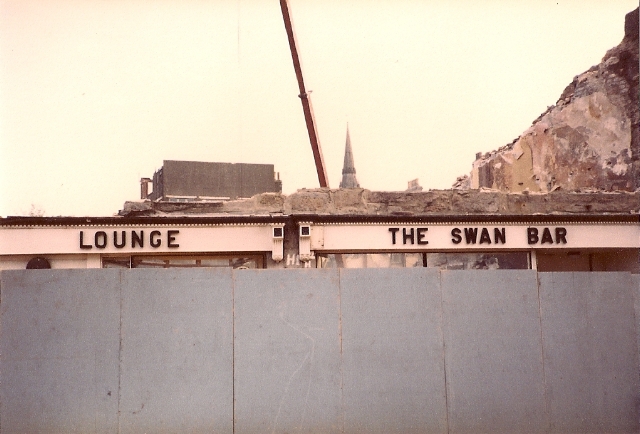