The Facebook site ‘Run-down Aberdeen’ was started out of a concern that Aberdeen Council appears to be more interested in multi-million pound big-ticket projects such as the City Square, rather than dealing with their day-to-day responsibilities of managing the city. Large parts of Aberdeen are starting to look run-down and neglected as a result.

The idea is simple. The site comprises an album of photos with no or very few comments. As the introduction states: “No polemics, just the photographic evidence”. There are now over 190 photographs in the group posted by the various members of the site. These show how poorly maintained are the city’s parks, schools, roads and general infrastructure. The photos don’t need any explanation as they demonstrate by themselves just how apt J.K. Galbraith’s dictum of ‘private affluence, public squalor” is for oil-rich Aberdeen.

My first snaps for the photo album were taken about five weeks ago, when I spent just over an hour driving around Aberdeen one Saturday afternoon. It wasn’t difficult to find examples for the album. I was particularly upset at the state of Victoria Park. The beautiful granite fountain in the park was empty, rather manky looking and the surrounding concrete cracked. Even worse, the large greenhouse at the back of the park was in a very bad state of repair with the plants left to grow wild inside.

On my road trip around the run-down city, I also stopped outside my old primary school at Broomhill. The fences and the gates were rusting away, with rusty, spalling flakes an obvious hazard for little fingers. As someone commented on the site, wouldn’t it be more cost effective to maintain the city properly than to leave everything to fall apart with a big bill ultimately required to replace them?

The roads are in a bad state too. The potholes get all the publicity in the local press, but you should also look at the road markings around the city: Fading zebra crossings, double yellow lines that are barely visible in places and halt line markings that can hardly be seen.

The question arises as to how the city has been allowed to get into such a bad state. What is clear is that the city’s finances are in big trouble, Aberdeen is due for budget cuts of £50 million a year, possibly for the next three years. How the city got here depends on who you talk to amongst the councillors. One councillor complained to me as to how the city gets a very poor deal in the allocation of resources from central government; the city is one of the worst-funded authorities in Scotland. Others point to the priority given to the large expenditure involved in projects such as refurbishing Marischal College and the commitment by the city to funding 9.5% of the city bypass.

Given the parlous nature of the city’s finances, it is likely that run-down Aberdeen is going to get even more shabby. Yet, it’s not all totally depressing. One of my local councillors, Martin Greig, visited the Facebook site and decided to take action on some of the problems noted in his constituency ward. As of writing, the gates and fences of Broomhill School are being repainted. Martin has also asked for remedial repairs to be made to the shelter and benches in Johnston Gardens (these are yet to be carried out as of writing). It is to be hoped that other councillors will take notice of the problems in the run-down city; if they don’t, they are there to be reminded.

You can visit our Facebook page by clicking here. 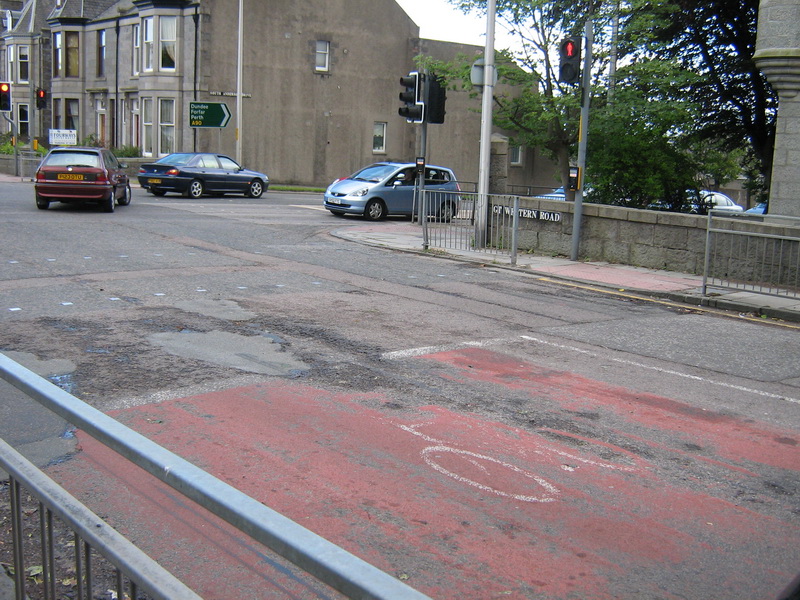 No Responses to “Run-down Aberdeen”