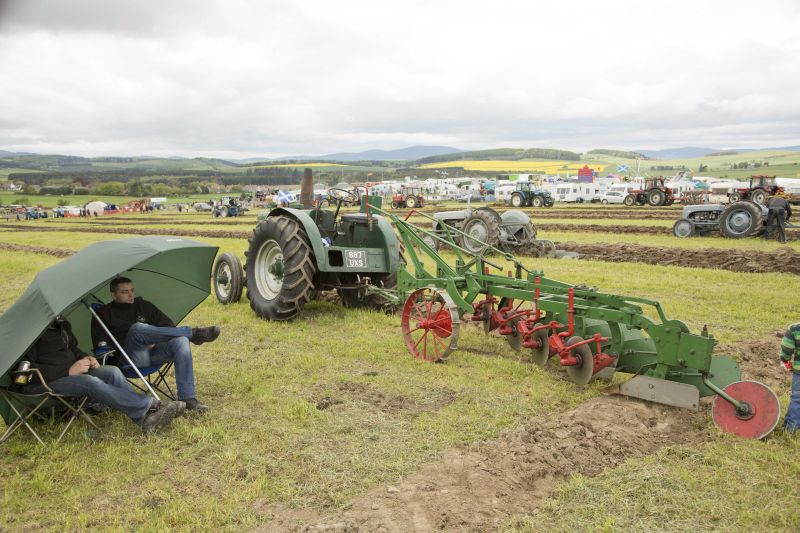 The Aberdeenshire village of Lyne of Skene hosted the 11th annual BA Vintage Country Fair at the weekend.

Over 500 exhibitors and a record number of visitors attended what must be the largest event of its kind in North East Scotland.

With traction engines galore, including a 1914 Fowler A7 Road Locomotive plus Grampian Transport Museum’s Sentinal Steam Wagon, the event attracted enthusiasts of all ages.

Tractors, classic vehicles and miniature steam engines were very much in evidence throughout the two day event. The military entries included a Willys Jeep and a 1940’s Bren Gun Carrier.

The weekends entertainment included performances by the Kintore Pipe Band, the Parade of Steam and Mark Wylie’s Drakes of Hazard who delighted children of all ages with a death defying act involving his stunt Indian Runner Ducks crossing the Bridge over the River Quack.

Heritage machinery is at its best when in use and the ploughing demonstrations were a major attraction for many with vintage tractors plus a steam plough in operation throughout both days.

The event supports local charities and organisations and has helped to raise in excess of £30,000 over the past 10 years.