A landmark law to tackle violence against women passed its Third Reading in the House of Commons on Friday with an overwhelming majority of 138 in favour to just 1 against. With thanks to Banff & Buchan SNP. 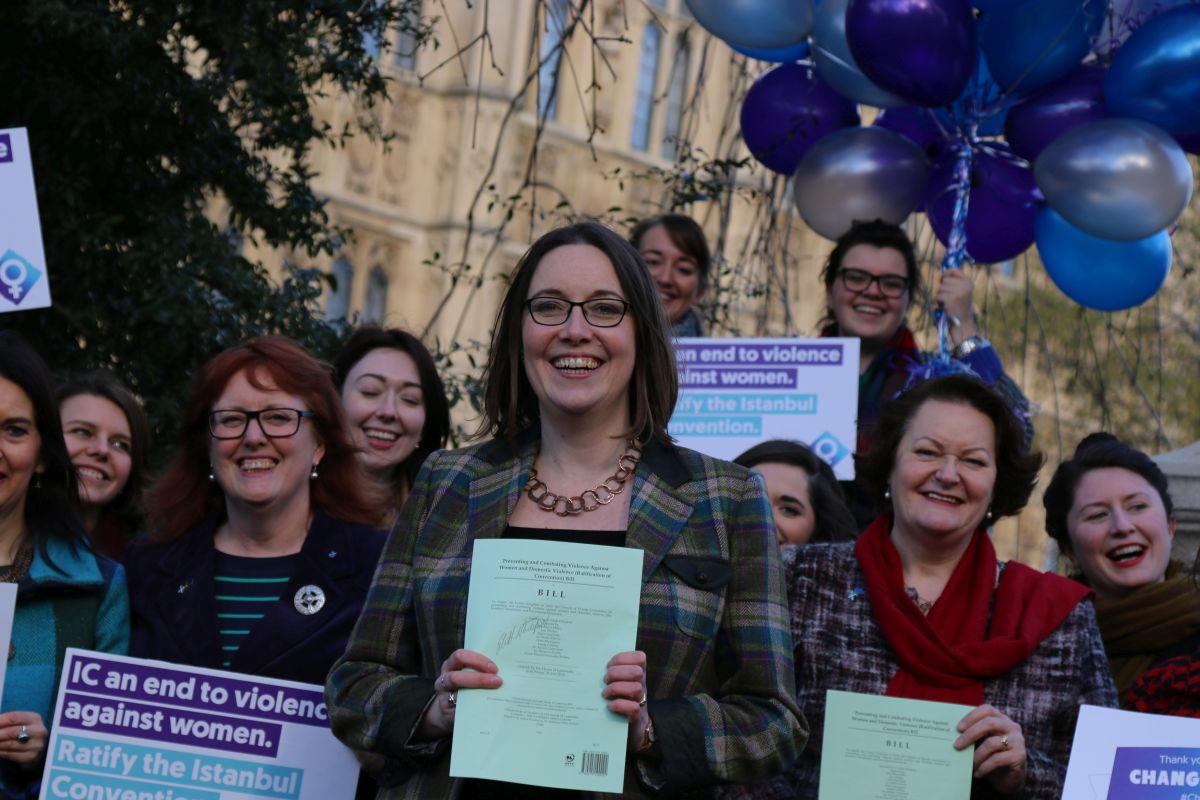 Dr Eilidh Whiteford MP with campaigners and MPs after the vote.

Local MP Dr Eilidh Whiteford’s Preventing and Combating Violence Against Women and Domestic Violence (Ratification of Convention) Bill 2017, requires the UK government to ratify the Istanbul Convention – a far-reaching new law that puts legal obligations on the state to prevent violence against women, protect
women and prosecute the perpetrators.

The Convention encompasses many forms of sexual violence and domestic abuse including stalking, harassment, sexual assault and rape, physical and psychological abuse by a partner, forced marriage, forced abortion or sterilisation and female genital mutilation.

The UK signed the treaty in 2012 but has yet to ratify it to make it part of UK law.

The Bill also received strong support from the actor and UN Women Global Goodwill Ambassador, Emma Watson, who this week wrote to all MPs urging them to vote for the Bill.

“I am delighted that this landmark legislation to combat gender-based violence has received such overwhelming cross-party support and now looks set to become UK law.

“This is a huge and historic step forward in efforts to tackle violence against women and has the potential to transform the lives of thousands of women right across the country.

“Women’s equality organisations and activists have been campaigning for the UK government to ratify the Istanbul Convention for many years now – so today’s vote is a cause for celebration and a testament to their sustained efforts.

“The Istanbul Convention is the most comprehensive and far-reaching framework that exists to tackle violence against women in its many forms and manifestations, and critically, it provides the legal apparatus to hold governments accountable for their progress. This is a powerful vehicle for improving policy, practices and services on an ongoing basis.

“Sexual violence and domestic abuse are neither natural nor inevitable. We can prevent it, we can challenge it and we can hold perpetrators to account. We need to do all these things if we are to end this systematic abuse of women’s basic human rights, and ratifying the Istanbul Convention is a big step in the right direction.

“We have travelled some distance in this struggle but we still have such long way still to go and we need to recognise that Ratification of the Istanbul Convention is a milestone on the journey to equality and justice for women, not an end point.”