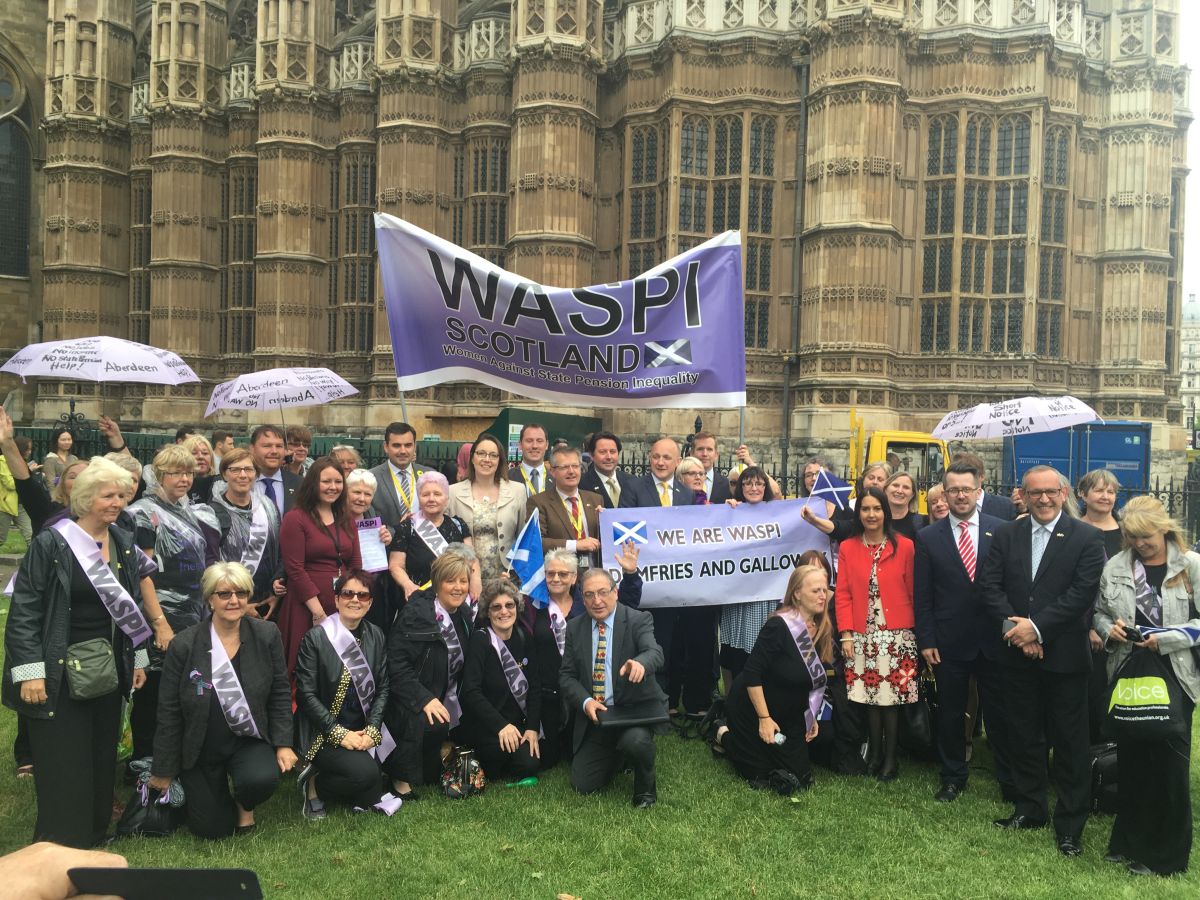 Banff and Buchan MP Eilidh Whiteford joined with SNP MPs to take part in the Women Against State Pension Inequality (WASPI) demonstration outside the Houses of Parliament.

They demand the UK government to investigates transitional measures for 1950s-born women negatively impacted by rapid rises in the state pension age.

The SNP has repeatedly called for action from the UK government, and led a backbench business debate on the issue in January which received cross-party support.

The increase in pension age is the second for women born in the 1950s, and will have a stark financial impact on thousands of women in their 60s.

Speaking after the demonstration, Banff & Buchan MP Dr Eilidh Whiteford expressed solidarity with the women, who have now had their retirement age raised twice.

“I was pleased to see such a good contingent of Women from North-east Scotland at the event in Westminster today. The SNP has given wholehearted backing to the WASPI campaign, and we will keep up the fight for these women at Westminster.

“A large number of local women born in the mid-1950s have been badly affected by the proposed changes, and have been in touch directly with me. They can rest assured that I and my SNP colleagues will continue to press the UK Government for a rethink on how it phases in increases to the state pension age.

“Changing patterns of life expectancy do demand a response from the Government. This, however, was the wrong response, and the Government needs to consider the damage its policy will do.”