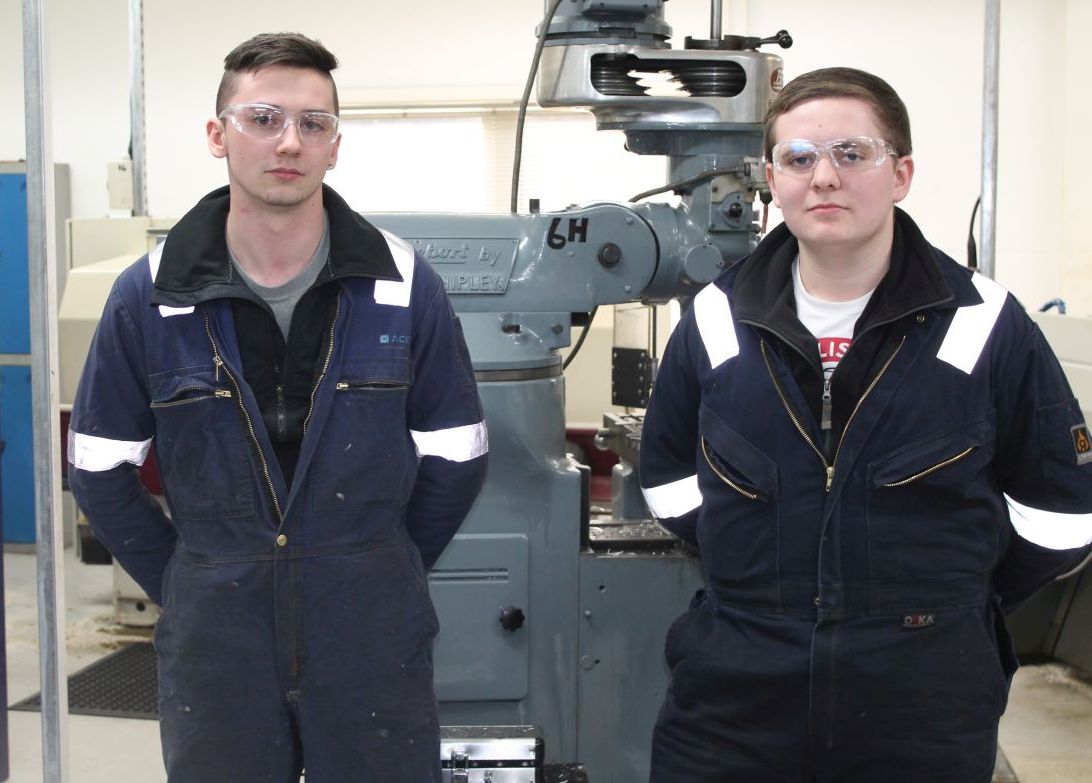 A specialist training company is calling on employers to adopt an apprentice after a number of young learners were made redundant from a deck machinery company.
ITCA Training, which is based at the Kirkhill Industrial Estate in Dyce, is urging businesses to consider taking on one of the apprentices and providing them with the opportunity to complete their apprenticeship qualifications.

A group of ten apprentices are now looking for employment after being made redundant from Ace Winches in Turriff earlier this month.

The boys, who are aged between 17 and 20, were all working as apprentice engineers, with the exception of one fabricator/welder.

The head count reduction at the firm is another major blow for vulnerable apprentices in the region, as it comes just seven months after 17 apprentices were made redundant from the now defunct Enterprise Engineering Services (EES).

ITCA is hoping that a £5000 incentive from the Scottish Government will encourage employers to recognise the benefits of training young talent. The incentive is part of the Adopt an Apprentice scheme, which aims to get redundant apprentices back into work as quickly as possible.

Recent figures show that the North-east currently has the highest number of redundancies for apprentices in Scotland. As well as this, the number of new apprenticeship starts in 2016 dropped by 40% in Aberdeen and 14% in Aberdeenshire compared to the year before.

“It is very alarming that another business is shedding a large number of apprentices that have yet to complete their training.

“The figures indicating the high percentage of apprenticeship redundancies in the North-east, as well as the drop in the number of new starts, are extremely concerning. If this carries on much longer then it will result in a skills gap and a severe shortage of skilled workers in the future.

“We appreciate that the market is incredibly tough at the moment, but it is the responsibility of businesses to employ and grow their own talent.

“We hope that employers will come forward to claim the £5000 incentive by taking on an apprentice. By doing so, they will enable a young learner to complete their apprenticeship and will help to safeguard the future of home-grown talent in the North-east.”

ITCA Training, which is one of the largest engineering apprenticeship-training firms in Scotland, is situated at Howe Moss Drive in the  Kirkhill  Industrial Estate, Dyce. The base, which spans almost 22,000sq feet, includes offices, classrooms, a storage yard, and workshop space. The company has been in operation in the  North-east  since 1989, and provides training for young employees in various sectors including welding, fabrication, mechanical engineering, business administration and logistics.

To find out more about ITCA visit www.itca-training.com