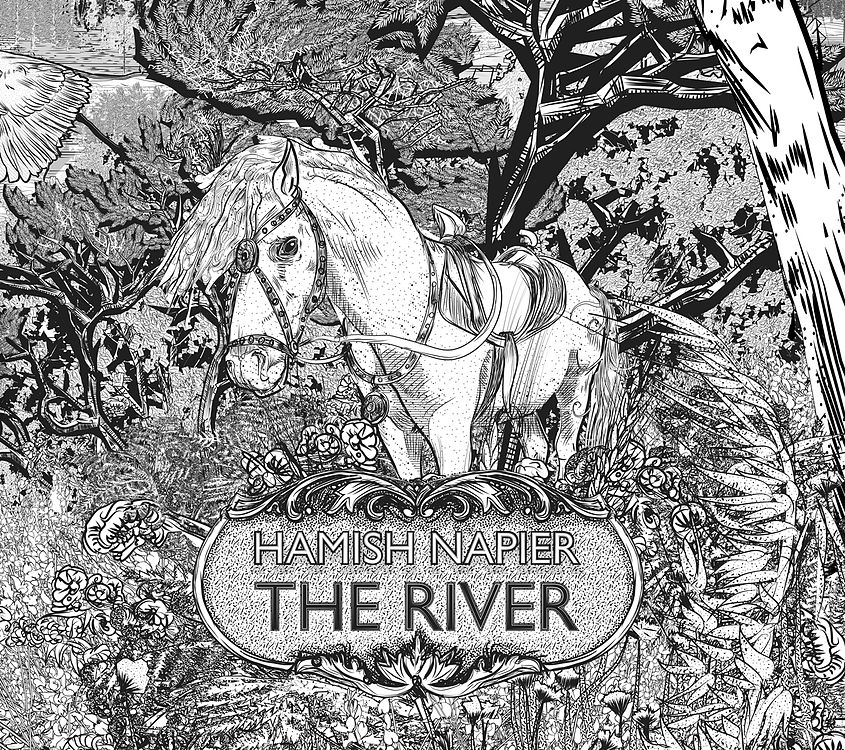 For the past three years Hamish has
been Musical Director of big folk band Ceol Mor at Aberdeen International Youth Festival.

This year at Celtic Connections Ceol Mor celebrated the music of the North East with a programme of ballads, Scots songs, storytelling, and braw tunes by Scots fiddle and accordion legends of past and present.

What is the The River all about?

“Well,” says Hamish, “growing up next to the Spey, I spent many hours of youth practicing to the roar of the river in the background, so it’s always been there in my music.

“The River brings to the surface vivid sonic images of occurrences, past and present, along the mile-long stretch of the Spey that flows past my childhood home.

“One of my brother’s fishes it, the other canoes it, my Uncle Sandy photographed it, my mother paints it, and there’s my Father’s daily fascination with its erratically changing water level. It will always symbolize home and a strong connection to nature. No mortal’s relationship with the river can ever be truly harmonious, its ever-changing micro-climate, mysteriously dark depths and unrelenting power are both merciless and enchanting.”

The themes of The River range from the epic journeys of the Atlantic salmon to the river as home to local characters including fishermen, bailiffs, spirits and children. Hamish grew up on the banks of the Spey and spent many hours practicing to the roar of the river in the background

“Its always been there in my music … and brings to the surface vivid sonic images of occurrences, past and present,” says Hamish.

“For this piece I wanted to make use of all my musical resources … I am a huge fan of every one of the musicians on this project.”

Alongside Hamish on piano, clavinet and harmonium the album features Martin O’Neal on bhodran, Sarah Haynes on alto-flute and James Lindsay on base. Pitcaple born James was winner of the 2014 Martyn Bennet Prize for Traditional Music Composition.

Using backing vocals from natural sources including Oystercatchers, Heron and Curlew this is a groundbreaking album reflecting, says Hamish on the rivers “mysteriously dark depths and unrelenting power.”

A crackin’ album, The River is available from digital download stores and direct from Hamish at http://www.hamishnapier.com/