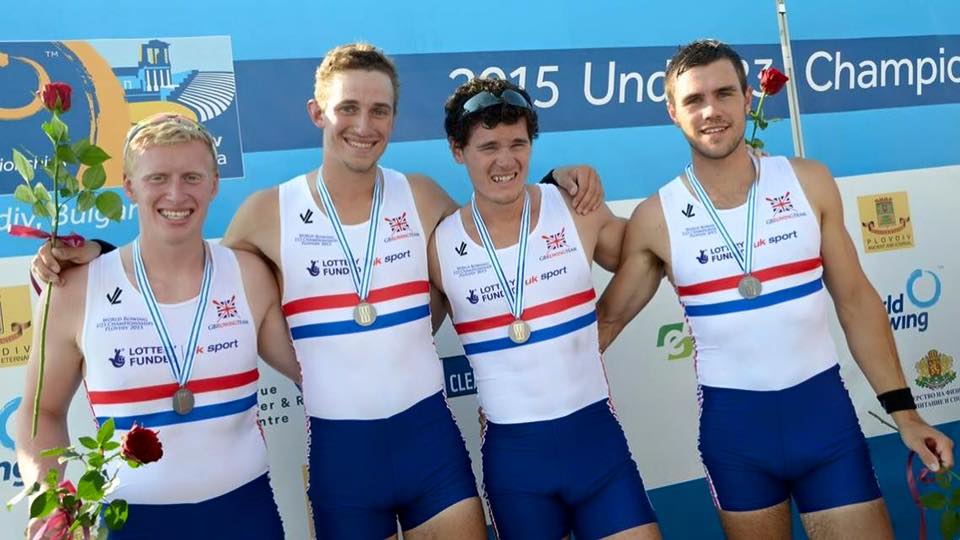 A Braemar student making waves in rowing hopes to be selected to represent his university in one of the north east’s hardest-fought sporting events. Robert Gordon University student Lewis McCue, an Under 23 Team GB member, hopes to make the cut for the Aberdeen Asset Management Universities’ Boat Race, which takes place on March 12.

Taking up the sport at the age of 12, Lewis rose through the ranks of the Aberdeen Schools’ Rowing Association and has since continued his success while at university.

He first represented Great Britain at a national level at the age of 16, and has gone on to compete in the Junior and Under 23 World Rowing Championships.

“Like everyone, my rowing career has had its highs and lows but, through years of hard training, I have built up my performance and ability. I have been very lucky to travel all across Europe to train and compete on the world stage, and had the pleasure of winning three gold medals for my home nation – Scotland – at the Commonwealth Games Regatta.

“My rowing highlight so far is winning a silver medal in the coxless fours at the Under 23 World Championships in Bulgaria last year. I was the only rower in Scotland to be awarded a medal at that level, and the experience really made all the training worthwhile.

“There is no other feeling quite like standing on the podium knowing that you are second fastest in the world at your chosen sport.”

It’s no surprise that Lewis excels in rowing: prowess in the sport runs in the family. In 1958, his grandfather rowed for Oxford in the Oxford-Cambridge Boat Race and, although not on the winning side, his passion for rowing is something that rubbed off on Lewis from an early age.

“I’ve spoken to my grandfather many times about his experiences in rowing, and I’m very proud of what he achieved. When I was 16 we were able to row together, which is something I’ll always remember.

“He and my grandmother came out to watch me in Bulgaria last year, which was the first time they had seen me row for Great Britain. It was quite emotional.”

A veteran of the Aberdeen Asset Management Universities’ Boat Race, Lewis hopes to make his third appearance – and win – at the hard-fought race.

“The Aberdeen Asset Management Universities’ Boat Race is different to other races. At 3.5km, it’s longer than most others and rowing in a mixed crew really changes the dynamic.

“I’ve won the boat race twice before, and I hope to be there again on the start line, ready to lay everything on the line in order to finish first.”

Lewis is one of many rowers hoping to be selected to represent Robert Gordon University at the Aberdeen Asset Management Universities’ Boat Race on March 12. The race will see the university pitted against rivals the University of Aberdeen on a gruelling 3.5km stretch of the River Dee.

“Every year I am impressed by the skill and tenacity of the rowers competing in the Aberdeen Asset Management Universities’ Boat Race. The boat club presidents have a difficult task ahead of them selecting their crews, but whatever the choice I know that the race will be an exciting day for both the rowers in the boats and spectators on the riverbank.”

Last year, RGUBC won their fourth consecutive title race by one and three-quarter lengths in a time of eight minutes and 30 seconds. With AUBC eager to reclaim the title, spectators from across the city are expected to line the river to cheer on the crews as they push themselves to the limit to cross the finishing line.