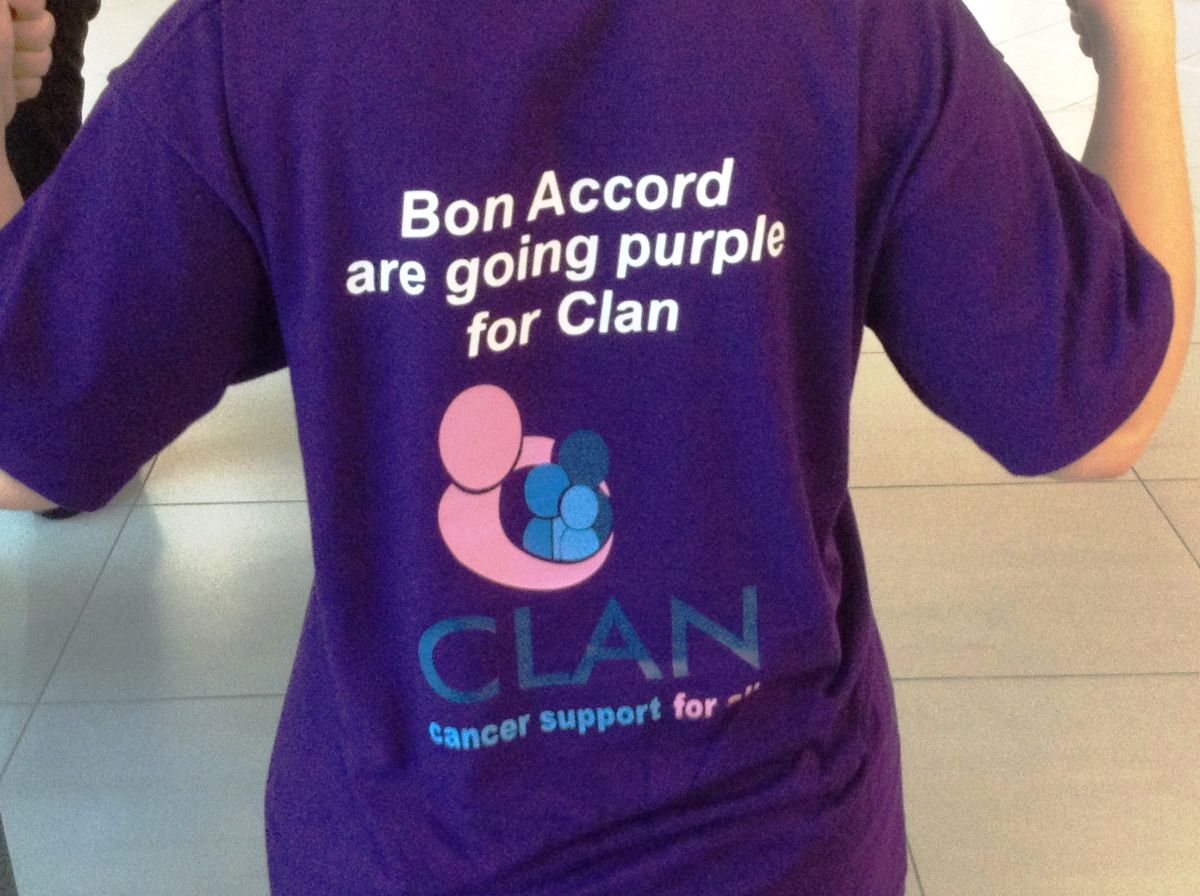 Bon Accord & St Nicholas is supporting the Go Purple for CLAN Cancer Support campaign which is running throughout the month of September.

Supporters of a north-east Camphill charity have brought in thousands of pounds to help kit out its new care home.

Staff will be resplendent in purple for the next seven days as they come together to celebrate the work of the popular charity.

Go Purple for CLAN is held every year and sees people throughout north and north-east Scotland adopt the colour for a day.

From lighting up a building, wearing purple and planning a purple party to dyeing your hair, selling purple cakes and creating a purple window or reception display in your business or shop, there is no shortage of innovative ways in which people can get involved.

The month-long event was first held in 2013 as part of the charity’s 30th anniversary celebrations, with schools across the region, as well as Marischal College turning purple in support.

The shopping mall’s support of the campaign is the latest in a host of events and activities that it has completed on behalf of CLAN after it selected it as its chosen charity for the year.

“The centre has a close relationship with the charity and we’re delighted to be involved with this year’s Go Purple for CLAN campaign.

“Our staff will be head to toe in purple for the next week and we’re looking forward to playing our part in helping raise awareness of the valuable work the charity does for those affected by cancer in the north and north-east of Scotland.”

“I’d like to say a big thank you to the staff at Bon Accord & St Nicholas for getting involved with Go Purple for CLAN this year and I look forward to popping into the centre to see them in action over the next couple of days.

“This year’s campaign has seen people from all across the north-east of Scotland, Moray, Orkney and Shetland adopt the colour in support of CLAN. It’s been a fantastic awareness raiser for us and will be a big help in allowing as many people as possible to know about the work of CLAN and how it may be able to help.”