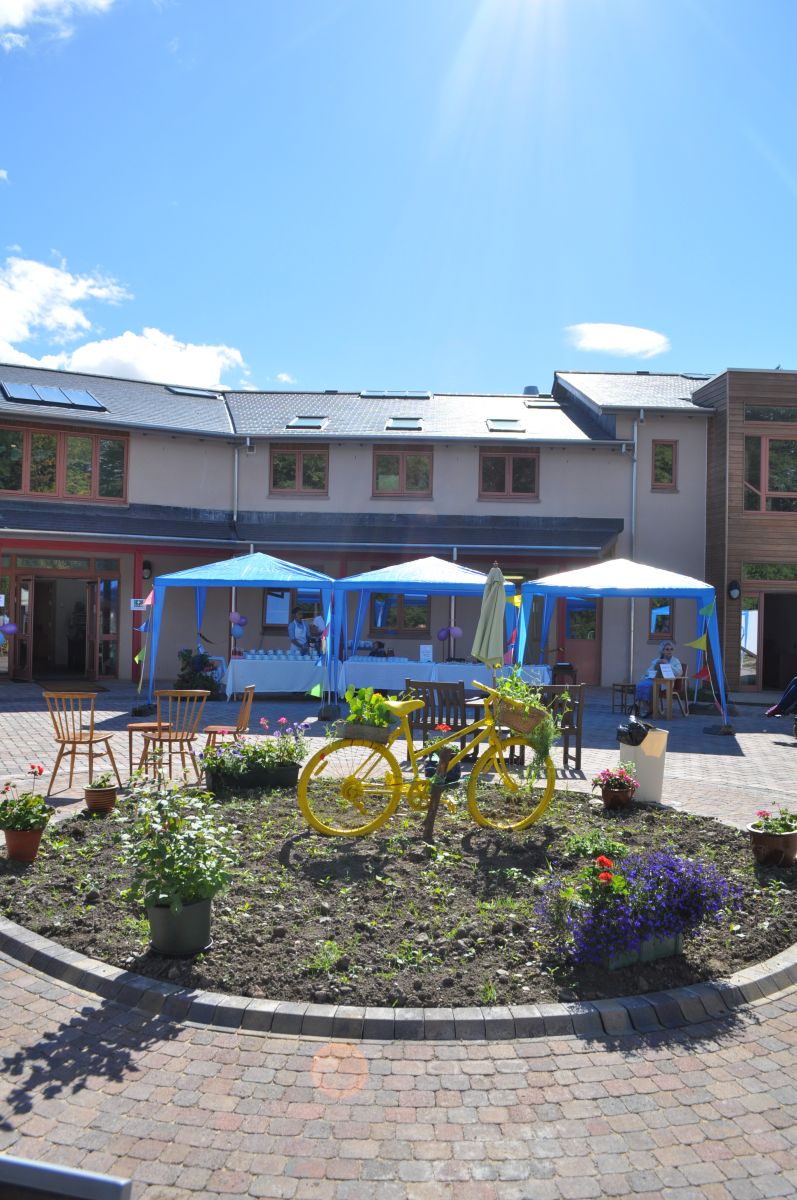 With thanks to Jessica Murphy, Senior Account Executive, Citrus Mix.

Supporters of a north-east Camphill charity have brought in thousands of pounds to help kit out its new care home.

More than 400 people helped Simeon Care for the Elderly celebrate the completion of the facility at a Strawberry Tea Open Day, raising £2,000 in the process.

The money will be used to buy furniture for the charity’s care home, which features dementia-friendly design and a commitment to energy efficient technology.

Construction of the building in Bieldside, Aberdeen, began in January last year and prompted the biggest fundraising drive in the charity’s history.

“Life in Simeon is very busy preparing for moving into the new home next week. Our Open Day was such a fun experience, the sun shone and there was an incredible atmosphere while the public were seeing our new care home and Golden Garden for the first time. We were delighted to show people what they’ve helped us achieve and we have been so touched by the feedback. The day was a significant milestone for our charity.

“We raised £2,000 on the day which was the icing on the cake. Thanks you to everyone who joined us and made this a special day. We are so grateful for the kindness and generosity of individuals, charitable trusts and local businesses over the last three years. From coffee mornings to runs and ceilidhs to company fundraising, every effort has made such a difference to us. None of this would have been possible without their support and we would like to extend our thanks to them.”

The Open Day was part of the MBC festival and was done in conjunction with their neighbours, Cairnlee House, a Camphill School community for young adults with learning disabilities. The Golden Garden is funded by the Big Lottery Fund.

Simeon, one of the six Camphill charities, launched its New Lease of Life appeal to help fund the new care home, which consists of 23 en-suite bedrooms. The charity is currently home to 18 older people, with the new care home enabling it to increase capacity and build on its services to the elderly.