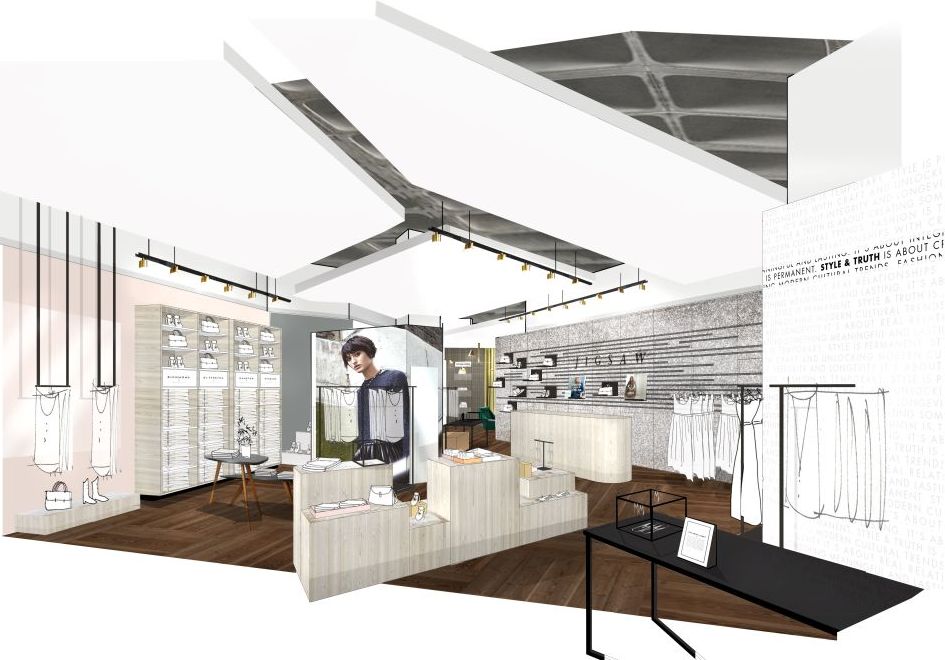 With thanks to Phil Moar, Citrus:Mix.

Bon Accord & St Nicholas has kicked off its 25th birthday celebrations with the announcement that it is adding an iconic fashion brand to its growing list of stores.
Jigsaw clothing is set to open within the Bon Accord mall this autumn in what will be the chain’s first dedicated outlet in the north-east.

The fashion company has been a mainstay of the British high street since 1969 and provides a range of womenswear, menswear, children’s clothing and homeware from over 40 stores throughout the country.

It’s the latest addition to Bon Accord & St Nicholas, which is set to mark its 25th birthday with a year-long programme of events.

The popular mall, which will officially celebrate the milestone on August 22, has been at the heart of Aberdeen’s retail scene since it was opened by Her Majesty the Queen in 1990.

Party plans for the remainder of the year include a student only event, a dedicated ladies night alongside various pop up shops and summer previews which will see the centre and its visitors come together to celebrate the birthday in style.

“We’ve been looking to add Jigsaw to our offering at Bon Accord & St Nicholas for some time now and it’s great to finally be able to announce its imminent arrival for autumn this year.

“The store itself will be located within a unit on the ground floor of the Bon Accord mall which will really reinforce this part of the centre as a fashion destination for shoppers. The outlet is set to stock its full range of stylish womenswear, menswear and children’s clothing and I’m sure excitement will continue to build between now and its opening day.

“The announcement is timely as the centre enters its 25th year and we’re currently busy finalising a programme of special events to mark what is an important milestone for all involved. With plans for a student event, a ladies night and various other pop up shops and previews, there really will be something for everyone.”

“This is Jigsaw’s first stand-alone store in Aberdeen and we are really excited to be part of this new era for the Bon Accord & St Nicholas Centre. As ever with Jigsaw, the store design will be unique to this location.”

Throughout the last 25 years, the centre has continued to innovate and grow to where it stands today. Currently home to a number of the UK’s leading retail brands, the Bon Accord mall includes Scotland’s largest Next as well as Aberdeen’s only Topshop and Topman standalone stores.

At the heart of its future development are expansive plans to create a new leisure hub within the centres. At the core of the blueprint is a proposed 28,000 sq ft cinema complex and seven new restaurants totalling 30,000 sq ft.

The innovative design includes the creation of a new entrance from Upperkirkgate at Drum’s Lane, leading to an external courtyard and providing access to the upper level of the mall where the new leisure area would be situated. The plans work within the existing footprint of the Bon Accord mall.

“At the core of Bon Accord & St Nicholas’ success really has been its willingness to innovate and grow, with various developments over the years at the heart of this. It’s fitting that the new expansion plans, which will be the biggest the centres have ever experienced, will continue to gather momentum throughout our birthday year.

“In a way, we’re looking back to look forward and we’d be delighted for as many people as possible to join us in doing this over the next 12 months to allow our 25th year to be the biggest and best yet.”

The centres, which attract an average of 270,000 visitors a week, are owned by F&C REIT and managed by specialist retail agency Savills. For further on the centres visit www.bonaccordandstnicholas.com