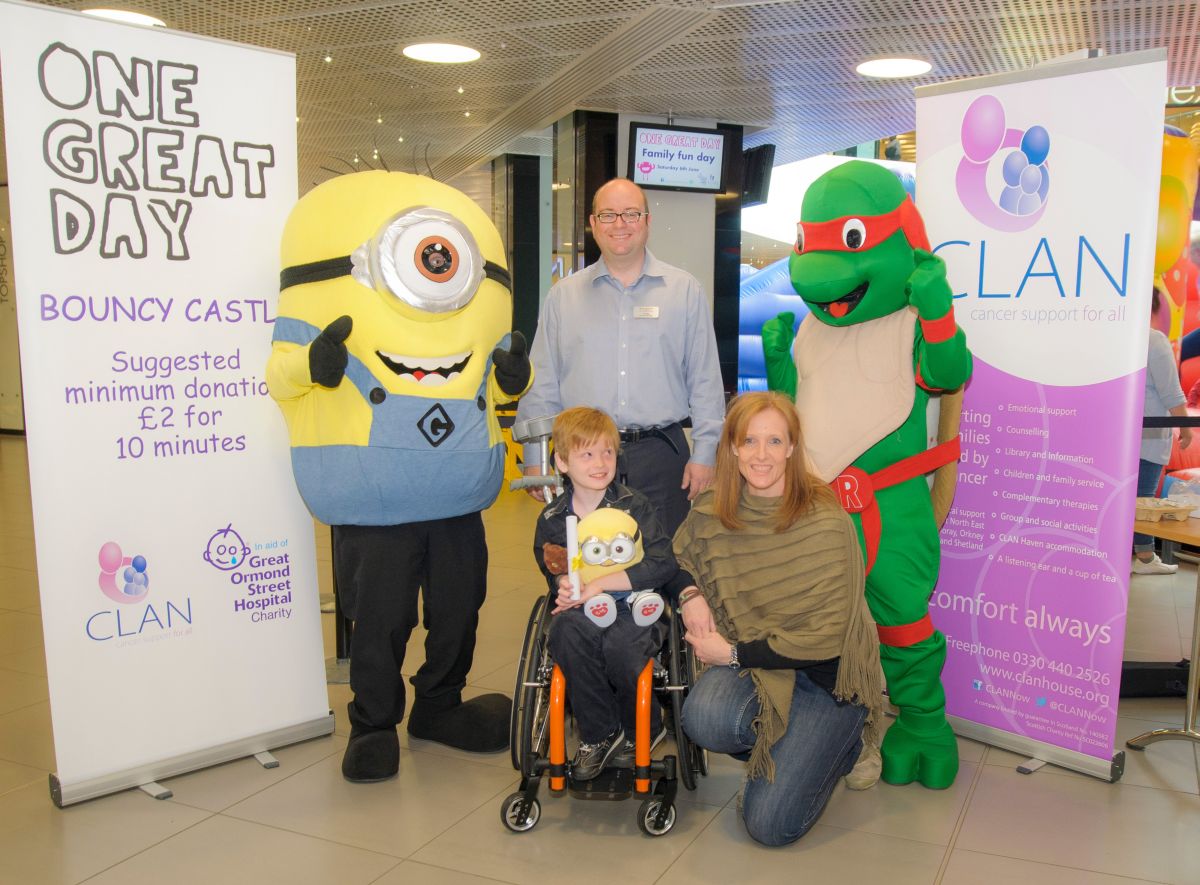 Craig Stevenson, manager of Bon Accord and St Nicholas, with Alfie Milne and his mother Tracy.

With thanks to Jessica Murphy, Citrus Mix.

Bon Accord & St Nicholas has brought in thousands of pounds for two worthy causes after holding a day of fundraising.

The centre has now raised more than £8,000 for the two charities, with more donations still coming in.

Alfie was diagnosed with lymphangiomatosis; an extremely rare and incurable disease of the lymphatic system causing tumours to spread throughout the body, in 2008.

The youngster has been receiving treatment from Great Ormond Street Children’s Hospital in London, after finding it difficult to receive help in the north-east due to the rarity of the illness.

CLAN Cancer Support, which provides free support services to anyone affected by cancer across the north-east of Scotland, also benefitted from the fundraising day. The charity offers a dedicated children and families service, providing a listening ear and activities aimed at helping both groups through a cancer diagnosis.

The centre had already been collecting for both causes, with a coin vortex donation point in place within the mall and a bouncy castle fun day which was held for the campaign.

“We had a fantastic crowd along to One Great Day, who got into the spirit of the event and helped create a brilliant atmosphere in the centre. Our current running total of £8,000 has surpassed our expectations, and we are delighted to have been able to help two such worthy causes.

“Alfie and his family did a wonderful job opening proceedings for us, it was great to have them along, especially as we know how much Great Ormond Street has helped them. We are pleased to have also been raising money for CLAN, which does so much to help people with cancer throughout the north and north-east.”