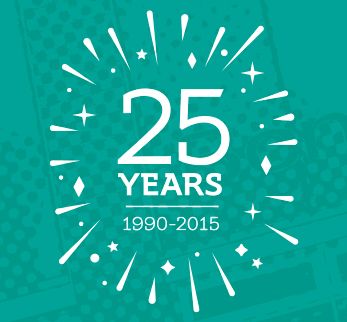 A city centre shopping mall will be stepping back to the 90s this weekend as it comes together with its shoppers to celebrate its 25th birthday.

Bon Accord & St Nicholas will celebrate the milestone this Saturday (August 22) with a day of fun filled events that will see staff, both old and new, retailers and visitors mark the anniversary.

Within the Bon Accord mall itself will be a pop-up 90s museum, with two 1990 Minis, along with a pinball machine and Street Fighter arcade game providing the focal point of the exhibition.

Visitors will also be able to get a glimpse into the fashion trends from days gone by, as well as a look back to some of the most iconic football kits from the time, including a range of Aberdeen FC tops and Scotland’s World Cup kit from 1998.

A host of 90s films will also be shown on a big screen throughout the weekend, with 90s songs, pop up celebrity cut outs as well as a host of competitions and prizes completing the retro event.

The mall will also be a venue in support of the Celebrate Aberdeen weekend which is taking place this weekend at various locations across the city centre.

The Bon Accord mall was officially opened in August 1990, by Her Majesty the Queen and has been at the heart of Aberdeen’s retail scene ever since. Throughout the last 25 years, it has continued to grow and innovate and is currently home to Scotland’s largest Next as well as the city’s only Topshop and Topman standalone stores. It most recently added leading brands Jigsaw and JoJo Maman Bebe to its line-up.

“Over the last few weeks, we’ve been working hard to finalise a programme of events that really will come together to help mark our 25th birthday in style.

“From Mini cars, to a Spiderman pinball machine, 90s films and even live performances from some of the city’s most popular acts, we’ve got so much for all the family to enjoy this weekend and we’re looking forward to taking people back in time.

“So much has changed since the Bon Accord mall officially opened in 1990 and it’s not every day that a shopping centre celebrates its 25th birthday. I’d like to invite all our loyal visitors and staff to join us for a day of celebration and we look forward to welcoming you along this weekend.”

The centre’s celebrations will continue throughout September, with a number of the retro arcade games and parts of the exhibition being present in the mall across the coming weeks. For more information on the day itself, please visit www.bonaccordandstnicholas.com