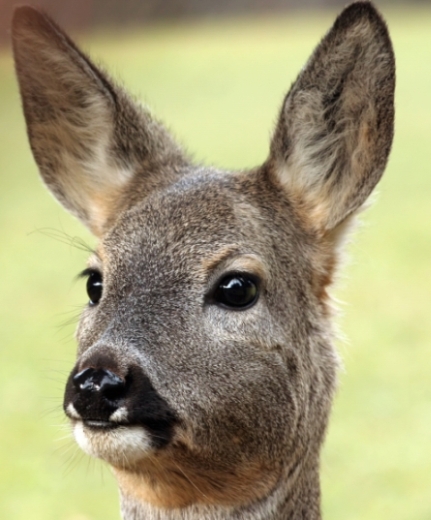 On Tuesday 21 April I represented the Save the Tullos Hill Deer group at Aberdeen City Council’s Petitions Committee. The petitioners had several requests; the results were mixed. Here are the results of that meeting.

With the mandate of hundreds of Aberdeen residents, and the backing of people from Aberdeenshire and beyond, a 10 minute presentation was delivered to the City’s Petitions Committee.

The issues that the petition put to the Committee were:

A copy of the presentation made to the city can be found here:  http://suzannekelly.yolasite.com/

Culling to Continue / no clear explanation on deer gene pool

Sadly the culling will go on – at least until a review of deer issues are made in October. But with such strong, well-funded lobbyists in favour of deer culling, unless there is a public outcry, there is little hope but that Aberdeen will stick to the controversial SNH guidelines. Where we had dozens of deer in the gorse and meadow of Tullos, the SNH now want somewhere between 3 and 4 animals while the trees grow (if they do grow – which would take decades) to about 6 animals.

Animal welfare experts, landowners and gamekeepers all disagree with the SNH over culling quantities, as have cities such as Glasgow, which are being lobbied to accept the guidelines and cull. The election run-up is a good time to contact your elected officials and candidates on these issues. The Tree for Every Citizen scheme was a Liberal Democrat election campaign promise; it was meant to be cost neutral, a score on which it has failed.

Another small victory is that the city seems willing now to erect signs warning where there are likely to be deer crossing.  Shaw said there is no pattern to where the 40 deer accidents he claimed happened last year are. Given that there is so much building taking place in Aberdeen’s former greenbelt, this is not a huge surprise.

However common sense will hopefully prevail, and at appropriate places motorists can be warned deer are in the area where no such warnings exist at present.  There are fewer accidents when drivers are warned of potential risks as opposed to when they are not; this is basic logic. When I last lobbied for this, the city’s astonishing reply was that ‘people don’t pay attention to signs’.

This has hardly stopped the city erecting dozens of signs of every kind all over the roads advertising all manner of events. The number of accidents caused by drunk drivers, speed, speed inappropriate to weather conditions, etc. in our are far, far dwarves the number of deer-related accidents: looking after the safety of motorists and our remaining wildlife should be a priority, the price for which should not be paid by the wildlife.

The committee seemed interested in the poaching aspect; hopefully something will be done to protect our deer populations.

Costs to be Revealed

In a considerable victory, the committee agreed with the petitioners that all of the costs associated with the Tree for Every Citizen Scheme will be revealed. Aberdeen Voice uncovered some £169,000 expenses associated with Tullos Hill alone – and yet city officer Peter Leonard promised the Housing & Environment Committee this was to be ‘cost neutral’. Leonard should have also had sight of a letter that puts the plan’s success into question.

Having made my presentation which can be found here, it was over to a city officer to speak.  I had absolutely no right to reply at the meeting.  Here is what the officer said, and what I’d say in response.

Officer Steve Shaw:  The scheme is an award winning success

Rather than ranger Ian Talboys addressing the committee, Steve Shaw did. He spoke of 40 accidents over the past year involving deer – some where drivers apparently merely ‘nicked’ or ‘bumped’ an animal and then reported this to the police. Some were collisions. A humane response might be to erect the signs that I have been calling for, rather to call for killing our deer.

There are also devices that can deter deer from crossing roads. Then again, this is a city council whose ranger considered shooting two young deer who got trapped in a Tullos fence – rather than opening the gate. I would have liked to tell the committee about that.

Weeds surround tree guards where there were once flowers and gorse; at 3 years old, there is no substantial sign of growth. Yet this scheme won awards – as Steve Shaw was proud to announce in his counter to my speech.

Talboys was presented one such award despite the clear visual devastation on the hill from its former state. This award he won was given by the Woodlands Trust.  Does the Woodland trust work closely with the SNH who is pushing its deer cull guidelines and wants powers to make them mandatory on public and private land?

Those behind the scheme

Ranger Ian Talboys was present with city officer Steve Shaw.  Talboys is a name that will be familiar to anyone who’s followed the ‘Tree for Every Citizen’ scheme; he’s a strong advocate of deer culling, and belongs to the Lowlands Deer Network, which lobbies local governments to try and encourage deer culling. It is funded in part by Scottish Natural Heritage, who favoured the scheme to turn Tullos from a meadow environment suitable for deer into the current condition it is in.

Shaw didn’t mention the group by name, and other pro-culling groups may well be involved. Considering SNH found £100,000 to give to such groups in 2014, it is no wonder that the pressure to cull is on.

The fight is still very much on to protect our wildlife, our wild places, and taxpayer money.