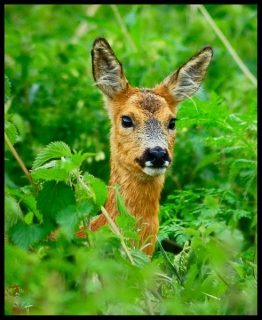 Aberdeen City Council is planting 100,000 trees at various sites in Aberdeen including Tullos Hill as part of their Tree for every Citizen scheme. On paper this looks like a modern, progressive move. However a large number of deer inhabit the hill and to protect the young trees a cull has been advised by Scottish Natural Heritage.

On 1st March 2011 Aberdeen City Council will meet to discuss the issue and make a decision.

Animal welfare groups and others across the country are voicing their opposition to the cull as they believe that a decision to proceed with it would not only be unethical and barbaric, but would be ineffective. There is a wealth of evidence showing that culling deer to ‘keep down numbers’ only works if done repeatedly and that alternative methods such as simple tree sleeves, fencing to protect trees, supplying alternative browse or other deterrents are both humane and effective.

When culling has been carried out previously, the remaining animals have flourished because less competition for food exists, resulting in a higher reproductive rate. In this way they replenish their numbers. Even if the cull drastically reduces numbers in the herd, this is short term as it allows other deer to move into the vacant areas. The inevitability of increased deer numbers means that a cruel cycle of repeated killing begins.

“The established normal practice is to cull the deer during the establishment period of the trees, during the first 5 years or so after planting.”

In their ‘North Sea Trail’ leaflet, they promote the roe deer on Tullos Hill as an attraction!

Mr Leonard’s department is proposing a cull primarily on the basis that it is the most cost effective method of managing deer, but the costs set out for alternatives in the proposal are not transparent and detailed costing for the cull is not presented, making any reasonable long term cost / benefit analysis impossible.

Inevitably, this just gives the impression that the proposal is biased in favour of the cull.

The city’s Tree for Every Citizen scheme has the potential to be wholly positive – the planting of native species of trees, cutting carbon emissions, transforming the city and creating habitat are all to be commended and would still happen if the deer were left alone. It is likely that the deer at Tullos Hill have roamed there for generations, long before the council marked the hill for tree planting, and interaction with the deer has long been enjoyed by the Aberdeen public and visitors to the area, as the council well knows. In their ‘North Sea Trail’ leaflet, they promote the roe deer on Tullos Hill as an attraction!

It is hypocritical that a scheme which claims to deliver benefits to citizens’ health and well-being, as well as providing specialised habitats for nationally important species and enhancing the environment, could begin with the brutal slaughter of one of our most beautiful native animals, following a trend that has become far too commonplace in ‘wildlife management’. 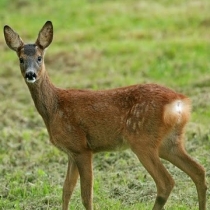 Take action against this needless persecution and ensure that it doesn’t take place.

If you are a citizen of Aberdeen, tell the Council that you don’t want a tree planted in your name if a deer has been killed for it.

Click on the link below and let them know that this slaughter is unacceptable and that the Tullos Hill deer should live.