By Stephen Osborne with thanks to Lesley Dunbar.

In just under a fortnight, councillors from across the city will come together to decide how the forthcoming budget cuts should be distributed throughout its infrastructure. 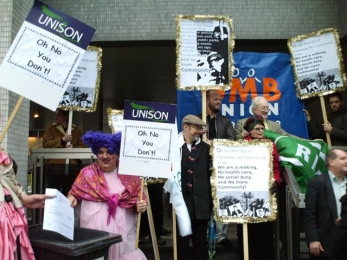 The cuts have been long forewarned, with the Council gathering local opinions late last year from residents in the form of a short questionnaire, asking which services they felt should be prioritised. Unsurprisingly, education fared considerably well in these results, making it into the top six of the Council’s priorities for spending over the next five years.

Despite this, Aberdeen City Council is proposing to slash the number of Pupil Support Assistants (PSAs) within both primary and secondary schools. Pupil support assistants help children with learning difficulties and disabilities with their class work at school, but the council has not consulted with parents on the effect these cuts will have on student’s education.

By implementing this cut, the Council will be going against not only one, but two of its six main priorities for the next five years: to “help ensure that all schoolchildren reach their full potential” and to “provide for the needs of the most vulnerable people”.

The Aberdeen branch of the union Unison is urging residents to contact their local councilor, showing their support for pupil support assistants and enquiring as to why public consultation on this matter has not taken place.

Further details of Unisons campaign can be found at www.aberdeenunison.co.uk or by calling 01224 620624

There will be a demonstration outside the Town House on the 10th of February between 12-2pm against these proposals.

If you wish to add your voice to this issue, you can find out who your local councillors are here http://tinyurl.com/6xeb72o and adapt/send the following letter.

As a parent in Aberdeen I am opposed to the budget proposals to drastically cut the number of Pupil Support Assistants in all city primary and secondary schools at the Council Budget setting meeting on 10th February 2011.I have never been consulted about the effect this proposal will have on my child(ren)’s education.

I would be obliged if you would send me the Equality Impact assessment that must have been prepared prior to the decision to propose any cuts in Pupil Support Assistants numbers.  I am urging you as my Councillor to vote against this particular budget cut on Thursday 10th February.

I would also be grateful if you could confirm you have received this letter and let me know how you intend to vote.