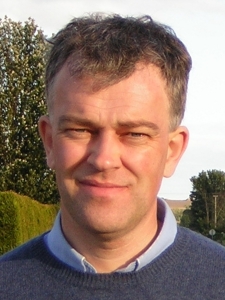 Next February, councils will set their revenue budgets for the financial year 2011/12. It looks certain that the funding councils receive from government will be reduced, leaving councils with no choice but to make painful cuts to a wide range of public services.

Aberdeenshire Council will be no different from other councils in the difficult decisions it will have to take.

The Council’s revenue budget – the budget that pays for the running costs of Council services – is currently £550 million. Around 20 per cent of that comes from the Council Tax, the Council offsets the cost of some services by charging users, but the vast bulk of the Council’s funding comes, in one form or another, from the Scottish Government. Even before the Council Tax freeze, the Council only had control over a small proportion of its income. Now, effectively, the amount the Council has to spend on services is fixed by the grant funding it receives from government. If the Council is given less, it will have to cut its spending accordingly.

One problem for the Council is that, only three months before setting its budget, it still does not know what size of spending cut it will have to make.

Aberdeenshire may have to make savings of anything from £25 to £40 million next year. It could even be more, or less, than that range. Until the Scottish Government makes its decisions, the Council is having to plan for a variety of scenarios.

I have been a councillor for eleven years. Setting the Council’s revenue budget is always challenging. There is never enough money to fund all the services the Council would ideally provide. The cost of providing services goes up every year due to price increases (especially, in recent years, for electricity and heating), staff salaries and, in some key areas, more people needing the service. For most of the last ten years, though, the Council has received additional funding from government, but not usually enough to fully cover the increased cost of keeping services running as before.

For the first time in my experience, the Council’s overall budget is set to shrink

Arriving at a balanced budget for the following year required some spending to be cut and savings made even though there was to be a rise in the Council’s total spending.

This year will be different. For the first time in my experience, the Council’s overall budget is set to shrink. Savings (or cuts) will have to be found to offset all the rises in costs since last year, and the Council will have to cut spending to match the reduction in income from government grant. Since the Council has been seeking savings every year already, there are no (or very few) easy options for achieving this.

Personally, I will want to support measures that as far as possible protect education and social services, reduce the Council’s carbon emissions and which accord with sound financial management.

There are a few savings that I think the Council should not find it too difficult to agree. One example is funding for unadopted roads.

The Council will struggle to adequately fund the maintenance of public roads, a clear council responsibility. It can’t afford to contribute towards the cost of maintaning or improving roads it is not responsible for that provide access across private land.

Ending funding contributions to unadopted roads would save the Council £300,000 – a worthwhile saving but only a small fraction of the savings the Council needs to make.

I hope the Council will use the budget process to acknowledge that it cannot afford what it would have to pay if the Western Peripheral Route was built.

Unfortunately, however, it is difficult to see how the Council will be able to balance its budget without making cuts in education and social work. These are the services which account for the bulk of the Council’s spending. The education budget alone accounts for nearly half of what the Council spends each year.

Cutting education or social work is the last thing I want to do – but the Council cannot spend money it does not have.

It is also true that the UK budget deficit cannot be ignored – reducing it is essential – but there are alternatives to the draconian cuts in public services and welfare the Liberal Democrat/Conservative coalition government has chosen. Raising additional tax revenue from those who can afford to pay would be a good start. The Scottish Government too could use its powers over taxation to reduce the scale of the cuts if it wanted to.

Given the scale of the likely cuts, I believe asking some people to contribute a bit more towards the cost of public services would have been a far better and fairer option.