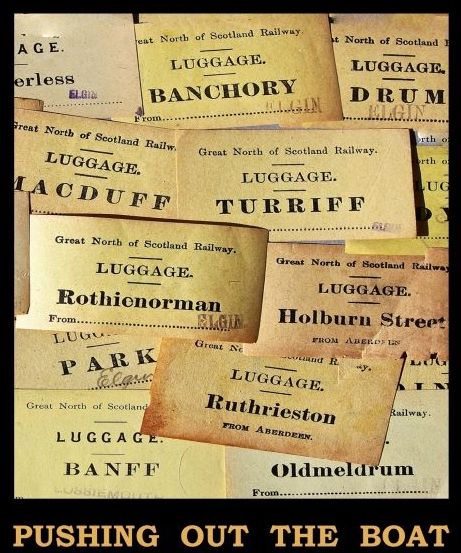 With thanks to Freda Hasler.

Stories and poetry from this wonderful new edition will be performed by writers and members of the Pushing Out The Boat team at the AU May Festival on Sunday 31 May, at noon. Copies will be available for purchase.

What a lot the team have achieved since the last edition!

In around 100 pages of stories, poems and visual art, the contributors,  57 writers and artists –  many from or with connections to the North East of Scotland, plus a few from as far afield as the USA & Australia – are introduced in a glowing Foreword by aclaimed local writer Esher Woolfson.

As always, the first-time published are represented, as well as youngsters aged from 12 to under-18, all alongside their recognised peers.

After its launch on 26 April, this new edition of Pushing Out the Boat, alongside many of its predecessors, can be read in the public and school libraries of both City and Shire, and those of Aberdeen’s Universities and Colleges. The magazine retails in many galleries, shops and cafés throughout the North East, and costs £7 (the first increase for three years). For online orders add postage and packing.