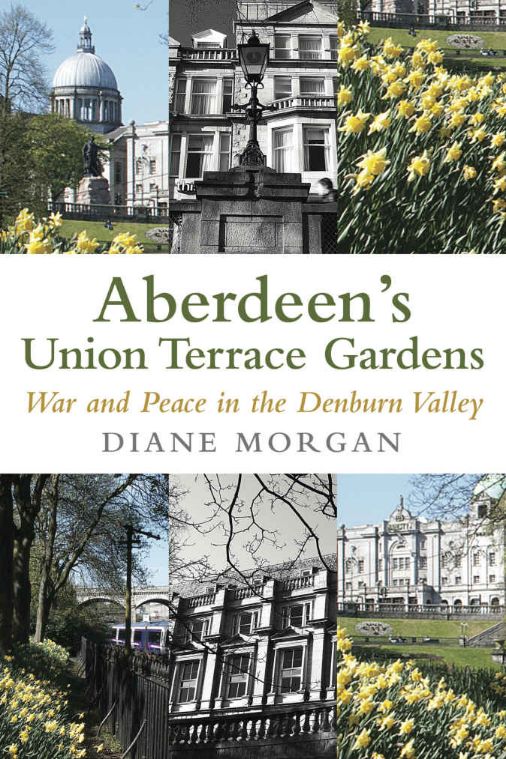 One of Aberdeen’s finest vistas is the 270 degree panorama of the northern city centre visible from the comfort of His Majesty’s Theatre’s glass extension, not uncontroversial itself as an architectural development.

Robert Gordon’s College, Cowdray Hall and its War Memorial, the Triple Kirks’ sadly-neglected but worthy brick spire, the beautifully-restored Belmont Street buildings, the impressive traffic-swallowing jaws of Union Bridge and Union Terrace’s imposing geometric granite facades can all be taken in with little more than a single swivel of the head.

In any weather, the view warms the heart of those with a love of sympathetic, integrated urban development. It defines Aberdeen.

At its centre is Union Terrace Gardens, the floor of the Denburn Valley, its greenness contrasting yet complementing the stark beauty of native granite.

Who would think that such an unimposing but beauteous defile would have caused controversy for centuries during its development, and very recent real conflict as its future divided opinion and caused lasting damage to political and even personal relationships in Aberdeen?

Diane Morgan is meticulous in her narration of the controversies that have surrounded the Valley’s development since its days as a bleaching green on the banks of the burn between Mutton Brae and Corbie Heugh.

As in her previous essential heritage volumes, she brings history to life, as if James Matthews and James Forbes, early pioneers of the Gardens’ development, are flitting in and out of the pages along with the original occupants of Union Terrace as that grand avenue’s status grew from  tenemented cul de sac to become a highly-desirable residential and commercial location.

Conflicts are not new, we discover. Arguments over railway routes, disputed hotel names, kirk developments, bridges, Denburn Viaduct and even the trend for placement of inappropriate city artefacts in the Gardens, has seen the Denburn Valley a continual focus for debate and even rancour in the city. The current Dandara development on the Triple Kirks site means that controversy continues.

Of course, it is the recent divisive controversies that most will remember, and the author hands over to Mike Shepherd, the tireless former chairman of the Friends of Union Terrace Gardens, to examine in detail, and subsequently fillet, the business case for the City Square/City Garden Project, all the while displaying the emotional attachment that Aberdonians have for their Trainie Park.

Side-swiping at the mania for ‘connectivity’, Ms Morgan points out that Union Bridge and Denburn Viaduct have already solved issues with “the physical barrier of the Denburn Valley” which marks “the place where the new city took over from the medieval town”.

This is a superb perspective of the troubled history of Aberdeen’s centre, as impressive as the view from HMT.

One Response to “War And Peace In The Denburn Valley: A Review”