In documents released to Suzanne Kelly under Freedom of Information Legislation, it emerges that two deer were trapped in a fenced off area on Tullos Hill in early June of this year. Emails between city officials seem to show that keeping this story quiet was a main concern. By Suzanne Kelly 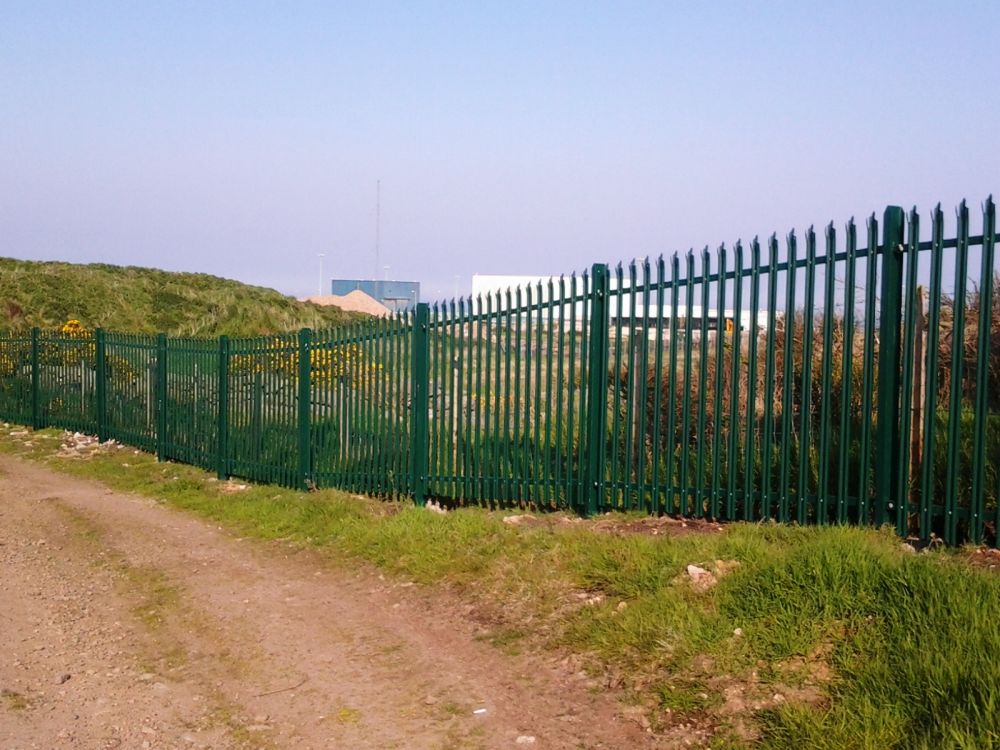 Some of the fencing erected c. Oct 2011 we were told we could not afford, and which ruins the view.

Tullos Hill’s deer population may now be as low as three animals, as previously reported – but for those that remain, fencing and ‘sprayed off’ vegetation means real hardship.
Two roe deer were trapped in the narrow gas curtain fenced area in early June it has just emerged. Emails between city employees arranging for the deer to be let out of the area acknowledge that plants are being sprayed, leaving the deer even less food to eat.

The emails read in part:

“I have been on site this afternoon and they are still there. As it looks like the vegetation has been sprayed off there is no real food for them in their [sic] there will soon be a welfare issue for the deer.  Is it possible to arrange for the gates to be opened so they can be gently encouraged out?”

If the ‘gentle encouragement’ didn’t work, one of those in the email chain offered a lethal solution:-

“Alternatively [name blacked out from the email] may be able to remove them with his rifle, though he may consider it too risky due to the risk of ricochet off the fencing.”

Keeping the citizens in the dark:

Two deer were stuck in a fenced area (note at the time of the initial tree for every citizen scheme, the public had been told fencing was too expensive a means to protect trees; the hill since has new fencing for the area the deer were trapped in, and wire fencing in another area) – they were stuck over the weekend without food as no one picks up messages on weekends, apparently.

Happily the deer were not shot in this case, although there have been signs that deer were killed and dismembered this year on Tullos and nearby Kincorth Hills – more on that in a future article.

Aside from either freeing or killing the deer what were the city’s correspondents interested in? Keeping this incident secret:-

“We would not want this getting into the Evening Express so we need to act as a matter of urgency.”

From the start of the plan to plant trees on Tullos, the city has controlled what information it wanted the public to have. A small selection displaying the secrecy involved includes:-

Thirty four or thirty five (precise figure unknown) deer were killed to facilitate planting trees on Tullos. This hill had been a rubbish tip and former gas-explosion risk area; but with other vegetation being ‘sprayed off’ and massive culls, it is now estimated that there are less than 20 deer in the entire city.

How the population can survive at all is a mystery – yet the city continues to stick to the premise that roe deer are a problem and the plans to shoot remaining deer continue. A private person in Cults is also complaining that deer enter his garden and should be shot.

As the population of the city’s roe deer has all but crashed and the city continues its persecution of these animals with the SNH’s blessing, further articles will be coming soon in Aberdeen Voice. We will bring you comments from those involved, from experts who wanted non-lethal means to plant the trees, progress on the trees’ growth (or lack thereof) and more.

4 Responses to “Trapped Deer: City ‘Doesn’t Want This Getting Out’”