The University of Aberdeen’s Watt Hepburn Lecture was billed as offering ‘original perspectives on the interaction of business and society at a time when Corporate Social Responsibility (CSR) is preoccupying business leaders and consumers alike’. David Innes writes. 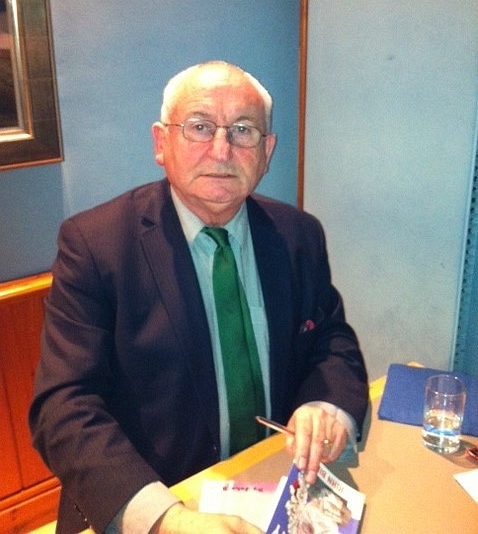 Who better to talk of real CSR, rather than the corporate box-ticking exercise completed by organisations paying lip service to it, than John Bird, founder and force behind The Big Issue?

Introduced by Principal Professor Ian Diamond, who talked of his pride in the University’s 500-year record of practising business ethically whilst making money, Bird demonstrated in 90 whirlwind minutes his reputation as a fixer with wholly-altruistic motives, ideas and ability to follow through.

The format was conversational, with Lesley Hetherington prompting, and Bird talking passionately about his background and the journey to becoming ‘a working class tory with Liberal and Marxist leanings’.

The Big Issue, he has always maintained, is designed to give the disadvantaged ‘a hand up, not a handout’. He berated governments and charities for failing to help the poor to earn an honest wage to keep them from crime and raise themselves above the breadline, especially before the establishment of the Big Issue, when the ‘tsunami of social failure’ was Thatcher’s legacy.

He was honest. He has no alternative but to brown-nose the rich and powerful to get what he needs to empower the poor. No-one will get rich working for The Big Issue, but he offers stellar references to those who impress him during their time with him. Ask the BBC’s Sophie Raworth.

He summed up the success of The Big Issue by stating that ‘its radicality is not in its content, it’s in its relationship with the poor’.

The magazine learned from the failure of a US street magazine that dealt purely with social and homeless issues. The Big Issue deliberately carries lifestyle content of interest to readers to make them want to buy it. This, he said, proves that ‘pioneers die, settlers prosper’ citing Laker’s budget airline failure versus the success of Virgin and Ryanair as further proof.

Marx didn’t quite get it right, Bird thinks. It is the means of distribution that needs to be taken into social ownership by consumer power. Supermarkets do not manufacture, they distribute and profit from this activity. He cites Tesco as an example.

He is currently responsible for research and development. He explains that business circumstances, even for a charitable street magazine, are changing. Free newspapers abound, street charity chuggers now compete with his vendors, so other revenue sources are being developed, emphasising that we have power, as consumers, to effect change. The age of overt street protest, he believes, is over.

Bird has a vision of a social Amazon, where giving social enterprise profits to charity becomes a consumer choice. The Water Project, which gives us the choice to direct profits to Evian shareholders or to a charity building dams and digging wells, has already been successful.

In the pipeline is a social enterprise making and selling high-quality jeans and Bird loves the idea of connecting social booksellers via the internet to develop the global social Amazon he envisions.

John Bird is inspiring, affable, down to earth and has in abundance the prime quality of a great leader, the ability to make people want to follow him. We can all help him fulfil his dreams of helping others.