In 16th and 17th Century Scotland literally anyone could be accused of dealing with the devil and practising the black arts, relates Duncan Harley, one of Voice’s local history research wizards experts. 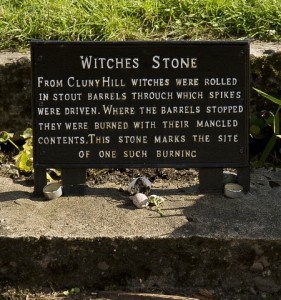 These were times of great superstition backed up by the force of what now appears to be a cruel and brutal legal system which commonly used torture and trial by water and fire to determine the guilt or innocence of those unfortunates accused of consorting with the devil.

Taking her lead from a Europe-wide inquisition leading to the mass burning of heretics and those thought guilty of witchcraft, Mary Queen of Scots had officially banned witchcraft in Scotland in 1563.

Known as Mary’s Law, the Witchcraft Act of 1563 defined witchcraft as sorcery and described a witch as a person considered to have supernatural powers granted by Satan in exchange for the giving up of their soul.

Under Mary’s Law, both the practice of witchcraft and consulting with witches were capital offences.

Although repealed in 1735, by which time the House of Lords considered the crime of witchcraft to be ‘an impossible offence’, witchcraft was an offence which, in fact, remained on the UK statute books in various forms until 1951.

Historians’ estimates of the numbers of people executed in Scotland between 1563 and 1735 vary widely, but the numbers are likely to be in the tens of thousands and most towns and cities have both tales and historic sites related to this period of terror.

In Keith, there is the notorious Gaun’s Pot, a pool just under the present A96-bearing Union Bridge, where alleged witches were once drowned. Forres has the Witches’ Stone where according to the Royal Commission on the Ancient and Historical Monuments of Scotland, ‘from Cluny Hill witches were rolled in stout barrels through which spikes were driven. Where the barrels stopped they were burned with their mangled contents.’

It may be no accident that in Macbeth, Shakespeare placed his three witches on a heath near Forres!

It wasn’t just the ordinary mortal who could be accused of doing the devil’s work in the 17th century, however, as the tale of Robert Gordon illustrates.

Better known as the Wizard of Gordonstoun, Sir Robert Gordon, the 3rd Baronet of Gordonstoun, was born in 1647 and lived out his 57 years during a highly-superstitious and God-fearing period in Scottish history. Educated in Italy where he studied chemistry and mechanics, he had somehow acquired the reputation of being a wizard. It was said he ‘gave himself away’ to gain more knowledge. 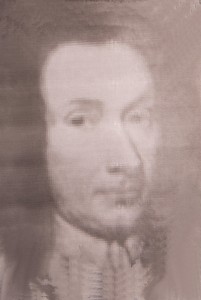 Some said he had sold his soul to the devil in exchange for thirty years of life and the understanding of science. An inspiration for Oscar Wilde’s The Picture of Dorian Gray perhaps?

The rumours followed him home to Gordonstoun, where he was seen to conduct scientific experiments in a round house connected to the sea caves at Covesea beach via a secret tunnel. Seemingly, he supped with the Devil and danced with naked women.

He was said to have no shadow and was rumoured to have learned the mysteries of necromancy during his residence at the University of Padau in Italy.

Many other rumours circulated and Robert’s reputation was perhaps not enhanced when it emerged that he had slow-cooked a salamander over the course of seven years to persuade it to reveal scientific secrets.

Fortunately for Sir Robert, his great wealth and not a few lofty connections meant that those who would have tried him for wizardry, or indeed witchcraft, were powerless to act against him. In the light of history he was probably just a rather eccentric but dedicated scientist who lived in a highly superstitious age.

One of Sir Robert’s significant achievements was the design of a ‘better sea pump’ for the British Navy. Samuel Pepys, Secretary to the Navy during 1687, obtained a warrant from King James II to pay Sir Robert £318 in recompense for the new and improved pump design, which was, according to Pepys, ‘beyond what has ever been achieved by the present ordinary chain pump.’ Praise indeed.

The last convicted witch in Scotland, an unfortunate lady by the name of Janet Horne, was burned at the stake in Dornoch in 1722. The last successful trials under what had become The Fraudulent Mediums Act were heard in 1944 when two separate cases involving mediums were brought to court resulting in the convictions of Jane Rebecca York and Helen Duncan.

72 year old Ms York was fortunate in being punished by a fine amounting merely to five pounds after being convicted of falsely claiming that her spirit guide, a Zulu warrior known as Guide Spirit Zulu, could contact the dead.

The slightly more unfortunate Ms Duncan received a nine month prison sentence following her quite-detailed revelations about a highly-censored and extremely secret report about the wartime sinking of the battleship HMS Barham off Dakar in 1941, in which a great loss of life was sustained. Seemingly the authorities chose to view her powers as a medium as a threat to national security during the run up to the invasion of Europe.

Whatever the truth about mediums, warlocks and witches, Sir Robert Gordon was probably not in league with the devil. He probably did cast a shadow and was almost certainly endowed with scientific knowledge far advanced for the times he lived in.

He did invent a better sea pump for the Navy after all.