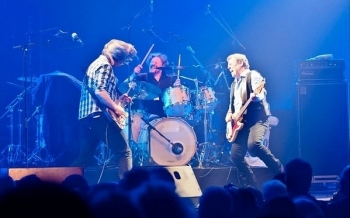 This promises to be a proper celebration of the music of Rory Gallagher without being a tribute band, as some long-serving musicians band together as friends to create the Band of Friends.

Original band members and friends include,

Played with Rory for 20 years; from 1971 to 1991 and because of this has a great insight into the man and his music. Gerry played on every album Rory ever made.

Grew up with Rory’s music and Gerry is quoted as saying, “This is the closest guitarist to Rory you will ever hear”.