This week we examine the UKdimension of the Economics of the UK’s nuclear deterrent Trident,  and next week we will look at  Scottish dimension.  This is one of a series of articles being produced by Aberdeen and District Campaign for Nuclear Disarmament (CND). You can read further articles in both past and future editions of Aberdeen Voice.  With thanks to Jonathan Russell. 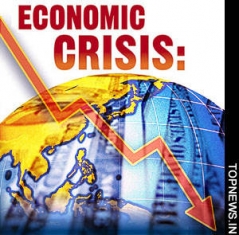 Given the global recession and the United Kingdom’s huge debt crisis, a major area of concern is whether, in a time of massive cuts, Trident should be a priority of our public spending.
The estimated lifetime cost of more than £80 billion to replace Trident will have a significant effect on other public spending and, if the experience of such replacements replicates what has happened in the United States, costs could be more than double that amount.

A recent BASIC Trident Commission report has stated that the non-replacement of Trident could produce substantial cost savings of up to £83.5 billion over the period 2016 – 2062.

The Ministry of Defence faces cuts of up to £74 billion over the next ten years and a £36 billion deficit on projected capital programmes.  On top of this, there will be a bill exceeding £20 billion for the capital costs of Trident replacement over, more or less, the same period.

In April, 2010, under the heading The UK does not need a nuclear deterrent, Lord Bramall, the former Chief of Defence Field Marshall, challenged the wisdom of replacing Trident in the following letter to the Times:

“It is of deep concern that the question of Trident replacement is at present excluded from this process (the Strategic Defence Review).  With an estimated cost of more than £80 billion, replacing Trident will be one of the most expensive programmes that this country has seen.  Going ahead will clearly have long-term consequences for the military and defence equipment budget that needs to be carefully examined.

“Given the present economic environment in which the defence budget faces the prospect of worrying cuts and that we have already an estimated hole in the defence equipment budget of some £35 billion, it is crucial that a review is fully costed.”

He also added that the option of nuclear disarmament needs to be carefully evaluated as:

The £80 billion cited by Lord Bramall included the running costs of the present and successive programmes and the disposal costs of nuclear waste.

UK CND point out that £3.1 billion a year would pay for approximately 31,000 houses and create employment directly in construction and through the supply chain, for 62,000 people.  Given the UK housing shortage, this would be a win-win situation resulting in both growth in the economy and the provision of much needed social housing. 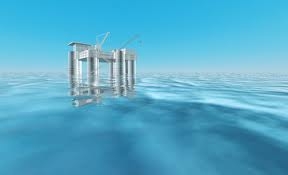 The vulnerability of employment loss UK wide would be most acute in Barrow-in-Furness and, to a lesser extent in Aldermaston and Burchfield.
Professor Keith Hartley, in the recent BASIC report, analyses the impacts arising from possible options and concludes that, if the government decided to cancel the Trident programme, the UK would be looking at job losses of around 9,200 after 2025 and the loss of 21,700 jobs in 2052.

The latter losses are linked to Astute-class submarines and would allow plenty of time for future governments to intervene in particular exposed local economies like Barrow on Furness.  It should also be remembered that submarine manufacture is particularly capital intensive, so more alternative jobs could be created with the same investment.

Trident is there for defence purposes – it is not the best means of creating employment – and, unlike other UK defence industries, it provides no obvious long term benefits in the form of exports, or extensive technology spin-offs to other products or to the rest of the economy.

Job losses should also be put in proportion: between 1990 and 1995 employment in the Barrow shipyards fell from 14,250 to 5,800, a much greater figure than the possible job losses if Trident was cancelled.  The state of the economy and labour markets, including local labour markets at the time, would also affect the economic impact of the cancellation of Trident

In line with the TUC’s 2009 support for Just Transition towards a fuel-efficient green economy, government funded programmes, such as those operated in the United States under the Base Realignment Closure programme, should be adopted now.

The scientific, design and technical skills concentrated in Barrow were identified by the International Energy Agency as having the potential to be used for the development of new technological niches in the efficient production of marine and sub-sea energy.