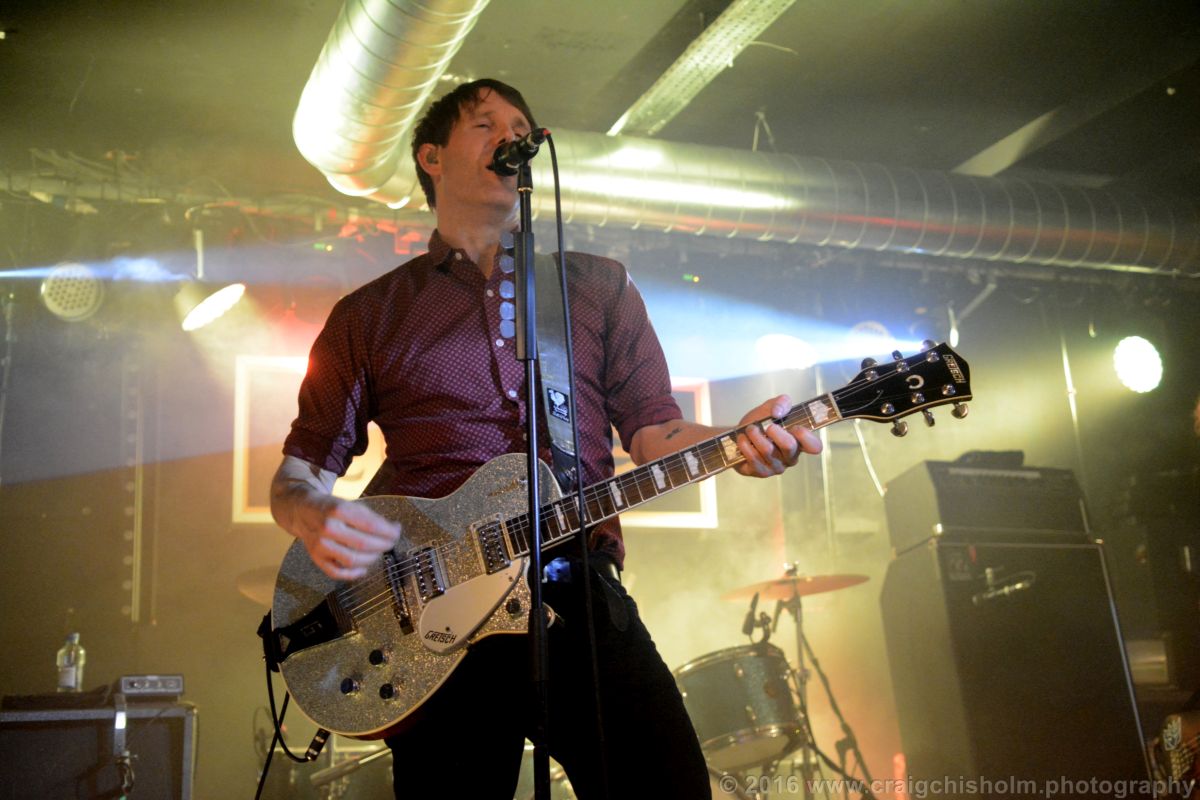 It’s been over 20 years since Britrockers Ash appeared in Aberdeen. That was for a date at the Lemon Tree supporting their then newly released album ‘1977’ and now, two decades later, they return to the city, albeit to a different venue – The Garage, on Windmill Brae – but in support of that very same album on its 20th anniversary tour.

Since the end of the September the band have been re-visiting arguably their most well-known long player and performing it from beginning to end in their set.

Starting this, their second last gig of the year, with album opener ‘Lose Control’ they bounced through 1977’s twelve tracks that include their biggest hits from their commercial peak – ‘Girl From Mars’, ‘Kung Fu’, ‘Oh Yeah’ and ‘Angel Interceptor’ were all Top 20 hits for the band and The Garage crowd lapped them up as if they were released yesterday and not as far back as 1995 in some cases.

Their most recent album, 2015’s ‘Kablammo!’ is represented by only one track tonight – ‘Let’s Ride’. 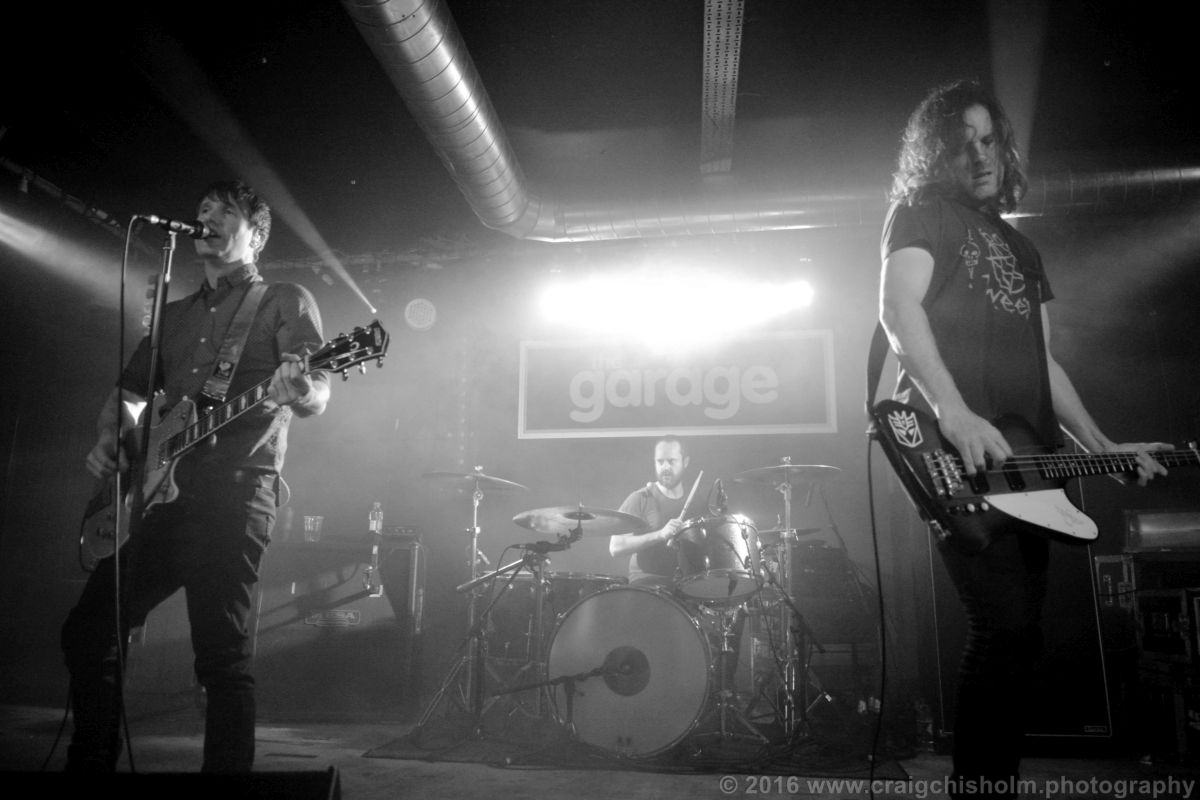 But given that most of the crowd were teenagers or twenty-somethings in the 90s the band wisely stick to the hits from that era for a nostalgia filled set – ‘Petrol’ and ‘Jack Names the Planets’ from their debut EP, ‘Petrol’ are given a spirited run through and early noughties hits ‘Orpheus’, ‘Shining Light’ and ‘Burn Baby Burn’ are well received and get the crowd animated as they sing along, as was Top 10 hit ‘A Life Less Ordinary’ from the 1997 Cameron Diaz and Ewan McGregor film of the same name.

It’s a couple of cover versions that are most interesting though – John Williams ‘Cantina Band’ from Star Wars, which was previously covered as a B-Side by the band on an early single, is timely and appropriate given the release of the latest Star Wars movie at midnight the very night of their gig and ‘1977’, of course, being the year the first movie was released.

The other cover is the one that may have puzzled the casual observer – a rocked up version of ABBA’s ‘Does Your Mother Know?’. However, if anyone had taken a trip to the merchandise stall at the back of the venue they could have picked up a CD of a set from the band’s legendry London Astoria performances from 1997 which featured that very song on it. 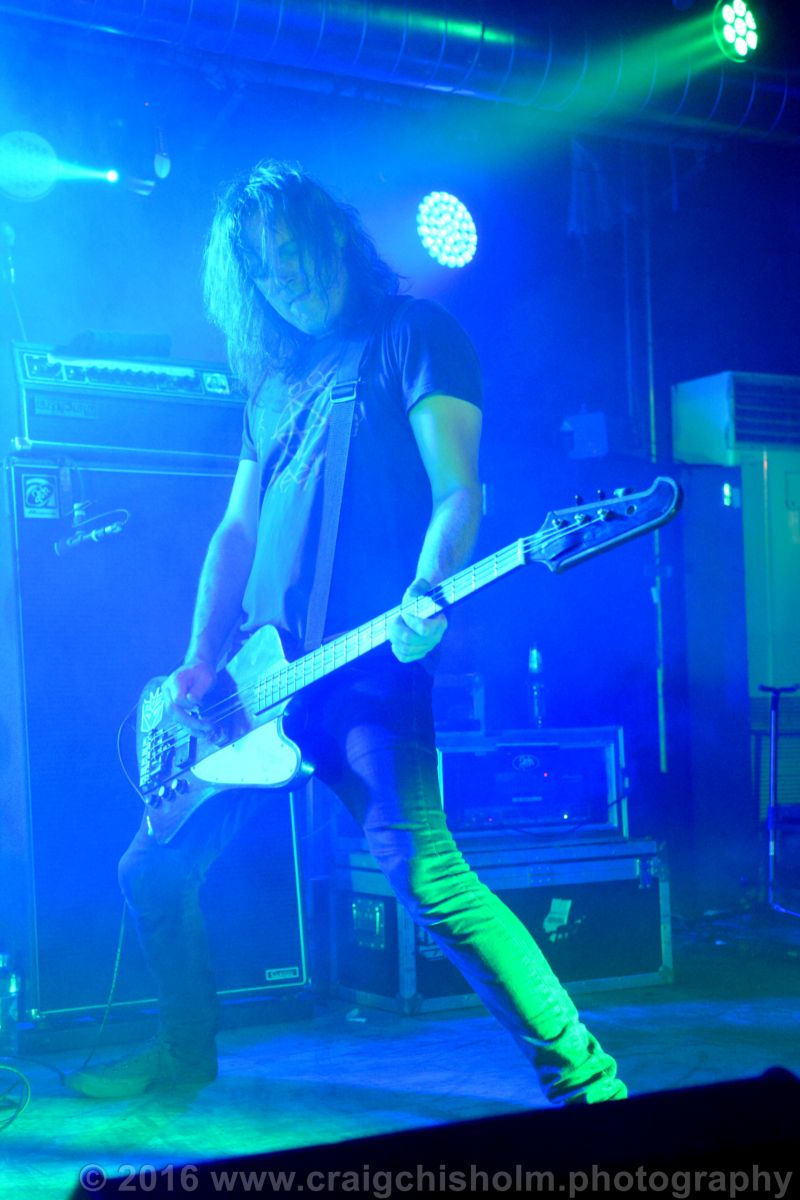 The band’s line up has remained pretty constant since they began – only the addition of Charlotte Hatherley as a full time member a few years back provided any change.

And tonight the three piece – singer/guitarist Tim Wheeler, drummer Rick McMurray and bassist Mark Hamilton – still give their all, as fresh faced and full of energy now as they were when they formed the band in High School in Belfast.

Although Ash may not have the commercial draw they once had, they still have the hooks and pop nuance that deserves to be heard by a wider audience.

Hopefully it’ll not be another two decades before they return to the North East so others can re-discover their pop-punk songs for themselves. 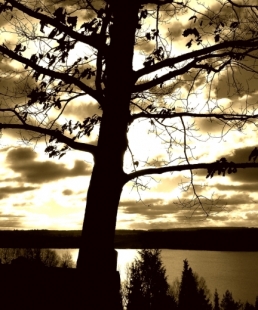 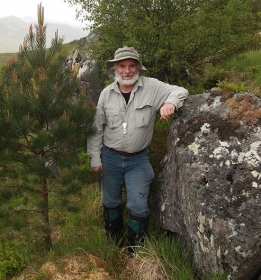 
With concerns over the arrival and spread of ash dieback in the UK growing, conservation charity Trees for Life said today that the disease highlights an urgent need to place higher priority on the conservation of the country’s native trees and woodlands.

The charity also warned that other tree diseases and pests must be taken equally seriously.

“The tragedy threatening the UK’s ash trees is a powerful warning that our native trees need help, and underlines the crucial importance of conservation work. Stronger action to protect our trees, including by preventing diseases and pests from entering the UK, is urgently needed,” said Alan Watson Featherstone, executive director of Trees for Life ( pictured ).

“Ash dieback is far from being the only disease posing a risk to our native trees. Dothistroma Needle Blight, for example, is emerging as a potential threat to the Scots Pine – a keystone species of the Caledonian Forest, on which many other species depend – and we have stepped up bio-security measures at our nursery to defend against it.”

Dothistroma Needle Blight, also known as Red Band Needle Blight, has affected Lodgepole and Corsican Pine in Scotland. The Scots Pine, which is the Caledonian Forest’s largest and longest-living tree, was believed to have low susceptibility to the disease. The Scots Pine forms a natural habitat for many species, including the red squirrel, the capercaillie and the pine marten,

However, the Forestry Commission has noted an increase in the distribution and severity of the disease on Scots Pine, particularly in Scotland, although it isn’t yet known whether this will lead to tree mortality or extend significantly into the Caledonian pinewoods.

With increased global trade and tree imports representing a major risk to the UK’s native trees, Trees for Life joined calls for the UK government to hold an emergency summit. This would bring together forestry, plant health and conservation groups to address the threats to native trees and woods. It said that the Government should also place higher priority on conservation work.

Trees for Life has created almost 10,000 acres of new Caledonian Forest since 1989, at 45 different locations in the Highlands. It has planted more than one million trees, with a million more pledged for the next five years. Amongst these emerging forests, a complex web of life is already renewing itself. Habitat restoration is making a notable impact on the wildlife of the Caledonian Forest, which includes the strawberry spider, wood ants, red squirrels, rare sawflies, ospreys and capercaillies.

The charity’s current ‘Million More Trees’ campaign is a response to environmental problems including deforestation, climate change and biodiversity loss.

Some Background on Ash Dieback

The UK’s 80 million ash trees are under threat from Chalara ash dieback. Last week, survey results confirmed that the fungal disease is present at 115 sites in Scotland,England and Wales, while Forestry Commission Scotland reported that suspected and confirmed cases of ash dieback have been found following a rapid survey of Scotland’s woodlands.

The disease is believed to have arrived from continental Europe on the wind and via imports. There is no known cure for the disease, although some trees have shown resistance.

A ban on ash imports and the movement of trees from areas with confirmed cases of the disease came into force on the 29th of October 2012, a few days after scientists confirmed that the disease had reached the UK’s natural environment, at sites in East Anglia. On the 9th of November, the Government published an action plan to tackle ash dieback.

Chalara dieback is caused by the Chalara fraxinea fungus. Chalara has affected a high proportion of ash trees in Northern Europe, and was first confirmed as present in the UK in nursery stock in March.

There is no risk to human or animal health from the disease. Data gathered in Denmark, where up to 90 per cent of ash trees have been affected in some areas, suggests that ash dieback can spread about 20 km (12 miles) every year.