Reforestation could benefit Scotland’s economy by boosting wildlife tourism, claims conservation charity Trees for Life, which has announced ambitious plans to double its current rate of restoration work in Scotland’s Caledonian forest. This will see the establishment of one million more trees within five years, through planting and natural regeneration. With thanks to Richard Bunting. 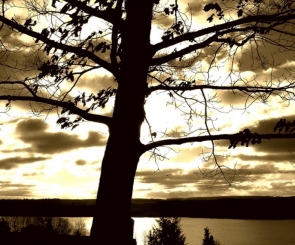 The charity, which aims to restore the Caledonian Forest to an area of over 2500 square km in the Scottish Highlands, has launched its Million More Trees campaign in a response to deforestation, climate change and biodiversity loss.

But their ambitions could also bring significant benefits to Scotland’s economy by boosting wildlife tourism.

“Establishing a million new native trees in the next five years represents a significant scaling up of our work. We have set ourselves this challenge as a response to the threats posed by environmental degradation globally, and human-induced climate change.

“At the same time, it is part of a positive vision of re-establishing world-class wild landscapes rich in wildlife in Scotland. The Highlands in particular, with a lot of empty land and a low population density, is a perfect region for tree planting.

“With wildlife tourism already generating an estimated £276m a year for the Scottish economy, it’s clear that restoring the Caledonian forest and its unique wildlife to an inspiring, spectacular wilderness region of a thousand square miles, could have significant economic as well as environmental benefits for the country.”

In a report published this month, Tourism Intelligence Scotland estimated that every year over a million visits are made to Scotland to view wildlife. Launching the report, Tourism Minister Fergus Ewing said that 58% of visitors to Scotland cite scenery and landscape as the main reason for choosing our country as a holiday destination.

Trees for Life’s plans for the next year include significant planting of native trees on its Dundreggan estate near Loch Ness, a natural regeneration project in a Caledonian forest remnant in Glen Strathfarrar, and undertaking work to protect regenerating aspens and the planting of new aspen seedlings at Scatwell, north of Inverness.

Since 1989, the charity has created 4000 hectares of new Caledonian forest, and has worked at 45 different locations. A complex web of life is already renewing itself in these emerging forests. Habitat restoration is making a notable impact on wildlife such as strawberry spiders, wood ants, red squirrels, rare sawflies, ospreys and capercaillies.

Since planting its first trees in 1991 in Glen Affric, Trees for Life has planted over one million trees, the major milestone being reached in May 2012 when acclaimed wildlife cameraman and BBC filmmaker Gordon Buchanan planted that one millionth tree. In this time, the charity has won awards including the 1991 UK Conservation Project of the Year, the Millennium Marque in 2000 and Top 10 Conservation Holidays worldwide in 2009.

The first tree of the Million More Trees campaign was planted at Dundreggan by the Highland naturalist, author and presenter, Roy Dennis, Trees for Life patron.

Readers can support Trees for Life by funding dedicated trees and groves, and it offers Conservation Holiday Weeks to allow people to gain practical conservation experience in beautiful locations.