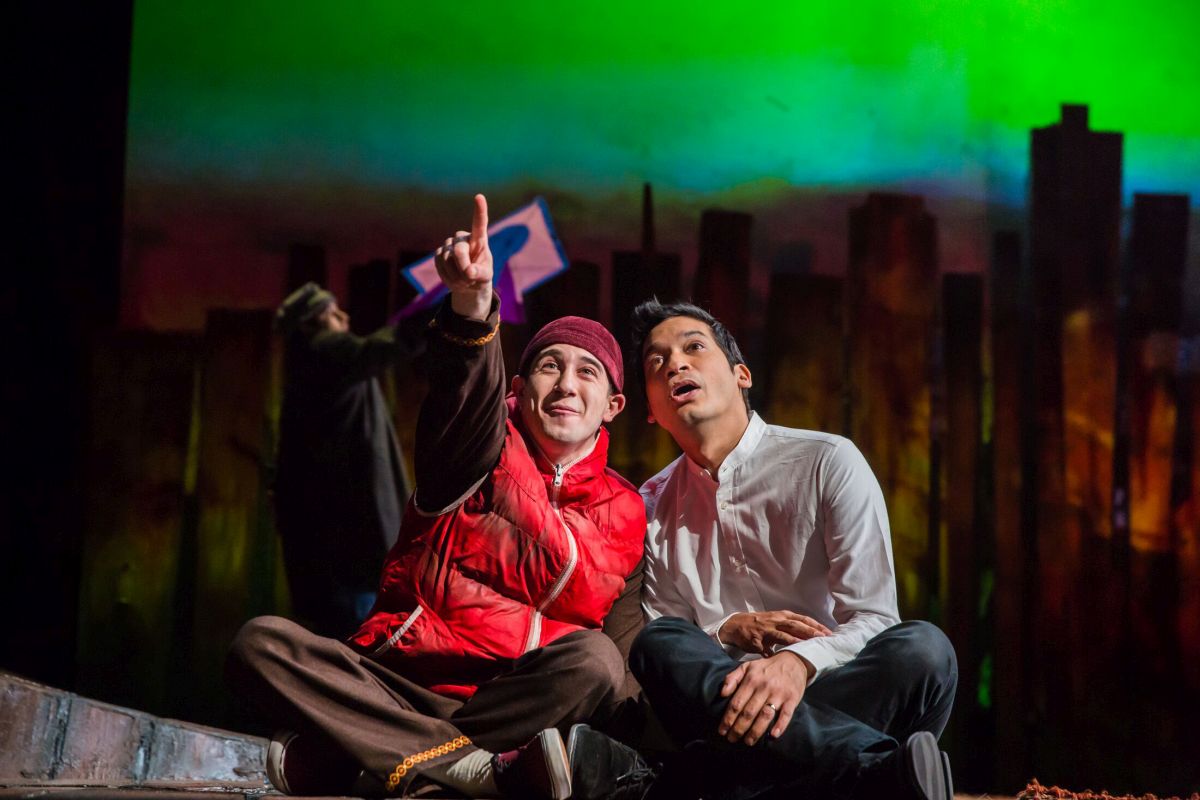 The brutal rape of young Hassan by sociopath Assef and his cohorts sets the tone of this touring stage adaptation of Khaled Hosseini’s best-selling novel.

And the child-rape is not the only gut-wrenching scene from the book to be splashed all over the stage in front of the theatre audience.

An execution by the Taliban, a bone-crunching beating or two and tales of death by landmine are intermingled with implicit references to paedophile driven child abduction and the stoning of adulterers.

Not that the above events appeared gratuitous. Indeed, they are central to the telling of the tale. It’s just that they are shocking. The rape may well bear allegorical significance in relation to the 1979 Soviet invasion and death by landmine is described as a good way for an Afghan to die.

As for the stoning of adulterers and the abductions, well, these simply add to the overwhelming uneasiness which this production induces. Indeed, at the end one audience member was heard to comment that she was going home to have a few unpleasant dreams. 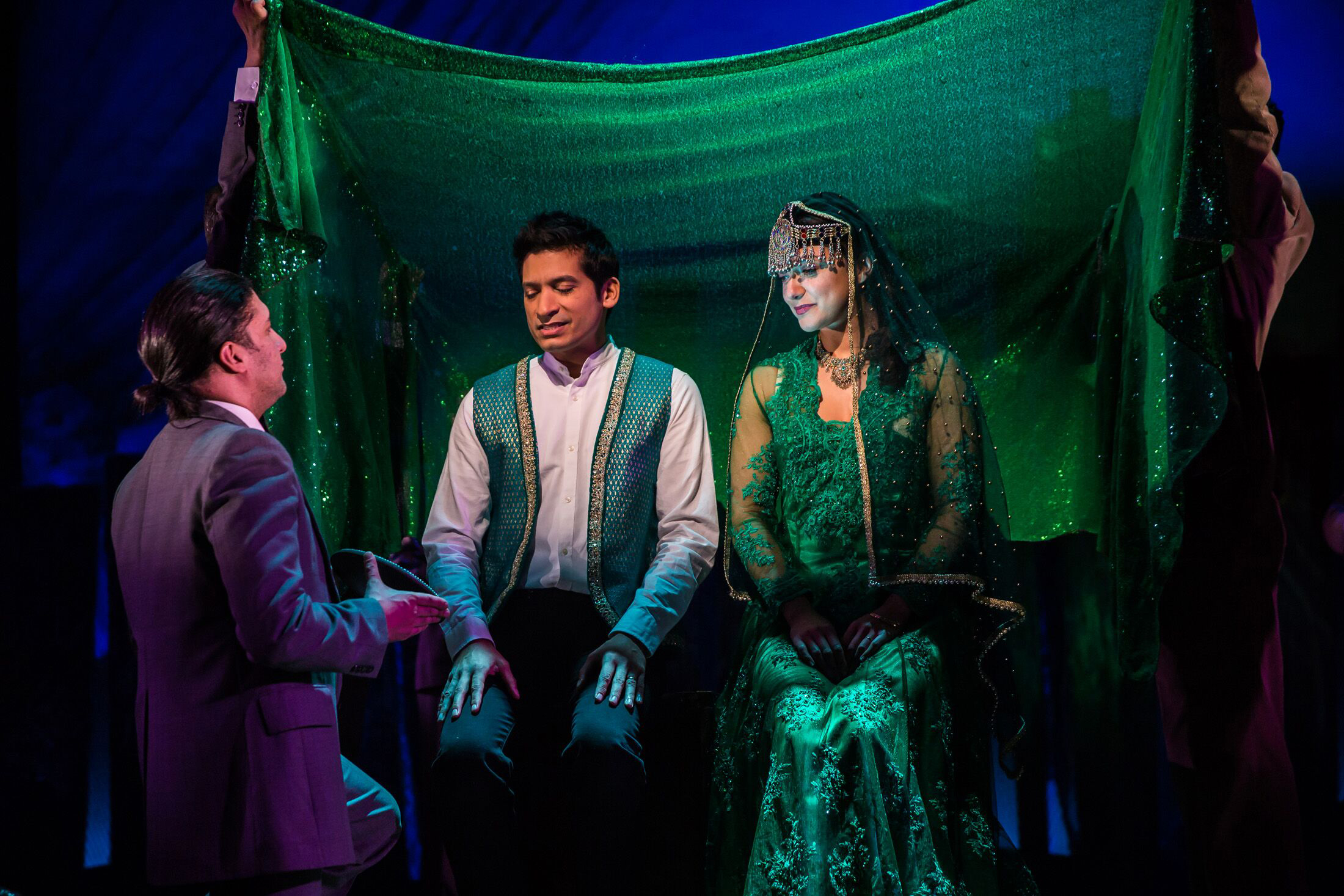 Its not that we actually see the rape or indeed the landmine deaths. But we can almost smell and taste the drama of it all. And that is no easy thing for an audience intent on seeking out an evening of entertainment.

The story, narrated directly to the audience by Amir – an Afghan refugee living in California, concerns the period surrounding the Soviet invasion of Afghanistan and the plot leads us relentlessly through the harshness of the early Taliban period.

Amir’s childhood betrayal of his loyal friend Hassan is central to the plot and his quest for redemption is the final goal.

A simple set comprising bare dusty boards with a backdrop of a giant kite, split in two halves provides stark setting for the action.

Raj Ghatak’s Amir both participates in the drama and leads us through what is in essence the tale as told in the novel, filling in the gaps with lengthy monologues and generally doing a splendid job of compering the unfolding drama taking place all around him on stage.

At times though, he perhaps has far too much to say and perhaps that is the danger when scripting the play of the film of the best-selling novel. Sometimes less is better.

Hassan is played admirably by Jo Ben Ayed and also plays his own son Sorab much later in the performance. At times, and this is no criticism, resembling an organ-grinders monkey he dutifully covers for his friend Amir even unto death at the hands of the Taliban.

All is not angst and wringing of hands however. 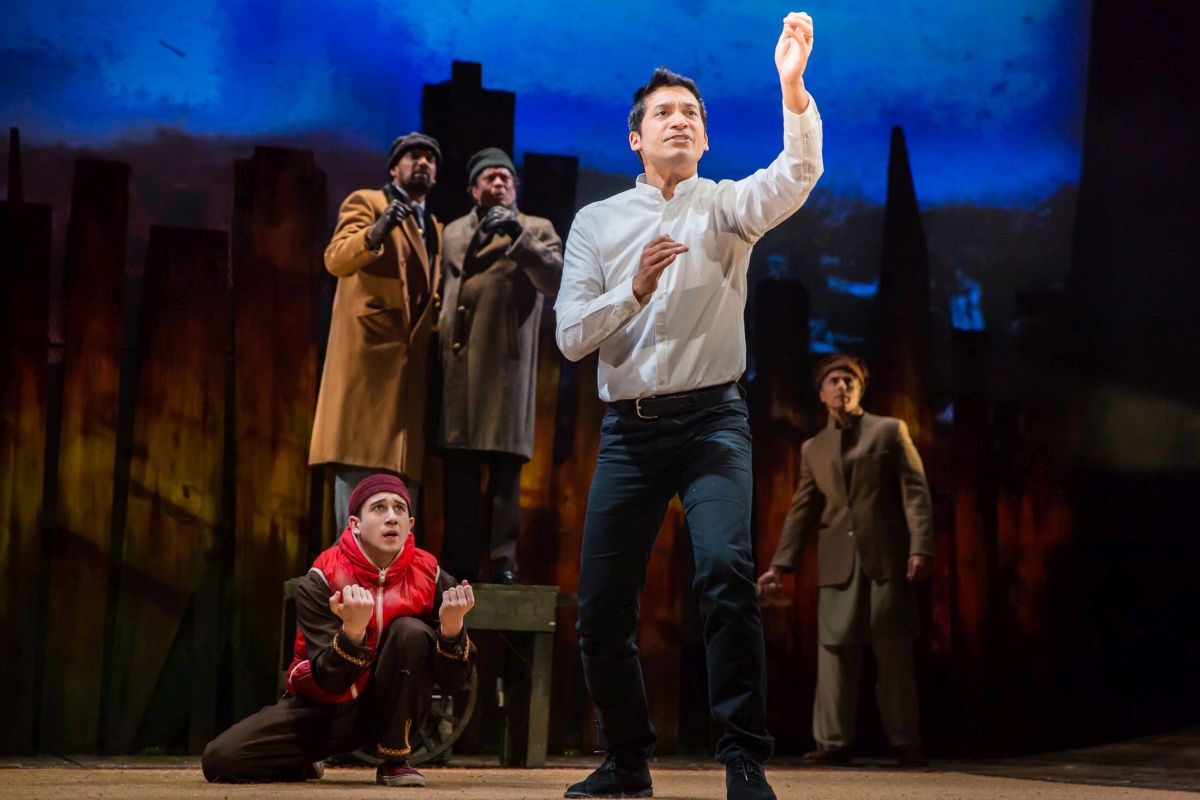 There are lighter moments such as the scene where Amir’s dad Baba, Gary Pillai, politely informs Amir and Hashim that in point of fact John Wayne does not speak Farsi and has probably never even been to Iran. Now that is indeed a revelation.

With live music by Hanif Khan, The Kite Runner is directed by Giles Croft. Adapted from the novel by Khaled Hosseini the production plays at HMT Aberdeen until Saturday May 19th 2018.