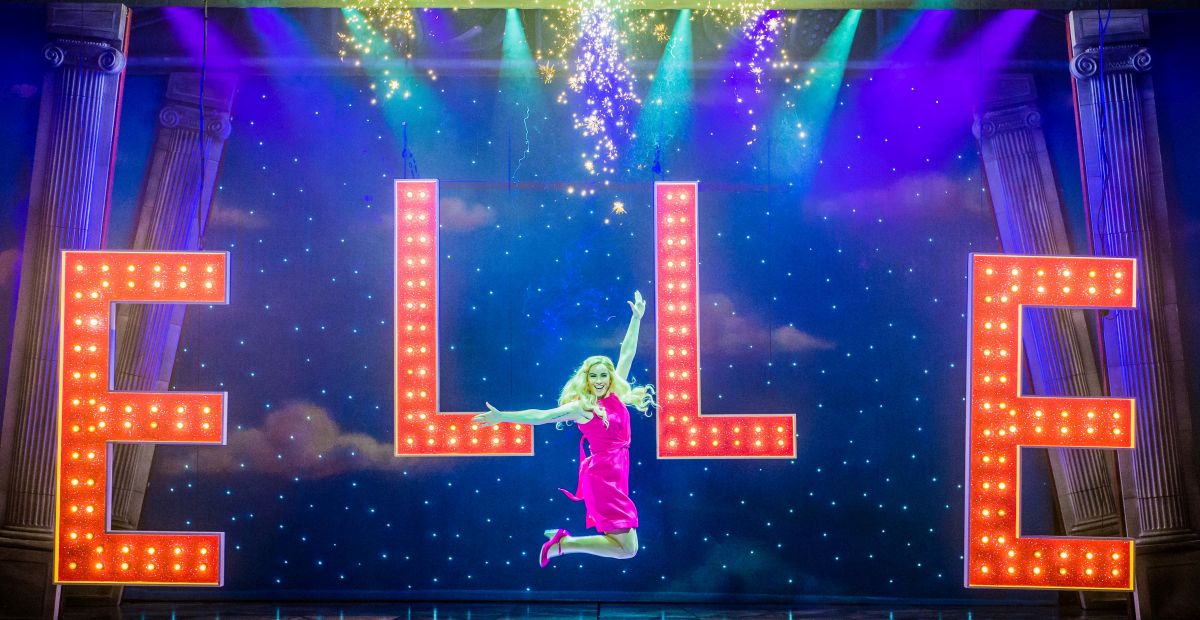 There’s a little bit of line-dancing, a couple of very camp cupids and a lot of pink in this musical and I mean a hell of a lot of pink!

In fact there’s enough pink to tempt Barbara Cartland back from the grave.

Indeed honey sweet romance, or at least the very prospect of it, is at the core of this tale of girl meets boy Hairspray styled musical.

But the plot treads that familiar path of redemption in the face of adversity. Except of course that, in lieu of Hairspray’s ‘Corny Collins Show’, Legally Blonde – The Musical relies on the medium of a trad-clad Harvard Law School to get the message over.

And not that Legally Blonde takes itself too seriously. The opening line ‘OMG you guys, enjoy the show!’ pretty much sets the tone.

This is a show to enjoy and not one for deep analyses.

The sexual politics are perhaps somewhat dated and, although the pink-laden message of emancipation is central to the story, there is really nothing new here.

Splendidly camp lines such as “Is he gay or European” and “Depending on the time of day the French go either way” kind of give the game away. 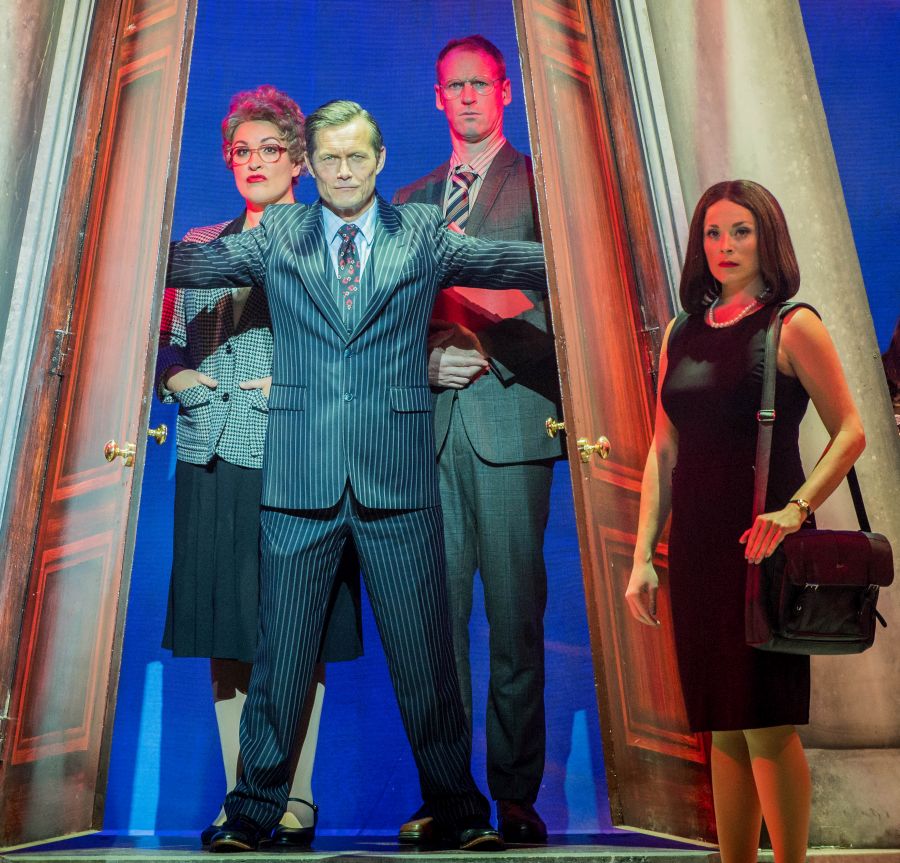 The storyline pretty much follows that of the film of the book. Based on the 2001 movie, the plot convolutes around the downs and ups of Malibu blond Elle Woods who gets dumped by would-be senator boy-friend Sheridan Smith the third.

Smith is off to explore the ivy leagued portals of Harvard Law School. Against all the odds, and in a determined effort to stalk the poor man, Elle worms her way into the hallowed institution and takes up the cudgels of the law.

Along the way we meet Bruiser the Chihuahua, a lovable hairdresser called Paulette and Elle’s various Harvard classmates.

Bill Ward’s Prof Callahan dominates and commands the stage during both the Harvard and the courtroom scenes; that is of course until the courtroom escalates into a hilariously Cabaret themed farce. 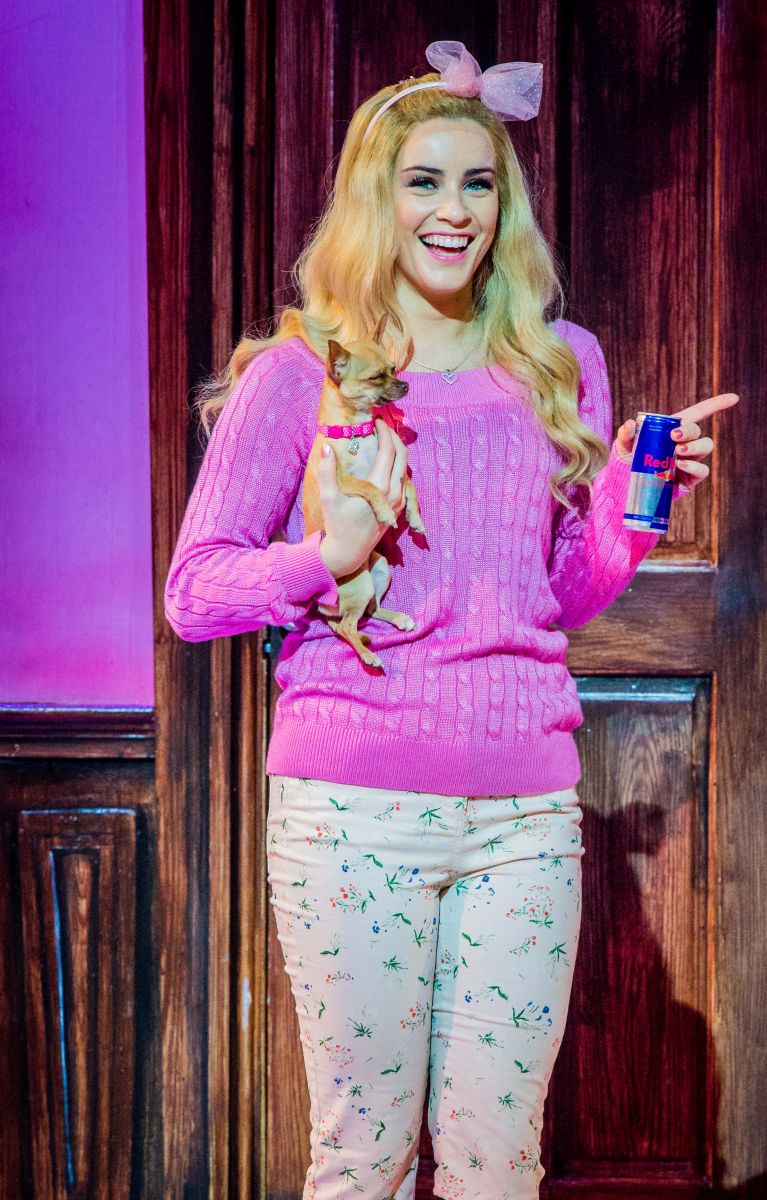 The music and the lyrics are well delivered but are maybe not particularly memorable, relying perhaps a ‘tad’ much on OTT costumes and energetic choreography to woo the audience. However there are splendidly classic musical moments to be had. Watch out for Elle’s love-sweet duet with David Barrett’s Emmett.

As an all singing and all dancing musical, Legally Blonde is a whole lot of fun and if last night’s stand-up applause is anything to go by then the show delivers exactly what it says on the tin.