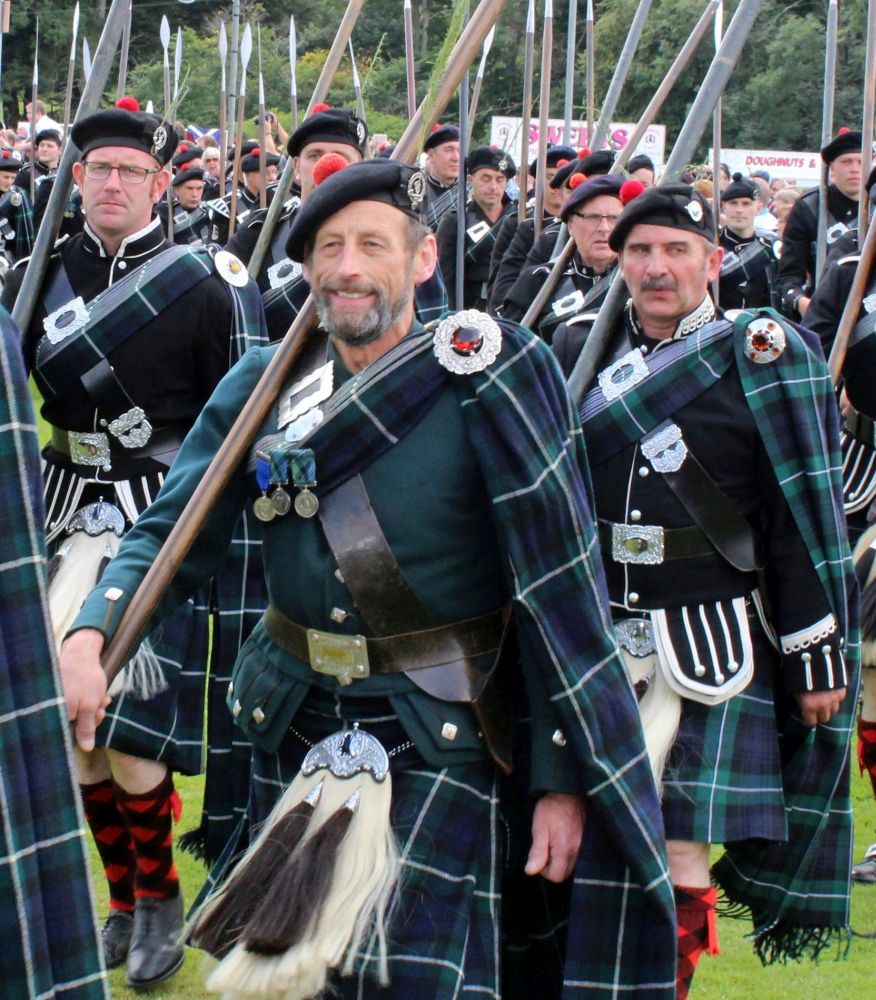 One of the runners taking part in this Sunday’s inaugural Simplyhealth Great Aberdeen Run will have one of the most unusual warm-up routines of any participant.

George Reid of Tomatin will take part in a six-mile march and a four-mile hill race the day before he competes in the Simplyhealth Great Aberdeen Run 10k race.
The 63-year-old is a member of the Lonach Highland and Friendly Society, which holds its annual Highland Gathering and Games on Saturday, 26 August in the Aberdeenshire village of Bellabeg.

The event features the unique march of the Lonach Highlanders, a six-mile march through picturesque Strathdon that continues a near 200-year tradition.

Dressed in full Highland regalia and armed with an eight-foot long pike, George will join around 170 other men as they visit a number of local properties where they toast the health of the owners and the local area.

With a membership numbering 227 men, the Lonach Highlanders are believed to be the largest body of non-military men to carry ceremonial weapons in Britain.  Clad in tartan, with pikes aloft, banners flying and led by a pipe band, the Highlanders create one of the most iconic cultural spectacles in north-east Scotland.

Getting underway at 8am on Saturday morning, the march precedes the Lonach Highland Gathering, which commences at 12 noon and features piping, highland dancing, tug o’ war, children’s races and light and heavy athletics events.

Having marched six miles and enjoyed a hearty lunch, George will join a field of around 100 runners of all ages to compete in the event’s hill race.  Runners interested in participating in the race, which is free to enter and features a £75 first prize, can enter on the day.

The challenging four-mile off-road course features a steep ascent as it winds its way round the hillside forest.  It’s a course that George knows well, having competed in the race 17 times, winning the competition for Lonach Society members six times.

For a man who has completed a number of marathons, ultra-marathons and is a member of Triathlon Inverness, the Saturday march and hill race will be ideal preparation for the Great Aberdeen Run, which he will run in his Lonach Highlanders uniform.

“I started running about 19 year ago and haven’t really stopped.  I run about four times a week and love it.  I’ve covered all sorts of distances, including marathons in Edinburgh, London and Dublin, the 53-mile Highland Fling ultra and the 50-mile Highland Cross duathlon.

“It’s brilliant to see the Great Aberdeen Run taking place and I’m looking forward to being part of it.  A 10k run round Aberdeen will be a superb way to end the weekend.  The Lonach Gathering is a fantastic day out and a stirring spectacle, one which I’ve been part of for the past 47 years.  Lonach is the ideal warm-up for the Great Aberdeen Run and an event that I’d encourage visitors to the north-east to attend.”

The Lonach Highland Gathering and Games takes place in the Aberdeenshire village of Bellabeg, which is around an hour’s drive from Aberdeen.  Events on the Highland Games field get underway at 12noon, with the Lonach Highlanders marching round the arena at 1pm and 3pm.  Tickets are priced from £10 for adults and £4 for children.