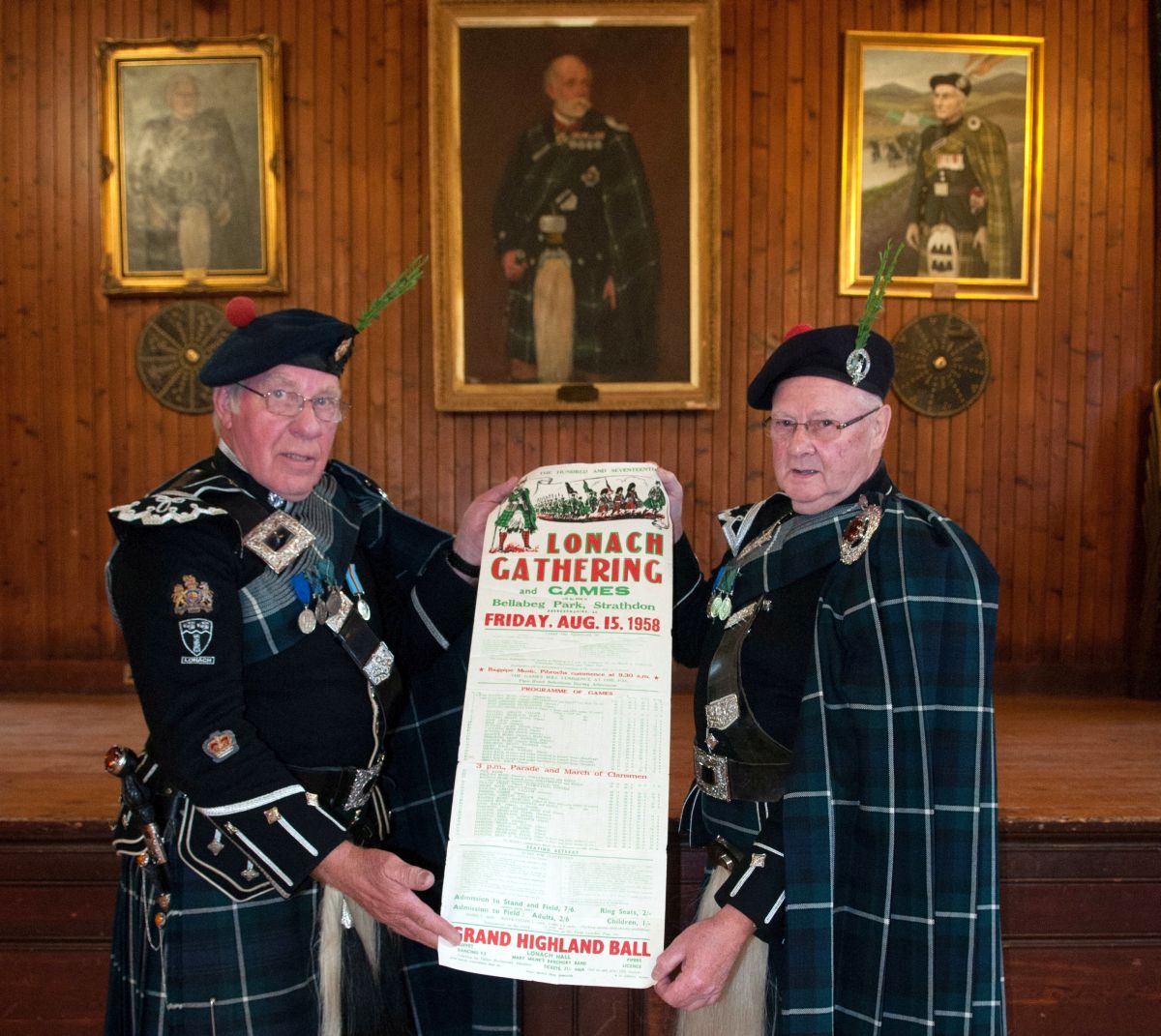 One of the oldest traditional events in north-east Scotland is calling on the public to help celebrate a milestone anniversary next month.

On Saturday, 27 August, the 175th Lonach Highland Gathering and Games will be held in Strathdon and the event’s organisers are asking the public to contribute old pictures and videos of the event to help mark the occasion. The Lonach Highland and Friendly Society was founded in 1823 to preserve highland culture and promote community cohesion and charitable giving.

To help achieve this, it staged its first highland games in 1832, an event that has become an annual fixture.

During the first and second world wars the gathering was put in abeyance.

Over the past two centuries the Lonach Gathering has grown to become a popular annual event that attracts up to 10,000 visitors each year. A large number of photographs documenting the evolution of the gathering and the local area are held by the society, but it knows thousands more images exist.

In order to stage a display of old photographs at this year’s gathering, organisers are keen to hear from locals and visitors who have attended the event over the decades and captured still images or video footage of the annual spectacle. The society would also be eager to see old photographs of the Lonach Highland Ball, which it also organises and is held in the Lonach Hall on the Friday following the gathering.

Featuring a full programme of traditional highland events, including solo and massed piping, highland dancing and light and heavy athletics, the gathering attracts some of the country’s leading pipers, dancers and athletes. Having already completed a march round the local area in the morning, the arrival onto the games field at 1pm of the Lonach Highlanders, armed with traditional Loachaber axes and pikes, is a highlight of the day.

“The 175th Lonach Gathering is a major milestone for the society and the event itself.  It remains an important community event and the many thousands of visitors we welcome to the gathering each year gives the local area a major boost.

“This year’s event is shaping up to a great occasion and will feature the traditional mix of dancing, piping and light and heavy athletics. We are keen for locals and visitors to really get involved by sharing their memories of past gatherings and also help us to document the event’s evolution.

“Whether the pictures or videos were taken in recent years or decades ago, it would be fantastic to see them all. If any company can help us to display these pictures at the gathering, or is interested in sponsoring part of the event, we’d be interested to hear from them.

“One constant at each games has been the Lonach Highlanders. They create a stirring sight and sound as they depart Bellabeg at 8am to begin their march around the local area and always receive a rousing welcome as they enter the games arena at 1pm. We are honoured that the Atholl Highlanders will be marching with the Lonach men this year to help us mark our 175th gathering.” 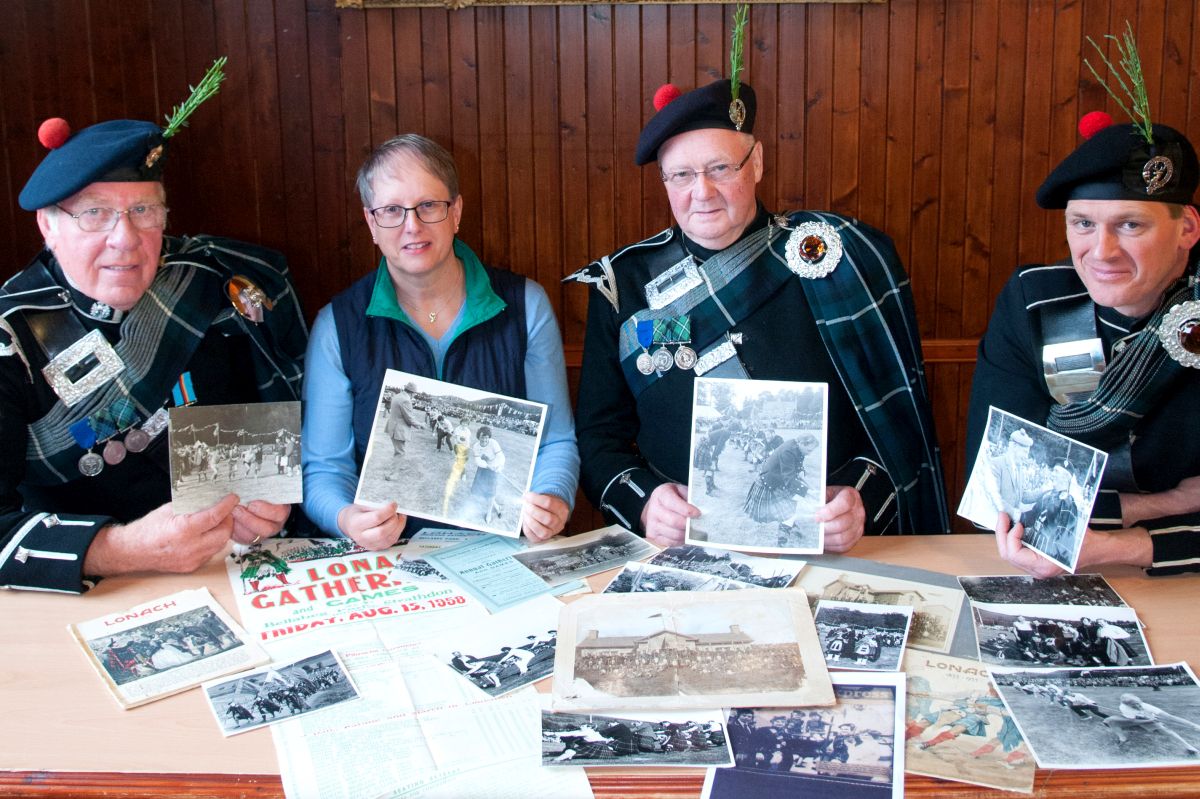 Jennifer Stewart, secretary and chief executive of the Lonach Highland and Friendly Society, looks through some of the society’s archive, which includes photographs, programmes and posters, with Lonach Highlanders (L to R) George Thomson, Willie Coutts and Scott Anderson

Anyone with old photographs or videos of the Lonach Gathering should e-mail them to info@lonach.org. Where possible, old photographs should be scanned to 300dpi and any video footage should be provided as a WMV file.

The society organises the annual Lonach Gathering at Bellabeg Park, Strathdon, which is held on the fourth Saturday of August. The main attraction at the gathering is the march of the Lonach Highlanders, a unique body of non-military men.