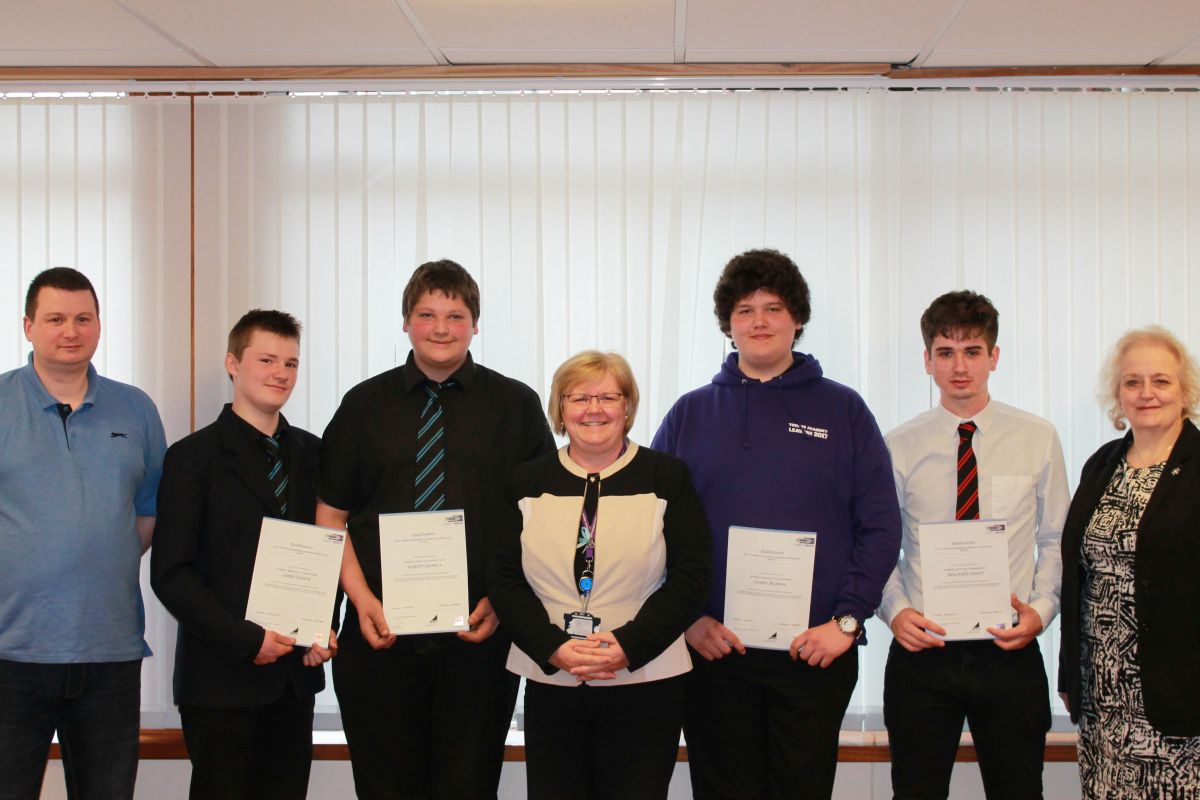 Graeme Johnson and June Jones from ITCA, alongside four of the pupils and Turriff Academy depute rector, Jane Bisset.

A leading apprenticeship-training provider is calling on North-east schools to prepare youngsters for the workplace through an industry initiative aimed at plugging the engineering skills gap.

ITCA is now calling on other secondary schools to follow in the footsteps of the school by providing additional skill development opportunities for pupils.

“It is extremely promising to see a secondary school so focused on the development of its pupils. I can only hope that other schools follow suit by providing even more young people with the opportunity to gain useful skills and additional qualifications that add to their SCQF points.

“At a time when recruitment in the North-east is low, it is now more important than ever to provide promising young engineers with the skilled training and support they need to pursue a career in this field.”

“We are very appreciative of the partnership between ITCA, Turriff Academy and Aberdeenshire Council. The initiative is very beneficial for our pupils, as they are able to gain an industry standard qualification whilst still in secondary school.

“This qualification stands alongside their academic achievements and will instantly give them an advantage over other jobseekers in a very competitive market.”

ITCA Training, which is one of the largest engineering apprenticeship-training firms in Scotland, is situated at Howe Moss Drive in the  Kirkhill  Industrial Estate, Dyce. The base, which spans almost 22,000sq feet, includes offices, classrooms, a storage yard, and workshop space. The company has been in operation in the   North-east  since 1989, and provides training for young employees in various sectors including welding, fabrication, mechanical engineering, business administration and logistics.

To find out more about ITCA visit www.itca-training.com