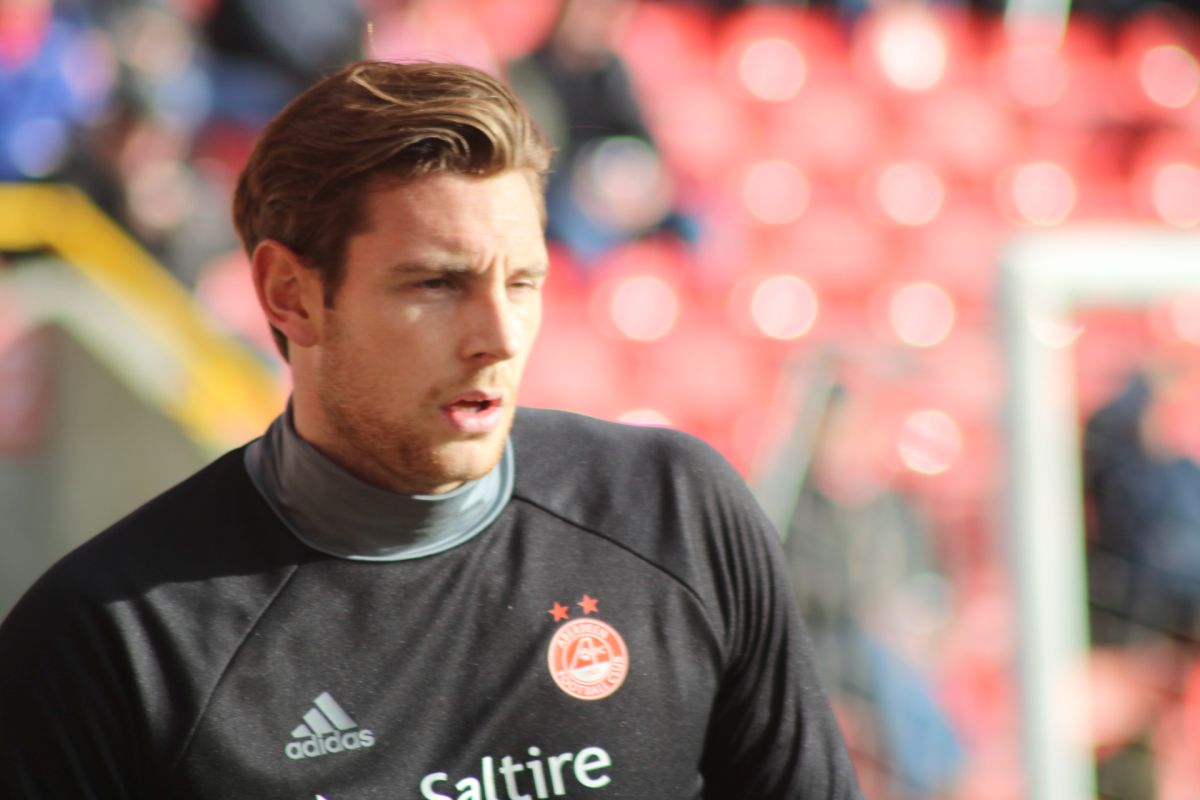 After the most one sided, losing game Aberdeen have had for ages, if not ever, against Hamilton last week, The Dons return to Pittodrie to face Partick Thistle in this cup game.
The visitors are on a good winning run at the moment, whilst Aberdeen have lost only 2 of their last 12 games.

It was inevitable Derek McInnes had to change the starting line up for this tough match as the home side have injury problems, with Mark Reynolds out for a good few weeks, as is Ryan Jack.

But Jonny Hayes makes a return, as does Jayden Stockley. Both started the game, as did Peter Pawlett.

It’s been 96 years since the Glasgow club won the cup, whereas it has been 27 years since it came north to Pittodrie. Too long for a team of Aberdeen’s stature. Hopefully this game, their 400th Scottish Cup game will seem them take a step closer to rectifying this statistic. And having lost only one of their home games in all competitions this season, and with all the home teams getting through, they were the favourites to do so.

The pitch was not in great condition as the referee, Craig Thomson got the game under way.

Partick had most of the possession in the first couple of minutes, with Andrew Considine having to be sharp to turn the ball out for the first corner of the game.

From the forthcoming goal kick, the ball went upfield to Stockley, who has scored against the visitors in the last two games. This time, however, he was sufficiently blocked from getting a third. Within the next minute he was back in defence clearing a corner.

Moments later the Dons were on the attack with a good run from Graeme Shinnie. He found Adam Rooney who tried to curl the ball into the top corner, only for it to be saved by Tomas Cerny, with Pawlett running in.

Abdul Osman was the first player to be penalised after a deliberate body check on Hayes.

Thistle were awarded a free kick in the 12th minute, When Kris Doolan went down under pressure from Ash Taylor just shy of the home corner flag. Although it was clear to all that the defender never touched him.

McGinn had as shot for goal in minute 14, but it went more than marginally over. Aberdeen were beginning to get more into the game now, but still needed a bit of calmness to break the deadlock.

With just about a quarter of the game gone, a thunderous shot from Niall McGinn from the edge of the box was turned round for a corner by the keeper.

A clever move from McGinn after receiving a pass from Shay Logan saw him put a low ball into the box, with Stockley and Adam Rooney lurking, but it was well cut out by Cerny.

The game was stopped in the 32nd minute when Pawlett and Liam Lindsay went down after a clash of heads. Fortunately both were able to continue.

McGinn was causing problems for the Thistle defence, winning a corner after some good link up play with Stockley. From the resultant kick, Rooney headed just over. A minute later the same player headed just over again after The Dons were awarded a free kick for a deliberate hand ball.

Chris Erskine had his name taken by the ref for high feet when he caught Logan on the head during another physical challenge.

A wild McGinn effort ended up stuck on the roof of The Merkland Stand just a few minutes before half time. Some poor touches from Aberdeen players, on a pretty atrocious surface, which has a greater percentage of mud over grass, doesn’t help the game flow.

Just on 43 minutes, a move from Stockley to McGinn, then a neat ball to Shinnie, Captain in the absence of Reynolds, on the edge of the D, saw him receive the ball with one foot, turn and fire the ball low into the net with the other.

With no further scoring in the one minute the referee had added on for stoppages, the half time score remained 1-0.

No changes were made by either team as the second half commenced.

The half was barely a minute old when Pawlett was body checked and a free kick was awarded to the Dons. From the kick, Considine got on the end of the ball, stretching out his foot, but the keeper, who was having a good game, made another brilliant save.

A fantastic touch by Stockley in the Partick box, to an in-running Pawlett, saw the Aberdeen number 16 shoot into the side netting. The tall English striker went down with an injured shoulder on minute 53, but after some treatment he was able to rejoin the play.

The Home team were fair stepping up to the mark now, to try and put this game to bed, and some excellent work by Pawlett saw Rooney having another effort on goal.

A great longish pass from Logan to Rooney on the right wing, saw the forward try to dribble the ball along the bye-line. A corner was his only reward, and Ash Taylor could only head the ball over the bar from the corner kick.

A great run from the unusually quiet Hayes on he left side, saw his ball eventually reach the ever keen Stockley. He gathered and turned quickly causing Cerny to get down and prevent the relatively soft shot from ending up in the back of the net.

With 59 minutes having passed the visitors made the first substitution when Erskine left the field of play and Ade Azeez joining in.

Pawlett was taken out of the game by Daniel Devine for a free kick to Aberdeen on the 67th minute, but and a yellow card. At the same time Osman left the field after falling awkwardly too. Both players were able to continue though.

Niall Kewon for the visitors was the next to get treatment after bashing into the back of Stockley’s head, and suffering a nose bleed. Partick, playing the hard physical and game, were suffering more than the victims of their tough challenges.

Aberdeen made their first change in the 74th minute when the lively Pawlett was replaced by Anthony O’Connor, perhaps with a view to just seeing the match out and ensuring that their name is in the hat for the semi final draw.

With 13 minutes left, McGinn, despite getting pulled by number 15, managed to get a decent cross over, which Cerny got a hand too.

Thistle made another change, when Kevin Nisbet replaced Doolan.

Aberdeen followed suit, by taking off Rooney, who wasn’t at his best, and the more pacier Miles Storey took over in the second forward role.

He immediately got on the end of a pass from Hayes and earned a throw in to the Dons, which Logan took, just in line with the away 18 yard line.

Osman was finally given a yellow card after cynically chopping down Hayes. From the free kick, a magnificent one, O’Connor headed the ball onto the crossbar. So close to number 2.

With minutes to go, Aberdeen, who got the toughest of the 4 quarter final games, are content to just keep the visitors at arm’s length.

Loan signing, Ryan Christie replaced McGinn with just 2 minutes left to play. This happened during the stoppage for Partick to take a corner that Logan had needlessly conceded. Joe Lewis made crucial save to snatch the ball out of the air to set up another Abereen attack.

Five additional minutes to the game were signified by the fourth official. With only one of them gone, Thistle were awarded a free kick just outside the Aberdeen box, on the left side.

Osman headed just over the bar, much to Aberdeen’s relief. But the away fans, plenty of them, thanks to their club providing free buses for them, must be disappointed that it took so long to have a proper effort on the goal.

Devine was then shown the red card when he bundled Stockley into the hoardings.

Referee Thomson blew for full time just as Hayes was chasing the ball that was hoofed upfield towards the empty Thistle net, because all the away players, Cerny included, were up in the Dons box trying to get the equaliser.

It certainly wasn’t a pretty game, but AFC march onto the last four of this ancient cup competition, and deservedly so.

Shinnie was awarded Man of the match. His elder brother got the same yesterday for Hibs in their win over Ayr United.

Celtic, after beating St Mirren earlier on today, and The Rangers, who romped to victory over a hapless Hamilton yesterday, made up the other three teams in the draw
which ended up with Celtic v The Rangers and Hibs v Aberdeen. Ties to,be played 22nd April.