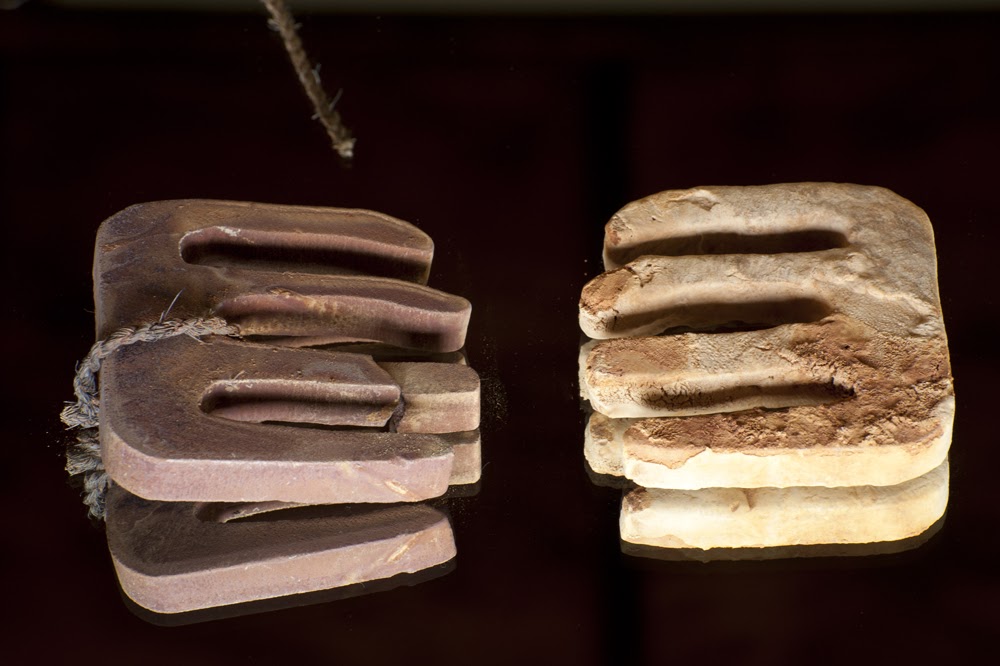 Following the first showing of this work at Fujiya Gallery Hanayamomo in Kyushu, Japan, Geologic Intimacy (Yu no Hana) will extend to include a new series of prints commissioned by Peacock.

This project marks the first time Halperin has exhibited in Japan and Aberdeen and continues a historical narrative between Kyushu and Aberdeen which began with the 19th Century ‘Scottish Samurai’ merchant Thomas Blake Glover.

For 20 years, Ilana Halperin dreamt about Beppu. In 1995, back in the urban geology of New York City, she found a book on the street about volcanoes.

A chapter on Beppu featured – with photographs of children cooking eggs on the streets, steam coming through every crack in the sidewalk, and a pool as red as blood. In New York, steam vents erupted at every corner, but these were industrial rather than natural.

She imagined a correlation between her home city and Beppu, a place with steaming vents and boiling springs, where daily life was lived and informed by a direct relationship with geothermal phenomena.

In 2014, Halperin went to Beppu for the first time on a research residency with BEPPU PROJECT. Geologic Intimacy (Yu no Hana) grew out of this time. Beppu is the second most geothermally active site on earth, after Yellowstone, USA. It is a primary location for the potential of geothermal power in Japan. Over the course of a year, new geothermal sculptures slowly formed in the Kannawa hot springs of Beppu.

In September 2016, Halperin returned to Beppu to take the new sculptures out of the water and install a solo exhibition at Fujiya Gallery Hanayamomo, a beautiful listed Meiji Era building. The exhibition coincided with the blossoming of the venue’s 200-year-old Mokusei tree, reflecting philosophical approaches within Halperin’s practice – thinking in time scales longer than the human lifespan.

The exhibition at Peacock Visual Arts will feature new Japanese sculptures, alongside a geothermal sculpture formed in Iceland and new works on paper commissioned by Peacock.

To pair with the ‘field pigments’ from Japan, Halperin visited Dr Allan Lilly, Principal Soil Scientist at The James Hutton Institute in Aberdeen in January 2017, who introduced her to the National Soils Archive founded in 1934.

A selection of Scottish soil was generously donated to the project, including soil sourced from Slighhouses Farm where James Hutton, the ‘Father of Modern Geology’, farmed and began to formulate radical ideas about the age of the earth and deep geologic time. The nature of materials within these new works reflects the unique processes which formed the geothermal sculptures in Beppu, continuing the narrative of exchange between places intrinsic to this project.

Halperin and Mabon are working with the Glasgow based design studio Graphical House on a limited edition Artist Book that will mark the completion of the project, acting as a printed matter response to this ambitious and culturally diverse project. For more details on the publication visit the project website geologic-intimacy-yu-no-hana.tumblr.com.

Artist’s Talk: Saturday 1st April 2017, 3.00-4.30pm
Ilana Halperin will be in conversation with Professor Tim Ingold from the Anthropology Department of the University of Aberdeen and Peacock Visual Arts’ Director Nuno Sacramento about her exhibition. This is a free event but space is limited so please book by clicking the blue button on the link below and filling out the booking form:

Image: Courtesy of the artist, Patricia Fleming Projects and WAGON