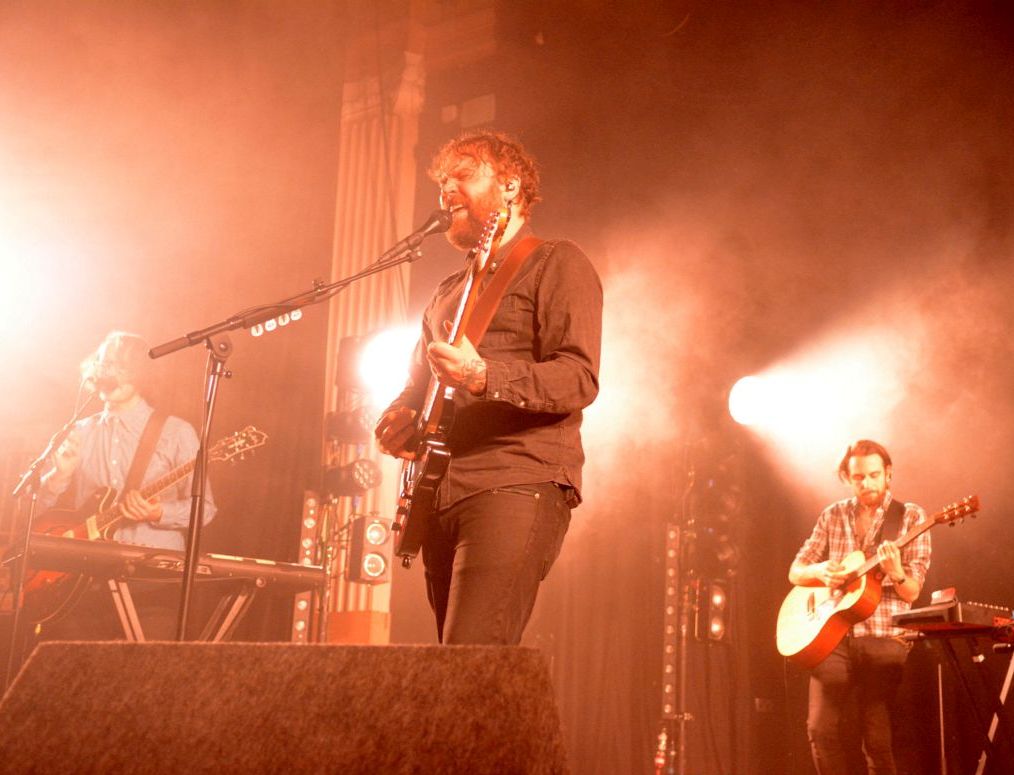 On a night when the lights went out at Pittodrie during a Dons game against Motherwell, Frightened Rabbit lit up the nearby stage of The Beach Ballroom as they returned to the city in support of their latest album, 2016’s critically acclaimed ‘Painting of a Panic Attack’.

This tour represents a victory lap of sorts for the band as they celebrate a successful year which featured a Top 20 album and high profile live appearances at Glastonbury, T in The Park and a host of festivals throughout Europe and the US.

In a few days after their Aberdeen and Inverness dates they will play three sold out gigs at Glasgow’s iconic Barrowland Ballroom. 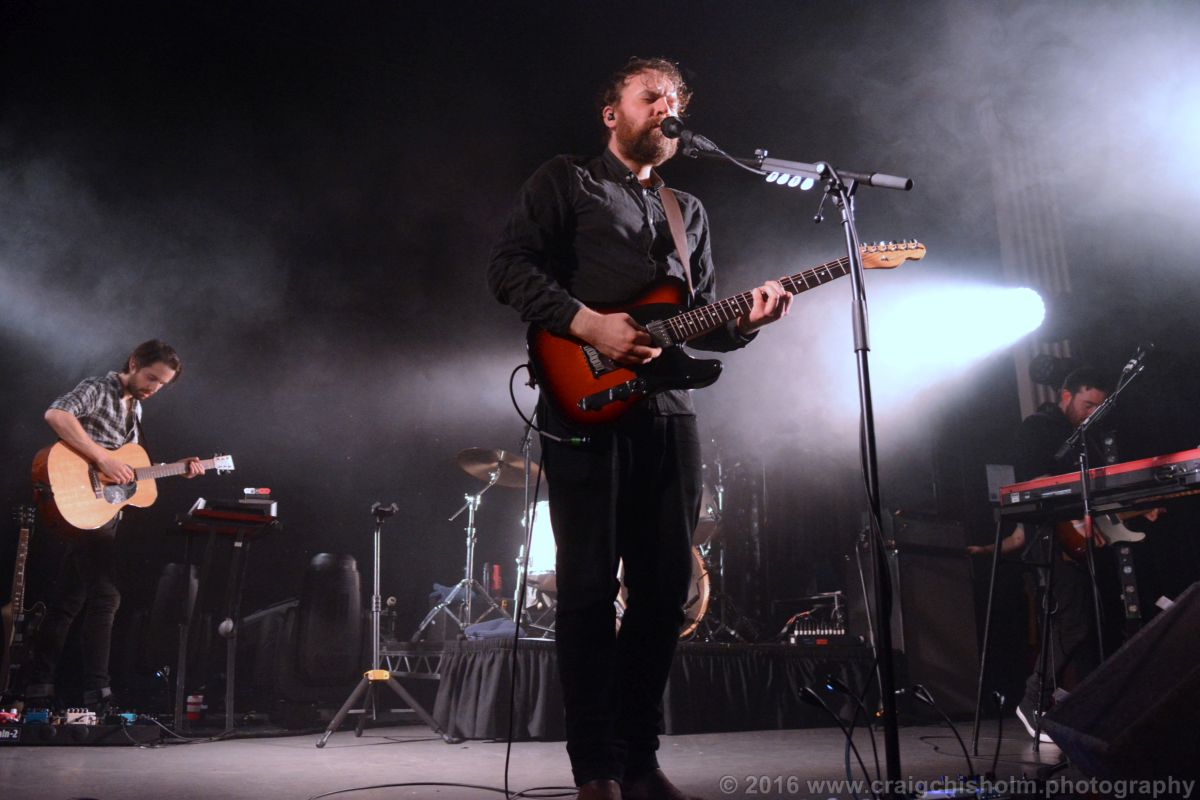 Make no mistake, this may be the last time in a while that you’ll catch them in venues of this size and headlining appearances at the AECC or Hydro beckon for the band.

Opening with the uplifting ‘Get Out’ from ‘Painting of a Panic Attack’, the band career straight into the fire and brimstone of ‘Holy’ and ‘The Modern Leper’ which featured on  2008’s ‘The Midnight Organ
Flight’.

“People always shout “Scotland” to us at our gigs” he notes.

“which is kind of weird, as we’re in Scotland…. Nah, just kidding, it’s only in America.”

Hutchison may have moved to Los Angeles after the bands previous album, ‘Pedestrian Verses’ and its subsequent tour but he and the band remain rooted in their home country musically and emotionally as their lyrics and between song banter attests. 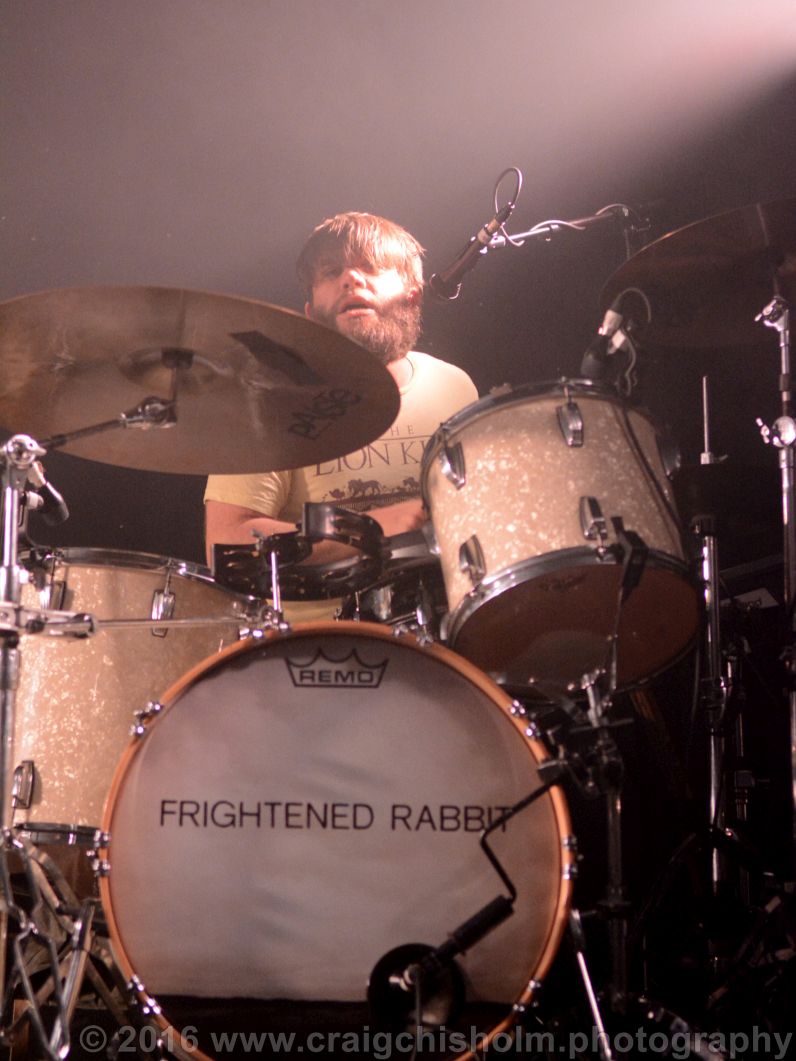 The crowd hang onto his every word and exchange conversation with him as the mood remains happy and warm despite the driving cold wind and rain outside.

Hutchison may be the frontman, original member and main songwriter but the unsung star of the show is behind the drum kit in the shape of his brother, Grant.

Remaining a constant in the band since they were a duo recording the debut album, he is a flurry of careering arms, flying hair, snapped drum sticks and open mouthed expressions of pure emotion.

Part X-Men’s Wolverine, part Animal from The Muppets and, visually at least, part Oliver Reed, the drummer is a captivating sight behind the kit and guaranteed to hold your gaze once you see him.

The 19 song list set-list, lasting almost an hour and a half, is a career spanning set that includes eight tracks from their latest album and the oldest cut played being ‘Be Less Rude’ from their 2006 debut album ‘Sings The Greys’, each song received ecstatically by the partisan crowd and given rapturous applause and the upmost appreciation.

So, where next for Frightened Rabbit after such an amazing year then? Onwards and upwards one must assume – they may be frightened but they are certainly no rabbit in the headlights, frozen to the spot.