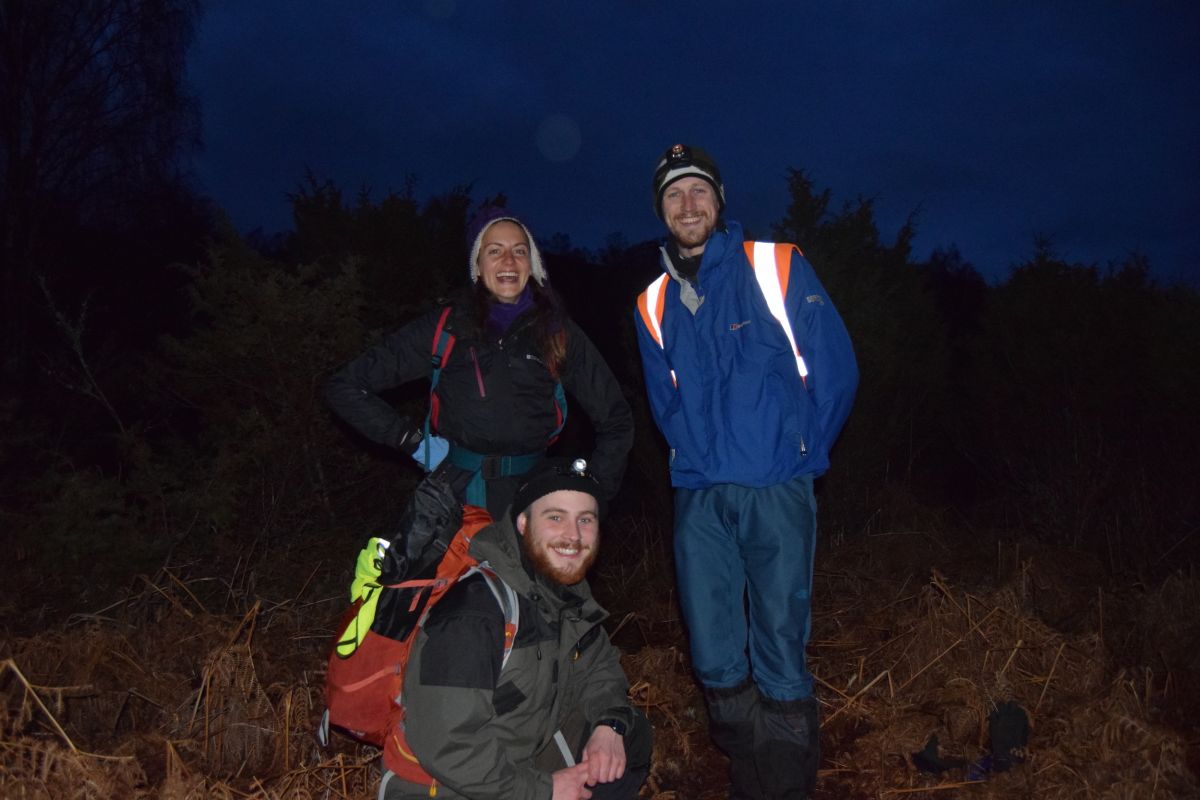 ‘Project Wolf’ – a unique new conservation programme in which volunteers replicate the natural disturbance effects of Scotland’s extinct predators – has been launched in the Highlands near Loch Ness by Trees for Life.

Project Wolf is being trialled at the charity’s acclaimed Dundreggan Conservation Estate in Glenmoriston, Inverness-shire, lying to the west of Loch Ness.

It involves volunteers operating in teams of three ‘wolves’, regularly walking through the ancient woodlands during the night and at dusk and dawn, creating disturbance that will keep deer on the move.

“Grazing pressure on young trees by too many deer, today undisturbed by natural predators, is the major threat to Scotland’s native forests. This is starkly apparent in the surviving Caledonian Forest, where many remnants consist only of old and dying trees because young trees cannot survive the relentless browsing,” said Alan Watson Featherstone, Trees for Life’s Founder.

“Project Wolf – an innovative answer to this challenge – is supporting our reforestation work by creating a ‘landscape of disturbance’. By walking through Dundreggan’s woodlands at unpredictable times, the volunteers mimic the effect of wolves in keeping deer on their toes and less likely to spend time leisurely eating seedlings and young trees.

“This will encourage new trees to flourish – giving them the chance to form the next generation of forest giants that are desperately needed if the Caledonian Forest is to survive.”

The initiative is taking place during spring and early summer, when – without hunting activity or the presence of large predators – there is nothing to prevent deer from feasting on newly emerging seedlings and the new season’s growth on any young trees.

“Project Wolf is backed by a growing body of research which shows that predators have a much wider impact on their prey than just the animals they manage to hunt and kill. In many ways, the fear that the presence of predators generates in prey animals is just as important as their direct impacts,” said Doug Gilbert, Trees for Life’s Operations Manager at Dundreggan.

Spaces for volunteers for the Project Wolf programme are currently filled, with each volunteer joining for one month only, and Trees for Life is operating a waiting list for those wanting to take part.

In return for their sleepless nights, the volunteer ‘wolves’ are already encountering memorable wildlife experiences, as they are out and about when most people are asleep but when many species are active. Dundreggan is home to many nocturnal creatures including badgers, pine martens, foxes, owls and bats.

Project Wolf is part-supported by funding that Trees for Life received after winning a global conservation competition in March this year. The charity’s broader Rewilding the Highlands project – which also involves the planting of 50,000 native trees and the creation of habitats to offer a lifeline to rare wildlife – won the Alpine category of the 2016 European Outdoor Conservation Association (EOCA) scheme, securing £23,000 as a result of an online public vote.