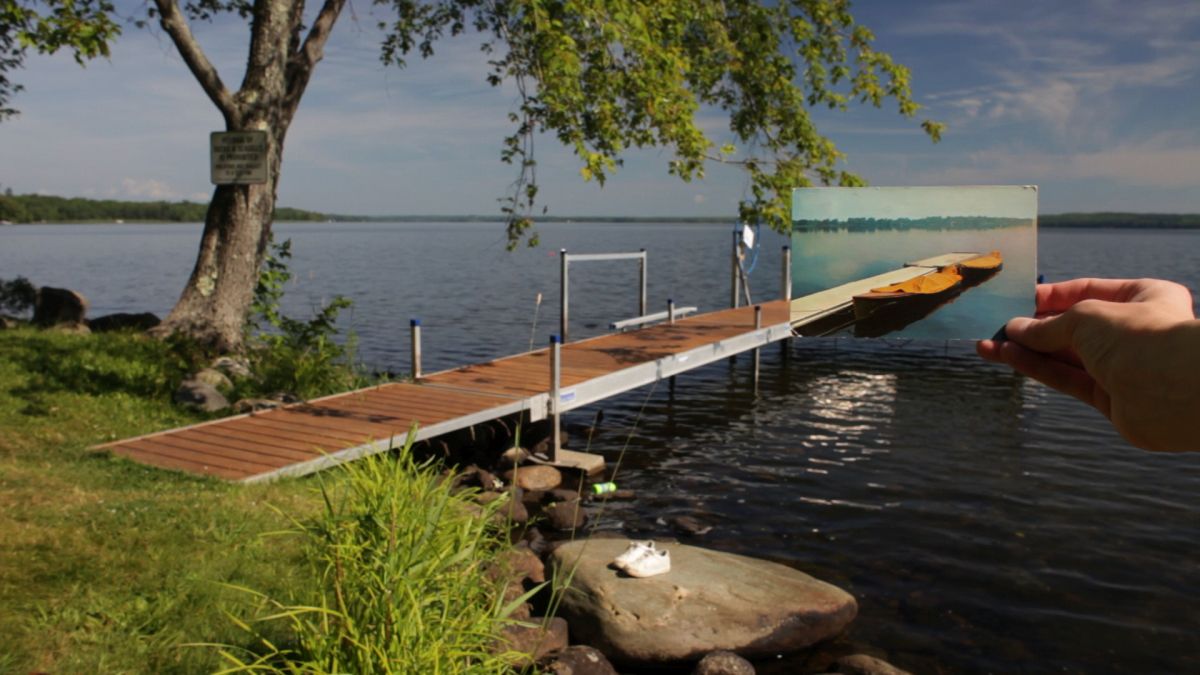 The Sea [is still] Around Us.

As director of The Obituary Project, a compendium of experimental salvage ethnography that transforms a daily form of narrative, Hope Tucker reframes the passing of sites, people, communities, rituals, cultural markers, and ways of being.

Peacock Visual Arts presents selections from The Obituary Project this Wednesday, 18 May 2016, 6.30pm.

She has documented shuttered bread factories, fallen witness trees, and disappearing civil rights era landmarks; animated cyanotypes of downwinders and old instructions for making fishing nets by hand; recorded mobile phone footage of the last public phone booths in Finland; written the entire text of a video out of paper clips, a Norwegian symbol of nonviolent resistance; and retraced the path of protest that closed the only nuclear power plant in Austria.

Vermont says goodbye to Solzhenitsyn
USA, 2012/ 4 minutes/ surveillance video/ Russian with English titles
The Russian writer spent twenty years in exile in a remote American village. This pixelation, part one of a
diptych, was shot on the anniversary of his death.

Puhelinkoppi (1882-2007)
Finland, 2010/ 8 minutes/ mobile video/ Finnish with English titles
Marking a shift in the functioning of private and public space, after existing as a sidewalk staple for over a
century, the phone booth in Finland is now extinct. A Nokia camera phone documents the passing.

Noel
UK, 2005 / 5 minutes/ sound
A songwriter’s identity remains as obscure as his motives for penning a popular American holiday standard.

Bessie Cohen, Survivor of the 1911 Triangle Shirtwaist Fire
USA, 2000 / 3 minutes/ sound
The last ninety years of a complex life become eclipsed by an escape from a burning building.

Big Star
USA, 2003 / 3 minutes/ sound
The map-maker grew up down the street from where the car hit the tree and rode many a Big Star cart.

Handful of Dust
USA, 2013/ 9 minutes/ mono recording from 1953
Prussian blue can be used to render images and counteract radiation poisoning.

Vi holder sammen/ We hold together
Norway, 2011 / 4 minutes/ Norwegian with English titles
A typeface formed by hand from paper clips spells out an imperfect construction of a national history as it
visualizes a period of nonviolent resistance.

The Sea [is still] Around Us
USA, 2012/ 4 minutes/ sound
Rachel Carson is dead, but the sea is still around us…this small lake is a sad reminder of what is taking
place all over the land, from carelessness, shortsightedness, and arrogance. It is our pool of shame in this,
’our particular instant of time.’ E.B. White, 1964

Hope Tucker transforms what we know as a daily form of terse, text-driven, populist narrative through The Obituary Project, a compendium of moving image that gives new life to the antiquated documentary practice of salvage ethnography.

She has animated cyanotypes of downwinders and instructions for making fishing nets by hand; photographed shuttered bread factories, fallen witness trees, and decaying civil rights era landmarks; recorded mobile phone footage of the last public phone booths of Finland; written the text of a video out of paper clips, a Norwegian symbol of solidarity and nonviolent resistance; and retraced the path of protest that closed the only nuclear power plant in Austria.

* Downwinders refers to the individuals and communities in the intermountain area between the Cascade and Rocky Mountain ranges who are exposed to radioactive contamination or nuclear fallout from atmospheric or underground nuclear weapons testing, and nuclear accidents.