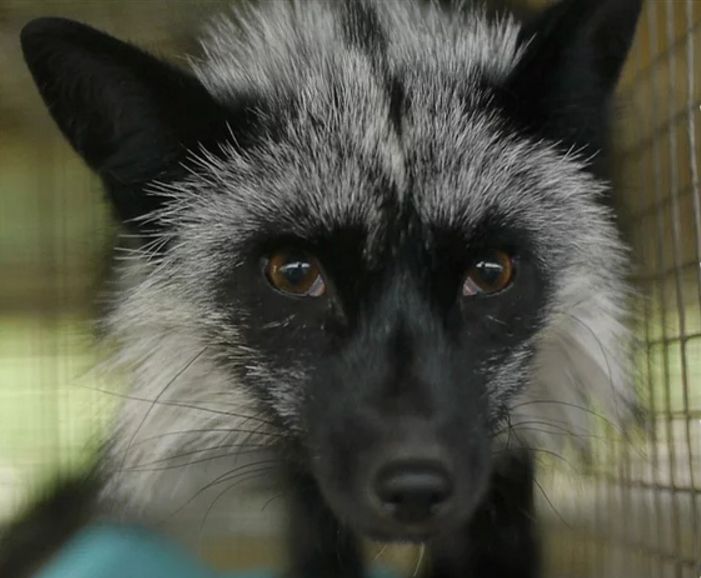 With thanks to Flo Blackbourn.

International animal rights organisation, Animal Justice Project, is hosting a Nationwide tour of award-winning premiere documentary, Inside Fur, which takes viewers undercover inside the secretive fur industry in Norway and China.
On 8th December 2015 at 7pm the film premieres at A19, Taylor Building, University of Aberdeen.

The 57 min. documentary directed by Norwegian film director, Ola Waagen, follows the work of undercover investigator and psychologist, Frank Nervik, as he goes deep undercover to dupe fur farmers into believing he is entering the industry to farm animals for their skins.

Nervick reveals harrowing, never-seen-before footage using covert cameras in both Norway – one of the largest fur producing countries in the world – and China, the number one fur producer.

Major fur export markets include China, Russia, Canada, and the EU. Norway is a major fox fur producer, along with Finland and Poland. Skins from these countries are sold under the Saga brand through the Saga Furs auctions. The UK, Ireland, Switzerland, Austria, Croatia, Sweden, Denmark, The Netherlands, Germany and Italy are among the countries that have banned parts of or their entire fur industry, though these countries still allow imports.

Norway’s controversial fur industry – which involves over 200 fox and mink farms – has been exposed by several leading animal protection organisations in the country, revealing numerous and severe violations of the law, as well as wounded and suffering animals. State authorities in Norway have stated that there is ‘shocking’ evidence of animal abuse.

In May 2015, the Norwegian government announced that it would slash financial support to the industry and, this month, over 7,000 Norwegians took the streets in Europe’s largest anti-fur event to call for a ban on fur farming. The Government is now considering banning fur altogether following this event and the launch of a groundbreaking report on the industry.

Fur is currently a hot topic in Britain also, and the film tour follows closely an airing of the investigatory BBC1 television program ‘Fake Britain’, which exposes well-known high street shops such as TK Maxx and House of Fraser, to be selling real mink, raccoon, raccoon-dog and weasel fur fraudulently labeled as ‘Faux’.

“This film, Inside Fur, is very relevant right now, as we are entering the season in which fur trim and the occasional fur coat are increasingly seen on the high street. This film is important viewing for anyone who has an interest in animals and the fashion industry, as it exposes the truth of the fur industry and the immense cruelty involved.”

Animal Justice Project is an international organisation working in Europe and the United States to end the use of animals in laboratory research and other forms of speciesism.