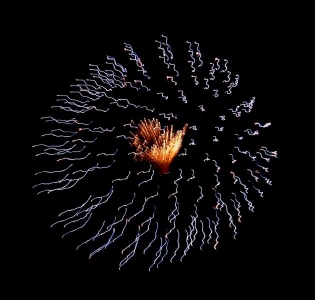 The public are being urged to report any misuse of fireworks in the run-up to Guy Fawkes Night on 5 November. With thanks to John Robins, Secretary of the Animal Concern Advice Line

It is illegal for fireworks to be sold to anyone under 18 and for persons under 18 to be in possession of fireworks in the street or other public areas. If someone suspects that a shop is selling fireworks to people under 18, or if they see a person under 18 with fireworks they, should report this to the police immediately.

People making bonfires are asked not to build the bonfire until a few hours before it is going to be lit. Piles of wood and other materials can attract hedgehogs, frogs and other animals looking for a place to hibernate, so it is best to store the material for the bonfire in a different area

Owners of pet and other animals are urged to make preparations for bonfire night. All animals should be kept inside from before sunset on 5 November. Having a radio or TV on can help distract the animals from the noise of the fireworks.

“There is no doubt the changes to the law  introduced in 2004 have greatly reduced the number of nasty incidents involving fireworks, but we are still getting reports of fireworks being set off in the street.

“Fireworks can injure or kill pet, farm and wild animals!

“Ideally, I would like to see the private purchase of fireworks totally banned and their use restricted to licensed public displays. Until then we urge the public to report any misuse of fireworks to the police immediately. But the police cannot enforce the law if they do not know it is being broken.

“If you witness a shopkeeper selling fireworks to under-18s, or if you see anyone under 18 with fireworks in the street or a park, call the police immediately, give them as much detail as possible and ask them for an incident number so you can phone back later to find out what action was taken.”

“People who do decide to hold a private bonfire and fireworks party on 5 November should follow the fireworks code to ensure the safety of everyone involved and any animals in the area.

“However – and especially when money is tight – instead of spending a lot of cash on a private fireworks party it is much better to go to organised public displays where, for nothing or a small donation, you can watch thousands of pounds worth of very powerful and spectacular fireworks being set off safely by experts.”