Fire Exit presents ‘International Waters’, in co-production with Tron Theatre. With thanks to Liz Smith. 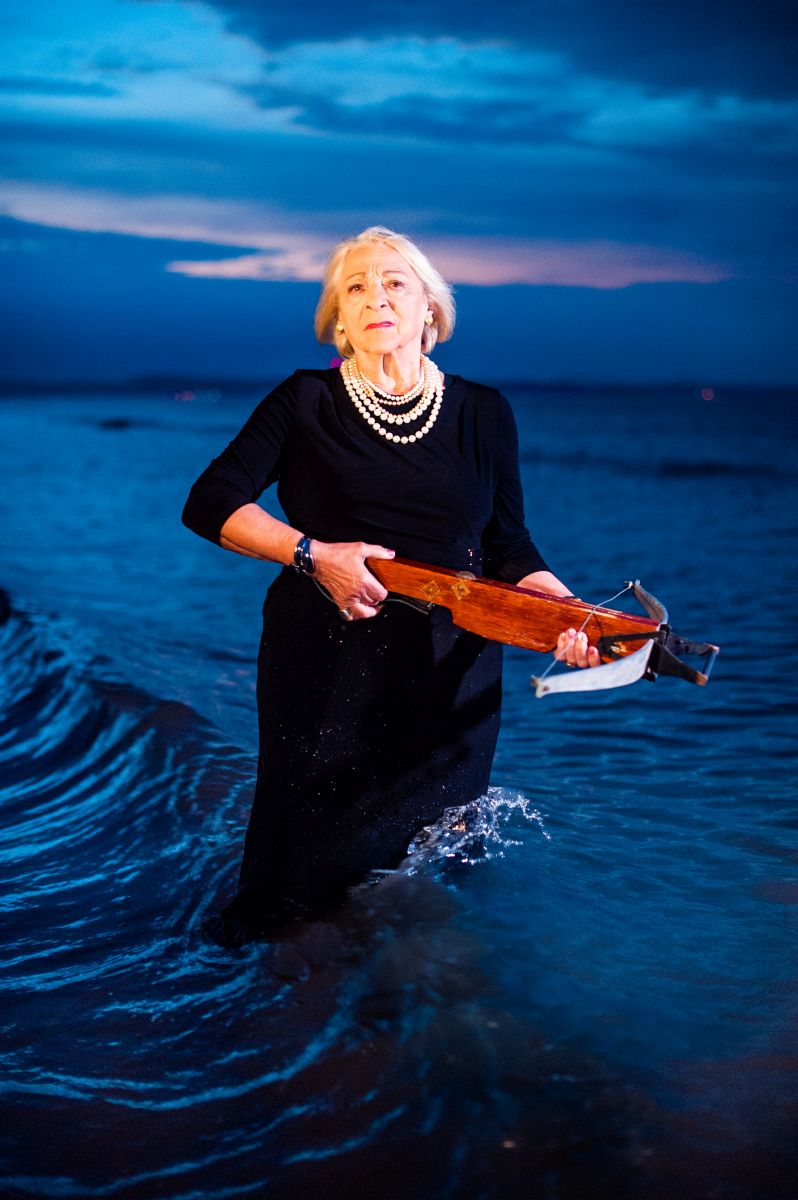 The social fabric has finally torn. Airports are closed, roads are blocked. Now even the 1% need to seek asylum. Four obscenely rich members of the elite pay through the nose to join an exclusive party on the last ship leaving London.

They stay alive using the only things they know – money, sex and madness. But the ship is sailing in the wrong direction.

Like a perverse Aesop’s fable for the apocalypse, the twisting plot explores how progress can sometimes turn out to be a trap.

The room keeps inexplicably shaking with an ear-splitting mechanical growl. Is this exile, extradition, extraordinary rendition?  Are other passengers hidden on board? What’s their dangerous cargo? There’s a rumour it’s animals. Pairs of animals.

An aging pop crooner, a hapless trophy wife, a foul-mouthed photojournalist and a neurotic civil servant all know much more about the outside world than they’re letting on…

International Waters comes from multi-award-winning writer and director David Leddy, who has been called ‘Scotland’s leading theatrical innovator’ (Times) a ‘maverick’ (Guardian), a ‘genius’ (Scotsman), an ‘iconoclast’ (List) and an ‘institution’ (Independent).