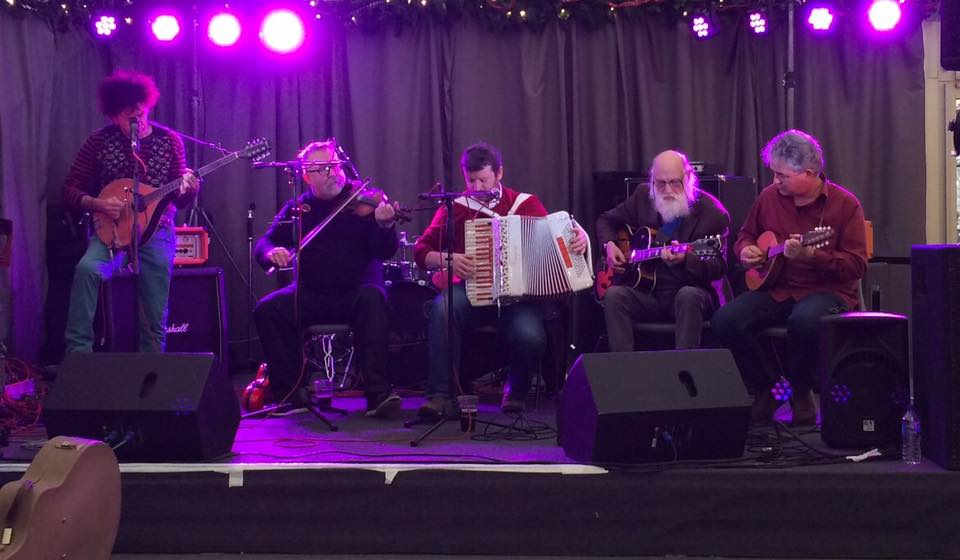 It really was a brilliant night. The 2015 Iron Broo Christmas ceilidh went with a swing at St. Margaret of Scotland’s Church hall at the Gallowgate, Aberdeen on Saturday the 19th of December.
Keen ceilidh goers traded their winter blues for their dancing shoes in preparation for the Christmas holidays.

As promised it was a good old-fashioned Scottish evening where guests were invited to bring their own beverage and snacks and enjoy a ‘reel’ ceilidh.

Families and friends came and took part in the dancing, which knew no barriers to age with children, young people and the more experienced taking part. All the dances were called and everyone was invited to join in.

Nobody was left a stranger by the end of the night.

The raffle and a ‘throw coins at the whisky’ game were held to raise money for ‘Charlie House’ a local Aberdeen children’s charity.

Iron Broo would like to thank The Devenick Dairy who donated a ‘Big Beast’ Christmas hamper, full of cheeses and goodies and Makro Aberdeen for donating a bottle of malt whisky for our whisky game. A respectable £173 was raised for Charlie House.

Congratulations to Lydia Van Beers for winning the Devenick Dairy ‘Big Beast’ hamper and to Jonathan Scott for winning the Makro Whisky game with a bottle of 12 year old Old Pulteney.

“Everyone who came tonight had a fantastic time. You can’t beat a ceilidh in a wee hall for a friendly welcoming atmosphere. It’s a really great low-cost night out for anyone. Especially welcome at this time of year. Everyone is smiling,” said Charlie Abel, Iron Broo’s accordionist and band leader.

The ceilidh at St. Margaret’s was the second performance for Iron Broo on this particular day having entertained an appreciative lunchtime crowd at the winter wonderland festival on Union Terrace. The next public ceilidhs from Iron Broo are being planned already.