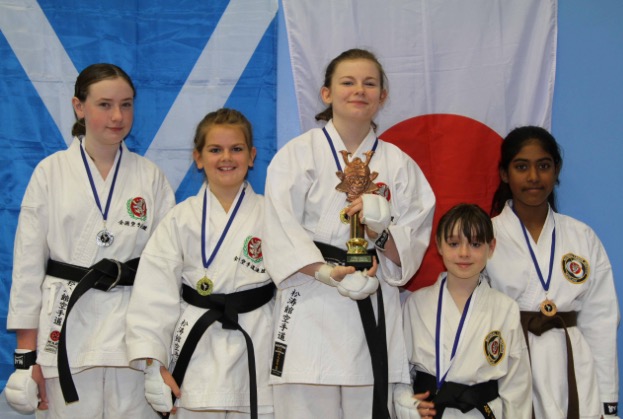 The National Karate Federation, Kumite Championships for 2015, held in Aberdeen at Cults Academy, were a great success.
The club had been preparing hard for the event that inspired over 200 people from both Shotokan and Wado to take part.

We were very lucky to have Lady Bruce in attendance as a special guest and she was very pleased to be given the honour of presenting the medals and trophies to the winners.

The day before the competition a referee seminar was held, instructed by Chris Davidson, our own WKC referee and chaired by Ronnie Watt.

Senior members of the NKF squad and executive committee took part and became fully qualified NKF officials for NKF competitions. The club would like to thank them for their hard work and for their assistance in running the competition so efficiently on the following day.

Back on the day when they first entered Ronnie’s dojo, many of the competitors never imagined they’d become karate champions. 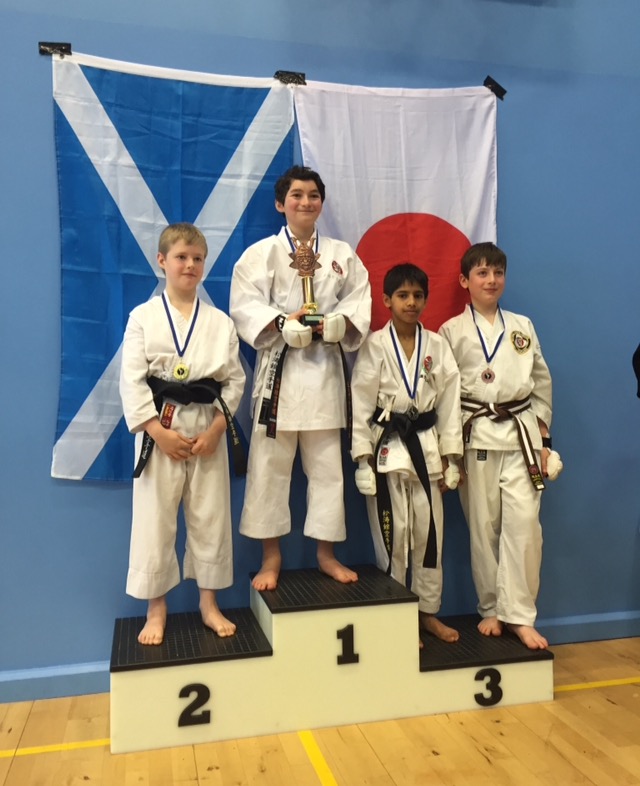 Our Aberdeen club is very proud to have run such a successful tournament off it’s own back with no funding other than the entry fee which helped cover the cost of medals and trophies and hall hire.

This success is, yet again, testament to the hard work put in by the members under the expert eye of Ronnie Watt (8th Dan) OBE ORS who would like to thank the NKF members for their continued dedication to training real karate.

Here are the results: