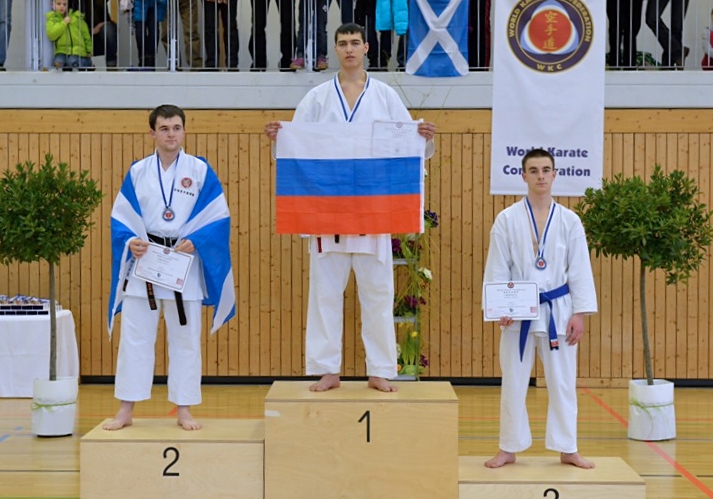 Aberdeen’s own National Karate Federation have done it again.

They represented NKF Scotland on the world stage during the open World Karate Confederation (WKC) Championships held in Munich, Germany on 24th and 25th January.

While many of us folks back home were tucking into their traditional Burns haggis, the Aberdonian athletes were burning off the calories and fighting their way through some really tough competition.

Facing over 400 competitors from 14 countries the self-funded NKF had some great results, against giant competition from the USA (who had some 400,000 karate students and government funding to draw from) and Russia who even had members of their military taking part.

“The team were outstanding. I’m absolutely delighted! It’s one of the best results we ever had. All the team have been training really hard, some since the age of 7. To get so many medals against such fierce and overwhelming competition from around the world is remarkable. We were vastly outnumbered but these results show we were not out-classed. For such a small club from a small country we proved we have big hearts, brave hearts and dedication to our Karate.”

Invitations for the NKF squad to perform and teach Karate have been coming in from around the world. 25 MSP’s at the Scottish Parliament have signed a motion to formally thank the NKF. Many letters of congratulations from politicians and diplomats have been arriving on Ronnie’s door step. 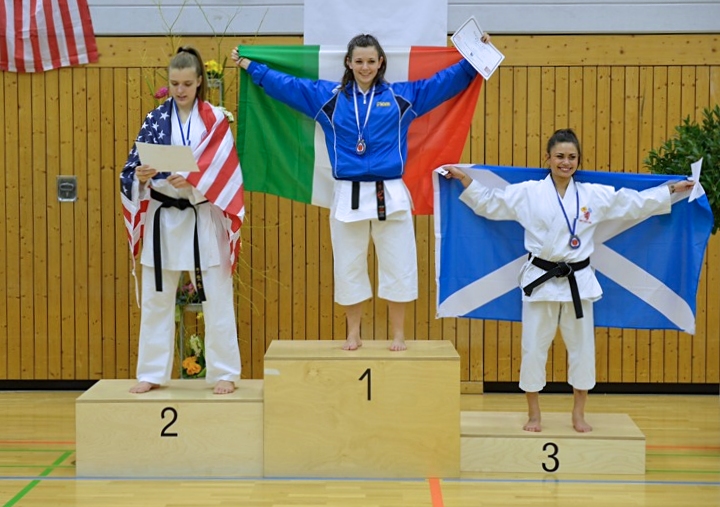 Aberdeen based NKF managed to bag an incredible 16 medals for Scotland.

John McInnes (18) won silver in male Kumite (sparring) narrowly missing out on a gold due to being forced by judges to withdraw during the fight due to the blood flowing from his brow after a punch struck him, needing several stitches.

Three sisters from Inverurie, Sara, Chloe and Lisa Calder took home an incredible 8 medals between them.

Their father Jock Calder, (Senior NKF squad coach, 5th Dan) is very proud of them and after their hard training they have now taken a total of 18 medals at world championships, one being a Gold for Lisa Calder in 2006.

The two older sisters also took part in the team event for Kata along with Nissara Kirk, the team winning bronze in the kata and silver in the kumite.

Hamish Barclay, John Willis, Mike Smialowski and Kai Thompson all performed well reaching the semi-finals in the individuals and fourth in the team events.

The NKF squad are back in training now and are aiming for success at the next festival. One which they will host themselves in Aberdeen in May. The International Karate Festival.

Anyone interested in training Karate should call Aberdeen 734607 for more information. The club meet in Aberdeen, Cults, Kintore and Inverurie.

“ We are always keen to attract new members of all ages.”