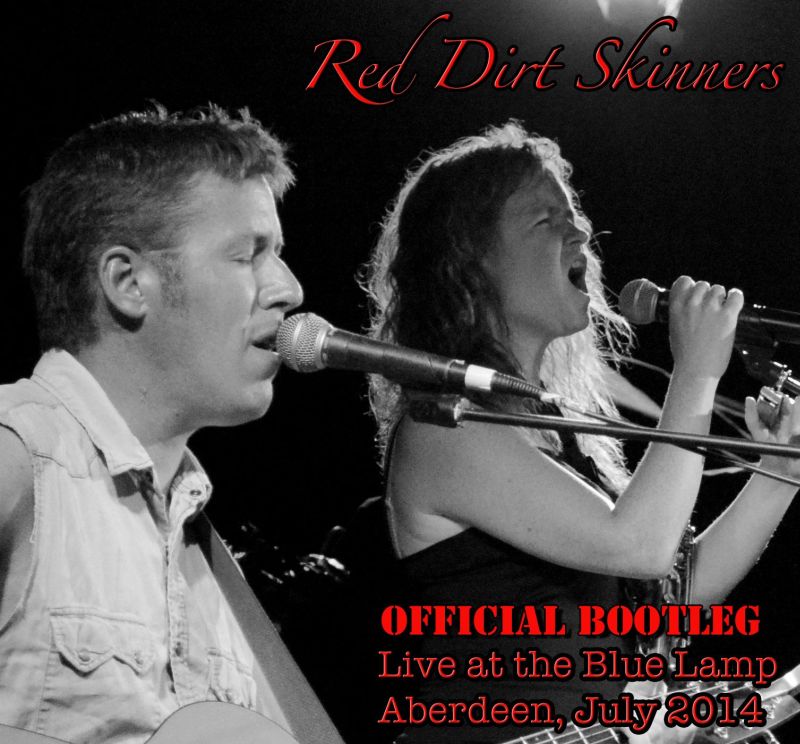 Rob and Sarah Skinner have taken Scotland to their hearts following their triumph at the 2013 Orkney Blues Festival and their Summer 2014 Scottish tour. They always declare that they don’t want to return to the Sussex after touring here, and audiences are reluctant to let them go. One day, they will return for good to help lay the foundations for Our Big Community Arts Thing.

Nearing the end of their second tour of the country in 2014, the Skinners again held court at The Blue Lamp, where their Live In Aberdeen CD was recorded in July.

Whilst their genre-defying set and ability to add fire and spice to any musical gathering would have seen them at home at the Jazz Club in the big bar downstairs, the intimate setting of the upstairs bar was ideal.

Those familiar with their set, from a previous show or the Live In Aberdeen recording, were in for few surprises. Confusing the genre purists, for whom a sax in a country band is the work of Satan or for whom a drum kit draws a moustache on folk music’s Mona Lisa, is almost a hobby for the Skinners.

Blues, both Brown’s Ferry and Idabel see those bases covered, takes on John Prine and Ryan Adams see the country and folk appetites sated and the Skinners’ original songs telling of monochrome dreams, over-indulgence in loopy juice and hangovers, admirably unclassifiable, are warmly appreciated. Thankfully, there was no reprise of The Portsoy Tom Jones Moment of the evening before, where garments were thrown onstage. They’re a rum lot in Banffshire. I blame the rum.

The Lampie atmosphere was much more akin to that of a house concert, home ground for Rob and Sarah, with constant cheery badinage between Skinners and audience, but the music was still serious and the duo’s performance as focussed as if they were on the Cropredy bill. Their versatility is admirable, wholly professional and heart-warming. Engaging with audiences whilst taking obvious enjoyment in their art is a skill not always easily-learned.

Martin Raitt of Almost Blue Promotions has already re-booked the duo to play at Lampie in August next year and new friends they made in Gallowgate are already talking about house concerts and other promotions around that date.

The Skinners’ creative switches are never set to ‘off’ and new material is coming together, inspired by the events, troubles, joys and bizarre happenings that itinerant musicians bear and enjoy.

It’s good that they share the good times with us.