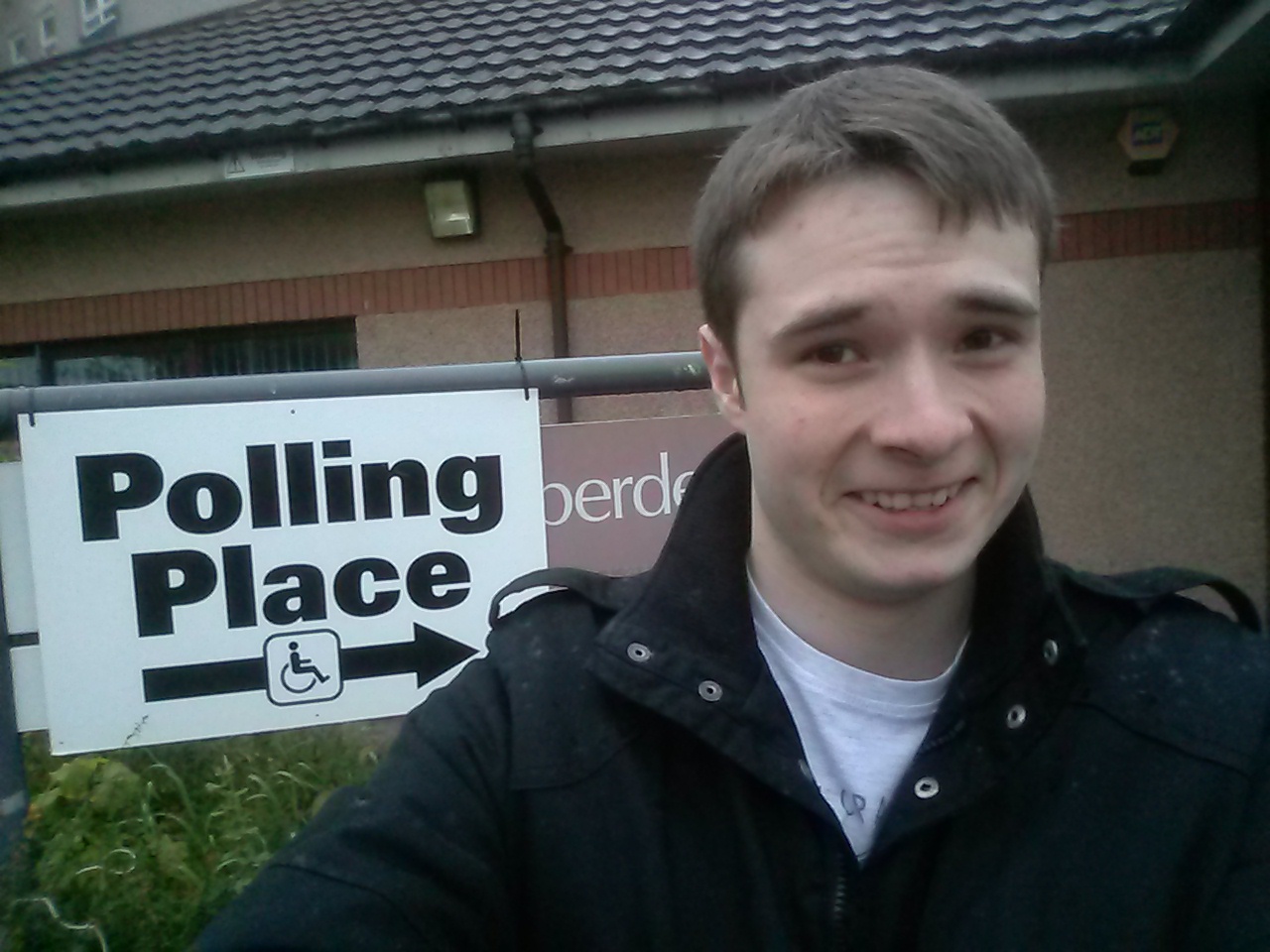 Struan King believes the value placed on the youth vote needs to change.

With thanks to Struan King.

Two young people from Aberdeen have written to Jenny Laing and Mike Russell calling for 16 and 17 year olds to be allowed time off school to vote in the referendum.
Aberdeen Central’s two MSYPs have asked whether those in school and who are registered to vote could be allowed to miss out some of their school day to visit their local polling station and cast their ballots.

“Young people are those who will be most affected by the Scottish Question and as such it is essential that they are given every possible opportunity to get involved.

Voting is a key part of the democratic process and that is something that is now part of the Curriculum for Excellence being taught in schools. Rather than preaching the importance of taking part in politics, we hope that they can instead be given time to actually make their mark.”

“This would be a simple and practical measure to ensure that young people have the opportunity to actually cast their vote.

“Allowing those who have registered to vote to take a short time out of school to get to and from the polling station shouldn’t be asking for too much.

“I hope that this suggestion will be considered and I would be delighted if it helped lead to increased turnout among young people.”

WHY IS VOTING IMPORTANT?

“It is common practice for young people to be excluded from participating in the democratic process; the value placed on the youth vote needs to change.”

“There are so many issues that affect young people and very few elected members are actively consulting or championing their voices. What we as a Youth Parliament do is step up to ensure every young person has their voice and has the information to get involved.”

WILL AN INCREASE IN YOUNG VOTERS CHANGE POLITICS?

“Extending the Vote to 16 & 17 year olds is a landmark for Scottish politics. The acid test will come post September in how this historic opportunity is carried forward; has the referendum re-engaged youth and will we see more young people involved in all levels of the democratic process.”